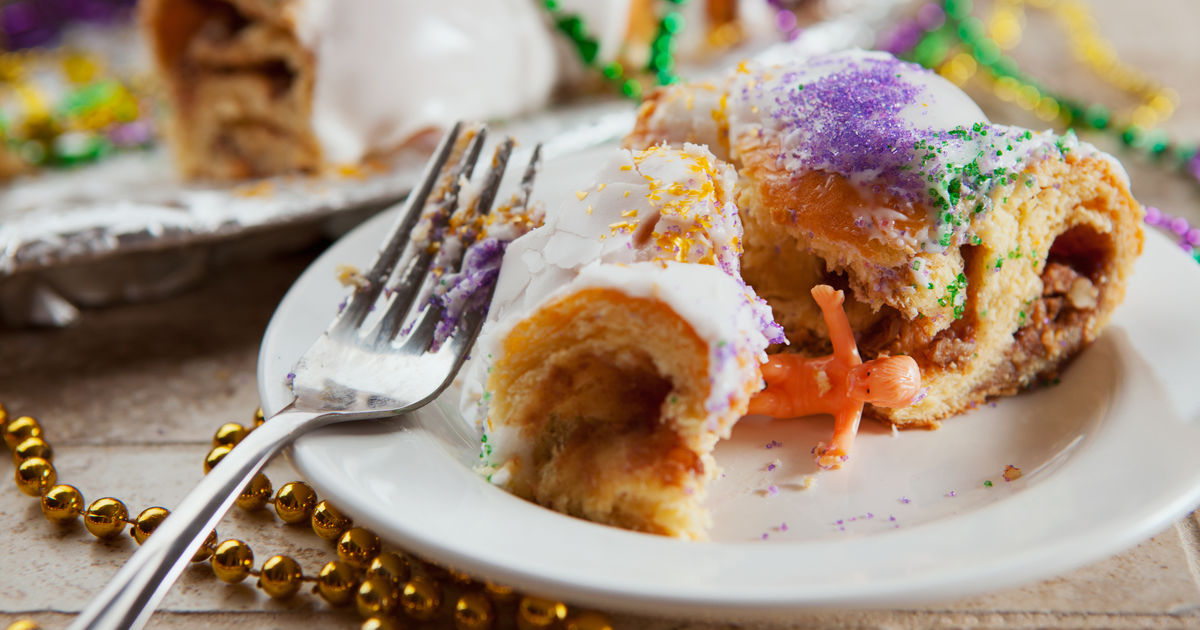 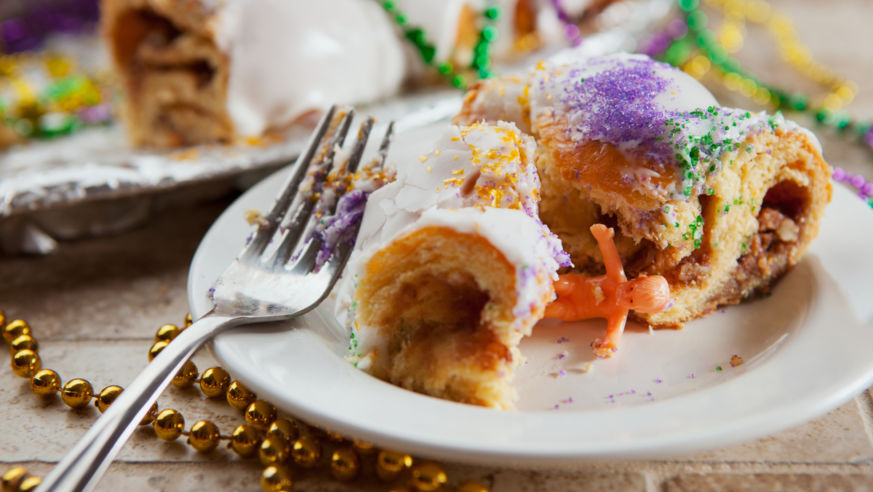 While Covid-19 has put 2021 Mardi Gras on hold, there’s a way to tastefully and safely celebrate it at home. It’s by ordering a king cake by mail.

There are bakeries across the American South that ship their creations of this oval-shaped and tri-hued dessert across most of the U.S.

Often many of them maintain the traditional king cake recipe of a brioche base adorned with white icing and gold, green and purple colored sugaring. Others have experimented with more contemporary versions and fill them with cream cheese or fruit flavors and go all out with toppings. And most bakeries can process mail orders to send a king cake right to your doorstep.

Of course, Louisiana is synonymous with Mardi Gras and has many bakeries that ship king cakes.

In New Orleans, Gracious Bakery + Café’s King Cake Mix is available for purchase online. The artisan bakery has boxed up what’s needed for making a king cake in your kitchen; you just need to add in the wet ingredients.

Randazzo’s Camellia City Bakery in Slidell sells out quickly on its king cake shipping orders. Upon seeing their webpage, you’ll know the reason why. Theirs range from traditional to ones filled with cream cheese or topped with pecans.

Brennan’s in New Orleans is famous for its bananas foster but for 2021 Mardi Gras the fine dining restaurant is shipping three special king cake varieties. They are traditional, a Chocolate “Black & Gold” and “Pink Parade” Strawberry Cream Cheese.

Gambino’s Bakery, a NOLA longtimer, has king cake specialty packs with Mardi Gras attire to don while dining on this dessert, among other choices.

Cannata’s Market in Houma has a RougaGooey King Cake adorned with Louisiana roasted pecans and cane sugar, white chocolate, and gooey butter along with Mardi Gras beads. Another reason to buy this cake: a donation from its sale goes to the South Louisiana Wetlands Discovery Center.

Among its king cakes, Cajun Pecan House in Cutoff has a popular cinnamon-pecan flavored king cake. Or splurge on king cake carnival packs, having the King Cake story, Mardi Gras beads, doubloons and a porcelain mask.

NOLA’s Haydel’s Bakery broke the Guinness World Record for the world’s largest king cake in 2010, by creating two giant rings that wrapped around the Superdome. Haydel’s king cakes include traditional or filled with cream cheese, German chocolate and other choices.

Delicious Donuts & Bakery in Lake Charles takes mail orders by phone. Their king cakes choices involve their pecan and praline along with fruit or cream fillings with choices including cream cheese, apple, blueberry, cherry, and strawberry.

In Baton Rouge, The Ambrosia Bakery sells mini, small, and large versions of its traditional king cake along with a Zulu King Cake with a coconut, cream cheese and chocolate morsel filling.

Crystal Weddings in Lafayette has an alphabet of king cake flavor options, from almond amaretto to strawberry cream cheese.

Mobile, Alabama also celebrates this pre-Lenten festival. The Lighthouse Bakery in Dauphin Island, Ala. ships their baby king cakes by mail but requires orders to be placed over the phone during business hours.

Galveston has both the largest Mardi Gras celebration in Texas and the third largest one in the nation behind New Orleans and Mobile. Both the Maceo Spice and Import Company and Gypsy Joynt take orders over the phone for shipping king cakes.
In Houston, which also honors Mardi Gras, Rao’s Bakery ships king cakes with traditional cinnamon or strawberry, blueberry and raspberry fillings; mini king cakes are also available.