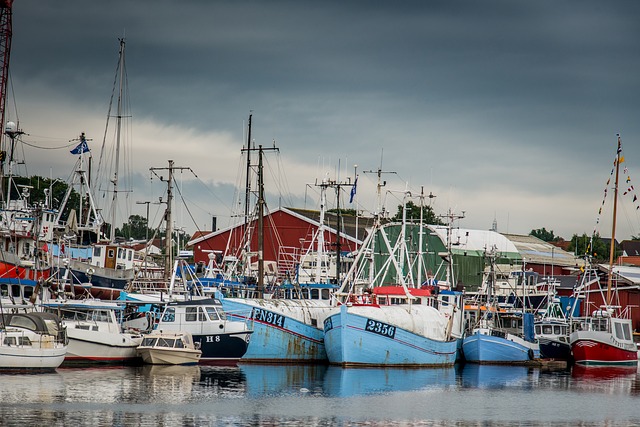 Remember in the Angola episode I mentioned how I went to Denmark one time about a sandwich that was twenty-one dollars? Well, this was that sandwich and my reaction was like, “TWENTY-ONE DOLLARS?!” Well, this better be the best sandwich I’ve ever had in my life.

…you got lucky. It’s time to learn Geography, NOW! Hey everybody I’m your host Barby. Legos, Vikings, and Rødgrød Med Fløde. We have a lot to cover, so let’s jump in! Ahh, Denmark. The link between the rest of Europe and Scandinavia so much to discuss.

Denmark is classified as a Nordic country, hence located in the northern European region, even though it’s kind of like the southernmost state in the Nordics. Full disclaimer: Ignore Wikipedia, I’m going to pronounce the location names in their proper Danish context, so here we go.

Denmark is made of the Jylland (yule-land), not the ‘jut-land’ peninsula that connects to Germany in the south, as well as 1419 islands of those only 443 are named, and 74 are inhabited. With the largest island being Sjælland, not ‘Zea-land’, which is not to be confused with Dutch Zeeland, which is not to be confused with New Zealand, although they did get their name- “I CAN’T TAKE IT, THAT’S TOO MUCH INFORMATION” It is connected to Fyn (f-Yoon) island, not ‘Fin’ Island by the great belt bridge, completed in 1998.

The country is divided into five regions, the capital being Copenhagen, located on Sjælland. Copenhagen is home to a myriad of historical sites, palaces, statues, residential units; that are all the same height and style, with pockets of colorful quaint cozy shops and cafes and dangerous bicycle lanes -that you are not supposed to walk on.

Now, this is where things are gonna’ get a little spiced up, and by spiced up I mean cold and covered in whale blubber. Denmark, for those of you who didn’t know, is a kingdom, one of the last surviving ones in Europe, and is currently under the headship of chain-smoking Queen Margrethe the second.

They still fall under danish sovereignty and make up the massive Greenland island and the little Faroe islands. Both of these places are radically different from mainland Denmark. For one, Greenland is primarily inhabited by Native Inuit tribal peoples that live on the island and is eighty percent covered in ice year-round.

The Faroe Islands are a conglomeration of twenty-ish mystical, cloudy, windy islands that have this crazy looking like that looks like it’s about to spill over the cliffs into the ocean. These two areas have their own self governing ‘home rule’, otherwise only depending on Denmark for military, justice, currency, and foreign affairs.

Otherwise, I mean that’s pretty much it, I mean historically they did ‘try’ to kind of create an empire by colonizing parts of the Caribbean, Ghana, India, and then in the Nicobar Islands in the Indian ocean, but they kinda’ ran out of money and ended up selling everything to other countries.

Too bad, it would be awesome to see people in the Indian Ocean speaking Danish. Nonetheless, mainland Denmark is kinda’ like a fast-moving economic machine. Let’s talk about how. Now, when it comes to land make-up, Denmark is pretty flat.

I mean the highest point – Møllehøj (much-lei-hoy) is only about a hundred and seventy meters tall, and it looks like this. Otherwise, only about 13% in the country is forested, including the tree plantations, and the rest is pretty much used for agriculture that can produce enough food to feed about 15 million people.

That’s about three times the size of their entire population. Good for you, Denmark! But one thing Denmark is actually famous for growing is non-produce plants like grass, fodder, and Christmas trees.

The highly sought-after danish Nordmann Fir has been classified as the ‘Rolls-Royce of Christmas trees’, and every year investors from Germany, the Netherlands, and even the UK jump in at the end of November and grab whatever they can before it’s gone.

Now, one thing you need to know is that, like many other areas in the Nordic region, Denmark’s weather can be quite dreary. First of all, Denmark is the only Nordic country that doesn’t really get a lot of snow.

Denmark is kinda’ like the mud pit located below the jet stream, blocked by Norway and the UK. This means that even though it gets really cold, pressure systems rarely cause snow. That’s also pretty much why everybody dresses like a J.

Crew fall-fashion line model on the streets. If you’re gonna’ get wet and freezing, you may as well look good while doing it. Otherwise, yeah. I mean pretty much the rest of Denmark is just rolling-green plains with sandy beaches and quirky little islands that people like to hop over for camping trips in the summer.

If we were going to talk about Greenland and the Faroe Islands, we would get a radically different story of mind-boggling captivating cliffs, blocks, sea stacks, glaciers, fishers, icebergs, and mountains.

If you don’t know what a Moulin is, it’s not this, but this. “This Moulin is large enough to swallow a school bus.” But we’ll have to save that for another video, that’ll come out in 9374 years.

In the meantime, let’s talk about the people. Now, this is gonna’ get really fun. Denmark’s people are really unique in their cultural, historical, and postmodern upbringing. First of all, the country has about 5.

7 million people and is one of the highest-taxed countries in the world. About 89% of the country identifies as ethnically Danish, about 11% are others. Some of the largest groups in the ‘Other’ category being the Polish, Germans, Turkish, Romanians, Iraqis, and Afghans.

Now, when it comes to Danish culture there’s a lot behind it, but in a nutshell, Vikings. Vikings pretty much had their start in what is now present-day Denmark and, pretty much, dominated all of the Nordic regions as far as Newfoundland in Canada to Estonia.

Sure, there are several discrepancies, but overall, they can kind of get by conversationally. Granted, there’s a saying: The Norwegian and Swedish languages sound like dancing fairies whereas the danish language sounds like a dude with a potato in his mouth.

By the way, anybody who wants to learn Danish, full disclosure: it’s gonna suck. The J makes the Y sound, the Y makes the “oo” sound, the V makes the W sound, the R makes the R (Gutteral) sound, the H is silent half the time.

A ton of the letters are never even used and don’t even get started on Æ, Ø, and Å. I kind of discover a little trick that when I went to Denmark. When speaking Danish, all you really have to do is kind of pronounce the first part of the word that you think makes a sound, and then just kind of give up on the rest of the word.

For example, I’m literally just listing names of places in Copenhagen that I’ve been to. Honestly, though, you really won’t have much of a problem getting around if you speak English. Over 80% of the entire country, mostly the younger generation, speaks proficient English to the point where they don’t even need subtitles when watching American TV shows and movies.

Also, keep in mind Greenland has its own language that is completely unintelligible as it’s an Inuit language closer to the indigenous in the languages found in Canada and Alaska, and Faroese is pretty hard for most Danish people to grasp as it actually has more words rooted in the ancient Norse language and it’s actually more intelligible to Icelandic.

Back to culture though, Denmark has definitely left its mark whether it’s notable figures like author Hans Christian Andersen, philosopher Søren Kierkegaard whether- “That’s actually how you pronounce his name.

” “Wow” “it’s not So-ren Kirkegaard, it’s-” Or whether it be the invention of the loudspeaker, or Legos, or their love of handball, their impeccable architecture, love of cuisine Noma, in Copenhagen by the way, being voted the best restaurant in the world with plates that feature live ants and moss, if you’re really going to get a ‘feel’ for Danish culture though, you kind of have to know about Janteloven and Hygge.

The funny thing is, Danes are kind of brought up in a social mindset that is kind of integrated into their subconscious known as Jantaloven which kind of translates to something like “You are not better than the crowd” which, I know, sounds kind of depressing, but it’s really trying to instill a sense of equality and communal cooperation.

Hygge translates to something like “Spend good times with friends and family and it’s like a cozy thing.” Of course, Denmark is known for being ranked one of the happiest overall countries, even though they are also kind of one of the highest-ranked consumers of antidepressants as well, but hey.

and we’re being attacked by the Germans again.” Seth: “I’m scared, I’m really, really scared right now.” Christina: “Just run to the security basement! *giggles* ” Barby: “THE GERMANS ARE COMING !” Speaking of Germans, Now, we all know that one person we’re all kind of jealous of because they’re kind of rich well-adjusted and have a ton of friends and they’re like the kind of good-looking, well that’s Norway.

Denmark is a little bit rockier. No, but seriously. For such a small nation, Denmark has a huge entourage of friends and it’s almost kind of hard for anyone in the world to dismiss them at a party.

As a founding member of the EU and NATO, Denmark has had roots planted in diplomacy for decades. First off, Denmark generally gets along with Germany. Business between the Germans is a hugely integral part of their economy and Denmark acts like the gateway to Scandinavia for them and the rest of Europe.

The US and the UK are incredibly close as both tangible and cultural imports have been established for centuries. For a while, the Danes even took over parts of the UK, which is why to this day the English language still retains hundreds of Old Norse derived words like leg, dog, and window.

the closest friends though would have to be the Nordic countries. Finland, Sweden Norway, and Iceland. These four are, without a doubt, Denmark’s closest friends, even though Sweden and they have kind of had more wars and battles historically than any other two states in the world, they’ve moved on and grown-up.

Out of the Nordic countries though, Norway would probably be considered their ‘best friends’. Danes are obsessed with Norwegians and often considered Norway’s the girlfriend they took away from Sweden’.