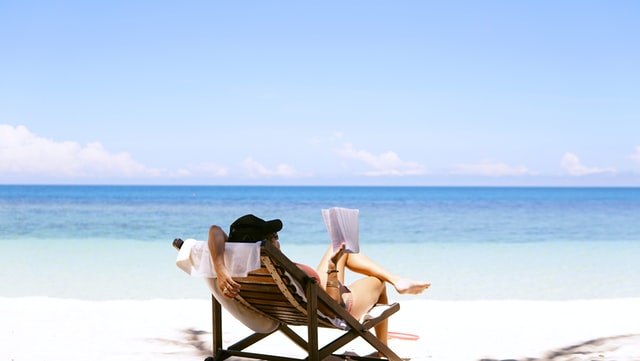 Hopefully, this is the year. You can safely see a little bit more of our beautiful world. Now some of the places in this list are currently closed or very restrictive to travel, but hopefully, as the year progresses, more destinations will safely open up for tourism.

Let’s start this video off at the beautiful islands of French Polynesia located in the south pacific French Polynesia is made up of over 100 islands. Now one of the most stunning islands is bora.

I mean look at this place. It doesn’t, even look real, I mean just how the eyelets and the coral reef protect the island, and the crystal care lagoon just blows my mind. I mean it. Couldn’t be more perfect.

Now, if you’ve got some money to blow. You can stay at one of the ocean, bungalows that are built right above the ocean water. Now the center of the island is a dormant volcano, called mount ultima, and stands an impressive 727 meters tall.

Now, to get to bora, bora, or any other destination in french Polynesia, you’re required to take a covet test 72 hours prior. So if you can afford it, french Polynesia might be the place to go adventure and relax in 2021.

After we’re gonna head over to the country of new Zealand, now, if you’re like me, new Zealand has been on your travel buck list for as long as you can remember, it’s, a land full Of mountains, like Switzerland, fjords like Norway and landscapes straight out of lord of the rings now, new Zealand is made up of over 700 islands, but the two major ones are the north and the south islands.

If you’re down for some adventure and crazy landscapes, I’d, say the south island is where it’s at it. It’s home to the southern Alps. Where mount cook is located, it’s. The tallest mountain in new Zealand and stands at over 12 218 feet high.

Another incredible spot is the Milford sound described as the eighth wonder of the world. The Milford sound is a fjord that was carved out by glaciers during the ice age. It’s, one of the wettest places in the world and the whole area is full of rainforests and magical waterfalls.

Right now it’s, pretty much impossible to visit new Zealand unless you’re a resident, but hopefully, travel can open up more to the country late in the year. So we can explore this beautiful country. Now, after new Zealand, we’re going to head up to Indonesia to visit Bali.

Bali has been one of the most popular travel destinations, the last few years, with its relatively cheap prices and incredible tropical landscapes. It’s, easy to see why the travel situation just got a little tricky out there, but hopefully, it opens up later in 2021.

One of the most popular places to visit in Bali is Nusa Penida. It’s, an island right off the coast of bali. It’s famous for having white cliffs coupled with perfect beaches. They remind me a lot of zakinthos greece.

Now. The rest of bali is just full of rice, terraces prime minister spots and jungle waterfalls. I mean i just want to go there, so freaking bad. All right after bali, we’re gonna head over to uae to visit dubai.

Now i have to say that dubai is one of the coolest places i’ve ever been with kovid. Dubai has relaxed its entry requirements for most countries. You just need a negative kova 19 test issued within 96 hours of arrival.

Now dubai is basically what happens when a city has a blank slate and limitless budget to make some of the craziest buildings and structures in the world. Now it’s home to the burj khalifa, which is the world’s.

Tallest building at 2722 feet high. When i was there, i went to the top 124th floor. It’s a high, so you can go as a tourist. I was able to get an awesome time lapse of dubai’s, craziest highway roads.

After i headed down to the bottom to watch the spectacular dubai fountain shows which happen every day i mean just such a cool experience being there. If you want to experience the beach and persian gulf, i recommend jumaraya public beach.

It has an awesome view of the burj al-arab, which is considered to be one of the only seven star hotels in the world. Another cool activity i did was, i went on a desert safari. We went on the middle of nowhere and gotten some cars and running the dunes to our spot, naturalized a little sketch, but had a good time watching the sunset and experiencing the crazy deserts of the uae.

After we’re gonna head over to brazil to visit rio de janeiro, now brazil opened its borders to all travelers at this time, but requires a coven 19 test 72 hours before boarding your plane. I was lucky enough to visit rio de janeiro last february and i have to say it’s, one of the most wild and vibrant cities.

I’ve ever visited it’s home to beautiful beaches, massive granite mountains and an energetic culture. One of the most famous places in rio is the iconic christ, the redeemer it’s. This massive statue that is over 125 feet tall when i was there, i was able to get some unique 360 shots.

There are also some amazing beaches. One of rio’s. Most famous is impanema beach. I mean before visiting rio. This is what i imagined brazil to be like another one of my favorite places in rio. Is this lookout called mirante dona marta? It’s, an absolutely beautiful lookout that has one of the best views of the city.

I went there for sunrise and got one of the most incredible views over the famous sugarloaf mountain now after brazil, we’re going to head over to the other side of south america to visit peru. Now, when it comes to peru’s landscapes, they’re, some of the most diverse in the world.

I mean it ranges from some of the world’s biggest sand dunes to the rainforest of the amazon. Now, one region i particularly want to explore is the peruvian andes to get to the andes. The city of cusco is a great starting point.

It’s, one of the world’s highest cities with an elevation of 11 and 200 feet and was the capital of the incan empire from the 13th century until a spanish conquest. During the 1500s, there’s, a ton of incan archaeological sites nearby, the most famous being the incan citadel of machu picchu.

It’s, one of the greatest archaeological feats in the world and its full mystery. It’s believed to be built around the year 1450, but it was abandoned in 1572, where it remained hidden until it was rediscovered in the 19th century.

Now another stunning place in the andes is the vinikuna rainbow mountain. It’s located at a wild 17 and 100 feet high elevation and it’s. World famous for its uniquely covered mountain i mean peru was just such a beautiful country.

I hope you can check out in 2021 after we’re going to head to the usa to explore oregon now, if you’re like me and just stuck in the us and just want to go somewhere within the country, oregon is One of the best places you could go me and my wife did a road trip through the state about a month ago, and it was extremely enjoyable.

Oregon is home to some of the best coastline. In the usa, i highly recommend just driving down the 101 coastal highway. One of my favorite stops was this place called meyer beach. It had these massive rocks and we had the beach all to ourselves.

Another scenic spot is the samuel h, boardman scenic corridor. It’s, one of the most beautiful spots on the oregon coast, in my opinion. Now, if you get a chance, definitely recommend road tripping oregon this year after we’re gonna head over to the country of turkey, turkey is one of the few countries that never really shut down during kovid.

Today, most of its travel restrictions are lifted, with the exception of a few countries. Now one of the most popular destinations in turkey is the city of istanbul. Istanbul is one of the most fascinating places.

It’s, a transcontinental city, which means that istabul is part of both europe and asia. The bosphorus strait, which is considered to be the boundary between europe and asia, runs right through the capital.

Istanbul is the most populated city of all europe, with a population of over 15 million. The history of istanbul is endless. It was settled as far back as 7th century bc. It became the capital of the roman empire in the year 330 a.

d. One of my favorite features of the city is the galita tower it’s, a uniquely shaped medieval building that dominates the skyline. You can head to the other side of turkey to visit cappadocia it’s famous for its morning.

Skylines filled with hot air balloons now cappadocia is home to unique rock structures that scatter land in just such a wild place after warren head over to germany to visit bavaria located in the southern part of the country.

Right next to the austrian border. Bavaria is home to jaw-dropping scenery. I’m. Just praying travel opens up to europe this summer because it’s. One of the first places i want to go. The capital of bavaria is munich and it’s such a charming historic city.

One of the most beautiful towns i want to explore is called berchtesgaden. It’s, a idyllic german town located at the base of the bavarian alps. If you’re into world war ii history, you’re, going to love this place.

One of my favorites is oversea. It’s famous for having this mountain cabin right on the lake. Now one of the most well-known places in bavaria is the nyschwanstein castle. I have to say that’s, one of the most beautiful castles in all of europe, a schwann sign – is placed perfectly in the mountains, with a phenomenal 360 view of the bavarian alps in the town below the castle was completed in 1886 and its Inspiration behind disney’s, sleeping beauty castle i mean i just can’t think of a more magical place to visit in 2021.

Now, after bavaria, we’re going to head over to the faroe islands located right between norway and iceland in the atlantic ocean. The archipelago is made up of 18 volcanic islands. Now special thanks to my friend ellis van jason for providing me this footage.

He’s, one of the best fpv pilots in the world. I’ll link his pharaoh islands, video in the description it’s gonna blow your mind. No, i have to say that the pharaohs are home to some of the world’s, most dramatic landscapes from the sheer she cliffs to waterfall straight into the ocean.

The pharaohs have so much to offer one of the most scenic places in the pharaoh. Islands is the mullah fusor waterfall that’s located on fire island and the water falls over a hundred feet down to the ocean below one of my personal favorite places is the island of khao soi.

It has an incredible lighthouse that overlooks some of the biggest c-clips i’ve ever seen alright. Well, that is it for my 2021 travel guide. Let me know in the comments below where you want to visit.