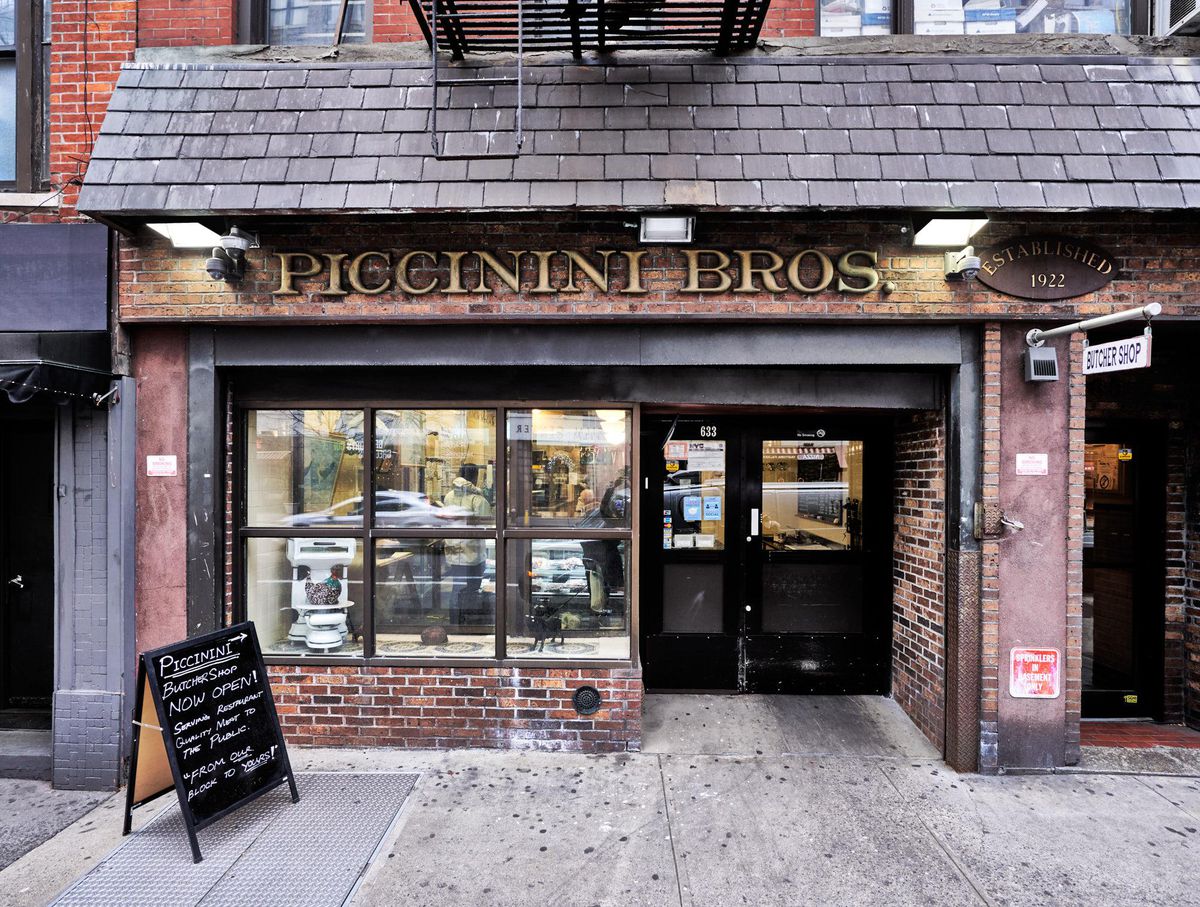 Many foodies in the New York City metropolitan area have dined on the meats and poultry from Piccinini Brothers, a wholesale butcher, located on Ninth Avenue in an area once called Hell’s Kitchen. Since they are wholesalers, many restaurant patrons were likely not familiar with its brand name.

Since 1922 or for nearly a century, Piccinini Brothers has been supplying such trendy eateries as Balthazar, Gramercy Tavern and Blue Hill in New York City and Stone Barns in Westchester.

Name a foodie’s restaurant in Manhattan—Per Se, Minetta Tavern and Frenchette, and Piccinini Brothers provides the meat. It’s also the wholesaler to local restaurants chains such as 5 Napkin Burger, which appeals to a wide swath of patrons.

But in 2020, Piccinini Brothers is branching out in several new directions. In April, for the first time in its history, it opened a retail store on Ninth Avenue and 44th Street, in proximity to the Port Authority Bus Terminal and down the block from the New York Times headquarters. And it’s doing so during a pandemic.

To fill the void when the pandemic hit shuttering many restaurants, it launched a website for consumers and started online ordering. Many people started picking up orders and urged its owner Paul Vaccari to open a retail store.

It’s also offering curbside pickup at the store with 24 hours notice, and makes daily deliveries to individual customers in Manhattan, Brooklyn and Queens, and weekly to the Hamptons and Westchester. Minimum order for the city is $50 and $125 for outside the city.

Vaccari, the grandson of its founders, says the pandemic drove it to expand into a retail shop. “The community needed it because of all the restaurants that have closed down,” he reveals.

Even though Esposito Meat Market (it’s been there since 1932) is located nearby, local folks wanted another alternative, he says.

Neighbors who reside in the new Hudson Yards complex, inhabitants from nearby Manhattan Plaza, a large residential complex, and many of the luxury buildings West of Ninth Avenue are part of the local denizens being targeted.

Moreover, Vaccari says much of the meat it sells is “choice meat, a higher grade that what is sold at most grocery stores.”

Part of its newly-developed strategy entails creating new revenue streams. “When one drops off, the other picks up,” he notes, referring to wholesaling, opening a retail shop, deliveries and selling online.

To ensure safety for their customers and employees, all the meat is vacuum-packed when sold. There are screens in place to separate customers in the store, and temperature checks for employees. “We’re taking all the necessary precautions,” says Vaccari.

Some of its most popular items offered at restaurants include rack of lamb, NY strip steak, hangar steak, and whole natural chickens.

And its product line will be offered for the first time nationally on Goldbelly, an online food delivery service, starting on January 5, 2021. He calls Goldbelly “the next step in what we’re doing. It will enable us to reach a national audience and provide us more exposure.”

But most people don’t know the Piccinini Brothers’ name, so how will it become a nationally-known brand? Vaccari says it’s been a wholesaler for so many years that many chefs know it and have spread the word.

“Once they hear we sell to Daniel’s, it gets the word out,” he says, referring to Daniel Boulud’s high-end eatery.

It’s installed an oven in its store and will be roasting chicken, duck, briskets and pork. Later he intends to sell braised treats and roasting vegetables.

Asked if he’s looking to open a second retail store in another neighborhood, he says he’s thought about expanding to Chelsea Market, but no definite plans are in the works.

Since Vaccari is 65-years-old, is his son Braden, a sophomore at Brandeis University, being primed to take over the family business for the fourth generation. “He adores food and helps out in the shop. He’s a foodie from day one and loves aged meat, but he’ll take over only if he’s inclined to do so,” he replies.