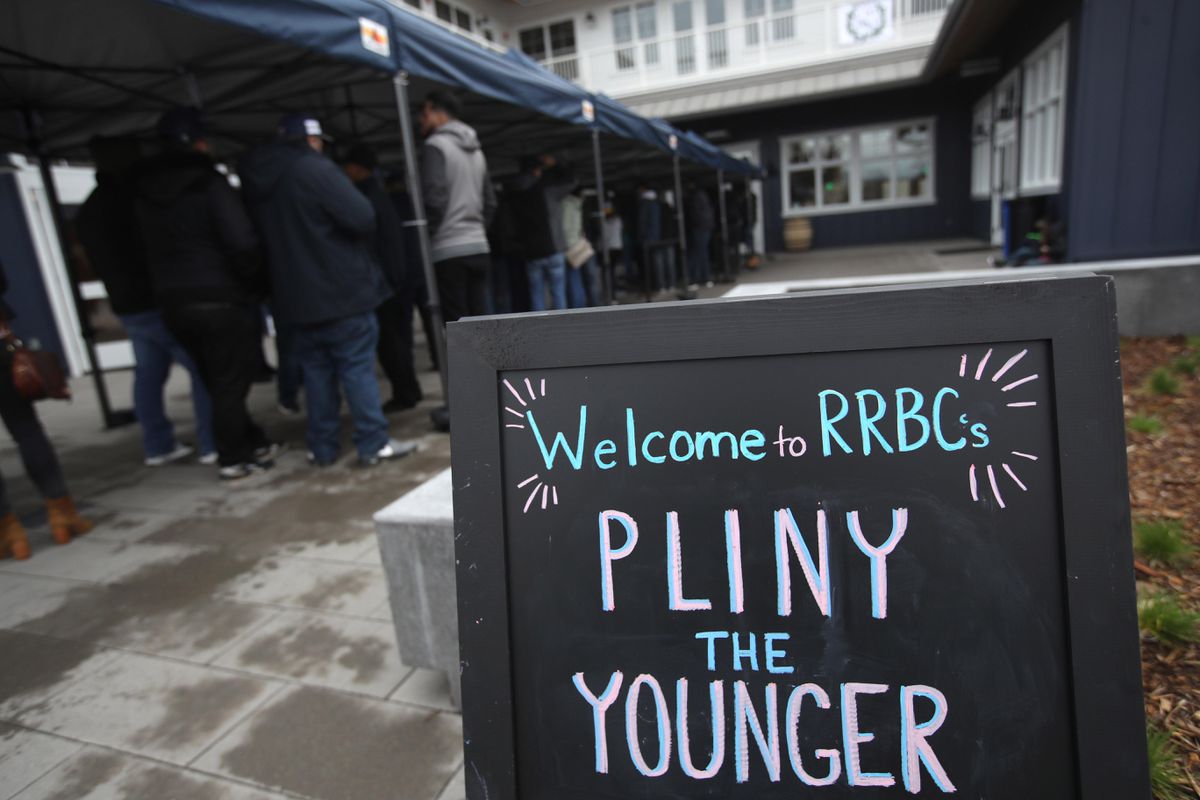 Every February beer fans flock to the San Francisco Bay Area to try and get their hands on a taste of Pliny the Younger, a highly-anticipated annual release from Santa Rosa’s Russian River Brewing Company. This year that release is going to look a little bit different: it’s going to happen entirely through the mail.

Like many Younger fans I have a story to tell for each time I’ve managed to get a 10oz glass. There was the time I waited in line at Monk’s Kettle for hours with a friend from out of town only to have the keg run out a few people ahead of us. When we found out we were SOL we took a quick cab ride to Toronado, which was just opening for the day. We were the first there, and they tapped a keg we were the only ones drinking seconds later.

There was the year that I thought I had missed out entirely only to be offered a glass during “Friends and Family Night” at my local bar, and yes, the year we stood in the rain for hours at the brewery.

Younger’s release typically, but not always, coincides with San Francisco’s Beer Week, which means February is a great time to be a craft beer fan in the Bay Area.

Thanks to COVID; however, this year will need to look a little different.

“It is very difficult to plan for much of anything these days, let alone a major beer release which draws thousands of visitors from all over the world to our 2 breweries in Sonoma County. We have had to make some hard decisions based on many factors, first and foremost being the health and safety of not only our employees and customers, but also the community in which we live,” reads a note on Russian River’s website.

This year Russian River will be brewing just 4 batches of Paint the Younger, which represents 1/3 of what the brewery produced last year (which was more sizable than previous years thanks to the addition of a new Windsor location).

The brewery will be bottling the beer rather than selling it on draft, and will be making those bottles available exclusively through the sale of a mixed case on its website. 4 of the bottles in each case will be Younger, while the other 8 will be another surprise beer or beers. Cases are not customizable.

The exact timing for the pre-sale of the case is currently TBD, but it’s expected to cost around $100, plus $26 for shipping. Sales will be limited to one case per household. Another big caveat: that address needs to be in California.

For those that look forward to Younger each year, the move definitely represents something a bit different than we’re used to. Also, with all the sales online, this year more than any other is one where you’re going to have one shot to snag a sip.

As for when that shot happens: keep your eye on Russian River’s website.