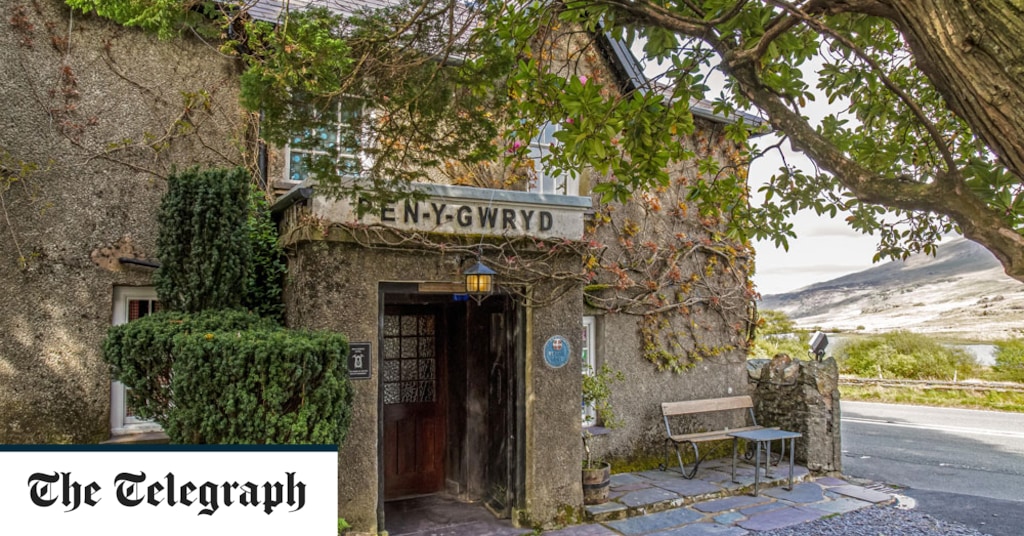 Something is missing in the Pen-y-Gwryd Hotel – George. That’s the name of a shrunken head from Peru, which I remember seeing in the Smoke Room a decade ago. It’s just as well it’s gone – such a grisly trophy had surely outlived its shock value – but it’s also a surprise. To quote the Talking Heads song, the PyG is a heaven “where nothing/ nothing ever happens”. Yet something has happened and someone’s head has disappeared.

This creeper-smothered hotel fits snug as a plug in the socket of Snowdonia. The head was brought here by George Band, and he was brought here by an endeavour that crowned the new Elizabethan age. He was part of the expedition on which Edmund Hillary and Tenzing Norgay completed the first successful ascent of Mount Everest, on May 29 1953. In the preceding months the climbers had based themselves at the PyG and trained in the mountains. Four days after Hillary and Tenzing stood higher than anyone had before, the coronation of the Queen took place in Westminster Abbey and Britain felt on top of the world. Some might say it’s been downhill ever since.

The hotel is arrested in that moment. It isn’t just the memorabilia from Everest (rope, crampons, goggles; a nugget of summit rock; the mountaineers’ signatures scrawled on the ceiling, alongside those of a mix of former guests that includes philosopher Bertrand Russell, singer Petula Clark and pipe-smoking Python Graham Chapman). The guest experience is also belayed to the postwar years. There are no TVs, telephones or room keys. Breakfast and dinner are at set times and guests are summoned by the crash of a gong.

When the gong sounds I drain my pint of Mad Dog, mask up and move through to the dining room. Before tucking into a hearty three courses my task is to complete the order for tomorrow’s breakfast. I hesitate over “Eggs” before plumping for boiled. The last time I was here I ordered a boiled egg and it arrived wearing a knitted yellow cosy in the form of a chicken. Will it be this time? Next morning I feel nervous as I await my egg. I needn’t have worried. Borne aloft on its tray by the waitress, it arrives magnificently attired like a potentate on his palanquin. The yolk is perfect. All is right with the world.

After breakfast I collar co-owner Rupert Pullee, who explains the absence of the head: “The insurers said it was so valuable it needed museum-standard security, lasers and suchlike.” It has been retired to a safe somewhere.

The PyG has been in Rupert’s family since the 1940s and he runs it with his brother Nick. He remembers the Everest reunions – how Tenzing hoisted him on his shoulders. “When my mother died we had an opportunity to sell but we couldn’t do it. We couldn’t drive past and see it fitted out with big screens. We see ourselves as guardians.” Now he has to steer it through the storm of restrictions imposed by the pandemic: “At the moment we’re just breaking even but we’re extremely lucky. People come to stay just to keep us afloat.” During my stay there are two other groups of guests, both regulars. One chap first came here in 1958.

Hill walking is in the PyG’s DNA. It makes sense of everything – the open fire in the lounge, the snugness of the wood-panelled smoke room, the soak in the Georgian bathtub and the filling dinners. You can’t stay and not hike. I spend the day walking the Watkin Path, which ascends to the summit of Snowdon. Striding ahead of me are two ghosts. One is Prime Minister William Gladstone who in 1892, at the age of 83, walked up the path to a rock where he addressed a crowd on the subject of justice for Wales. The second is the comic actor Kenneth Williams. In 1968 the Watkin Path stood in, somewhat improbably, for the Khyber Pass during the location filming of Carry On Up the Khyber in which Williams played the Khasi of Kalabar.

Back in the PyG, barman Paddy breathes life into the log fire and news comes through that the Welsh government is about to intensify restrictions by imposing a “firebreak”. The PyG will have to hang up its walking boots – until March, reckons Rupert. He looks fearful. “The hotel is about the people. Not just the ones who come to stay now but the ones who came in the past. We care for the place and it cares for us.”