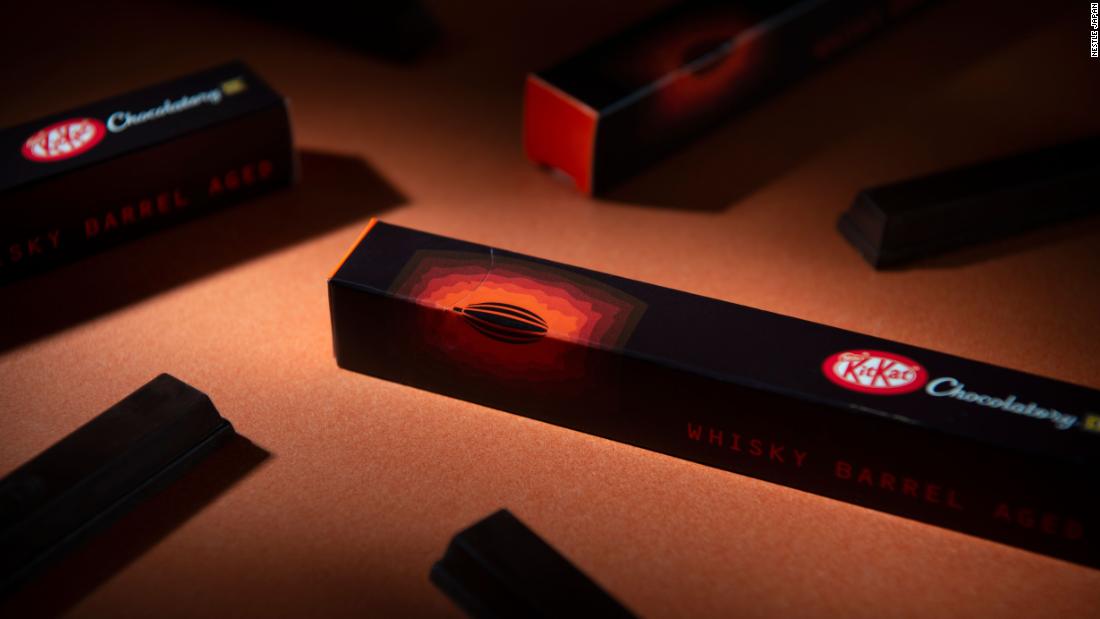 The gourmet bars are available only for the winter season in the country, and use cacao nibs shipped over from Islay — home to a number of ancient distilleries.

The company says the new bar is “a bitter chocolate for adults that lets consumers enjoy a hint of refined whisky aroma and taste.”

The Scottish island of Islay is home to several ancient distilleries.

“During the 180-day period, whisky barrels are manually rotated at a pace of once a week and this puts all of the cacao nibs in the barrel into contact with the whisky barrel’s interior,” the company said.

The bars are only available online in whisky-loving Japan and from KitKat’s speciality Chocolatory shops, located in a handful of Japanese cities, at a price of 300 yen ($2.90).

The chocolate was aged under the supervision of Japanese chef Yasumasa Takagi, the company said.

Ardbeg, Lagavulin and Laphroaig are all produced on Islay, with production of each whisky lined up on a narrow two-mile stretch of coastal road on Islay’s southern shore.

But the entire island was sealed off during the British lockdown earlier this year; the only ferries that arrived were delivering supplies, and the only people allowed off-island were those with medical emergencies.