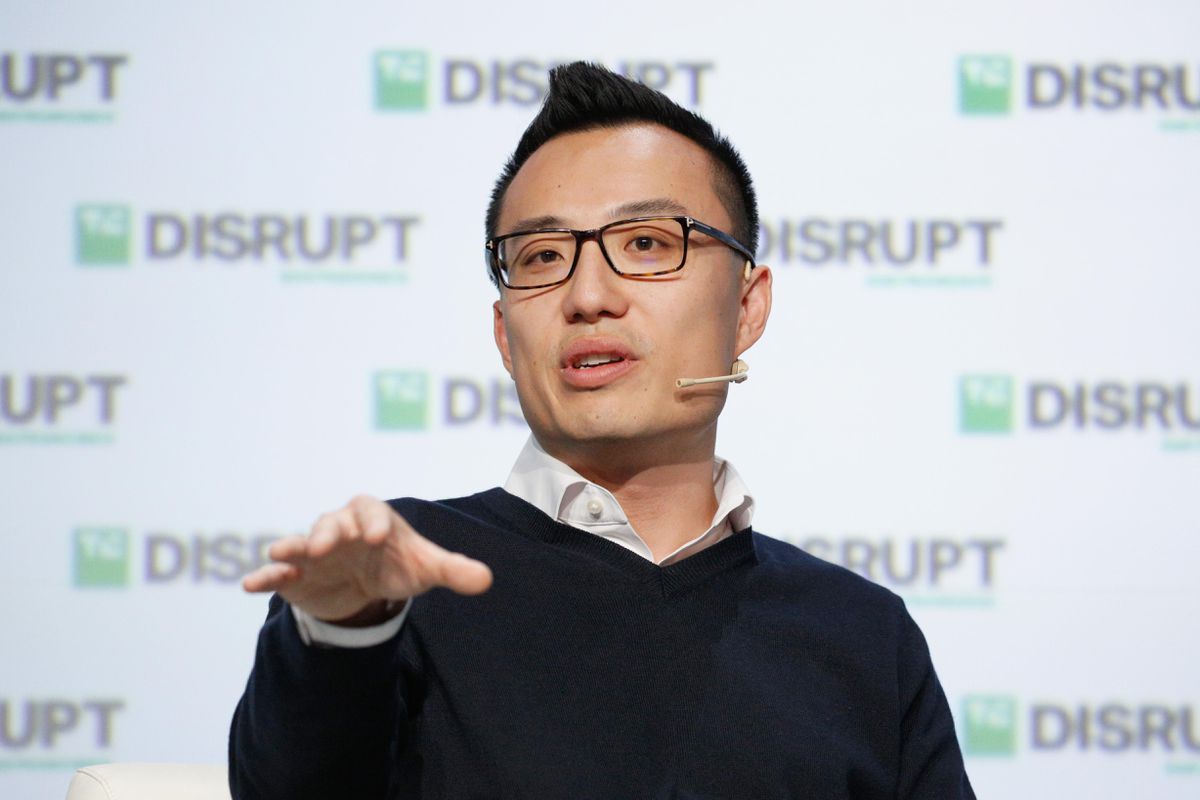 Wall Street’s frenzy for DoorDash has made billionaires out of CEO Tony Xu and two of his cofounders.

The soaring IPO has pushed the 36-year-old Xu’s net worth above $3 billion, as shares have surged to $186 per share, up 82% from the food delivery app’s initial pricing of $102 a share. Cofounders Andy Fang, 28, and Stanley Tang, 27, have stakes valued at more than $2 billion.

DoorDash is the third-largest American IPO this year. The seven-year-old company’s value has more than doubled since June when it raised $400 million at a $16 billion valuation. Initial pricing for the IPO was set between $75 and $85 per share before being upped to as high as $95 a few days later and closing at $102 billion late Tuesday. The market cap is now more than $55 billion on a diluted basis.

It is the first of a flurry of highly anticipated, end-of-year tech IPOs—including AirBnB on Thursday and Wish next week—but is the only one expected to mint new billionaires. Instacart, the grocery delivery business app, is also expected to IPO as soon as next year, and, like AirBnB and Wish, made a billionaire out of its founder before listing.

“Seven years ago, we could not have imagined how big a transformation this would become and we are still in the early innings of this evolution of local commerce,” Xu wrote in the company’s prospectus letter. Xu owns 4.6% of the delivery giant, valued at some $3.1 billion as of Wednesday afternoon including options, while Fang and Tang each own 4.2%, valued at more than $2.2 billion each.

Xu has built the top food delivery app thanks to contrarian strategies like going after suburban areas and chain restaurants, while its two biggest rivals UberEats and GrubHub focused on independent restaurants in coastal cities. He also built market share by adding restaurants to its website that had never actually signed up to work with DoorDash, fulfilling the orders with no additional commission, and then wooing the businesses to join as a partner later. GrubHub is now using the same tactic.

All of this has helped DoorDash, a restaurant delivery app which takes a cut as high as 30% per order, become the giant in its business, doubling revenue to $1.9 billion in the year ended September 30. It now connects 18 million customers with 390,000 restaurants and other merchants like CVS and 7-Eleven every month and has a 51% share of the meal delivery market, trouncing both Uber, which acquired Postmates in June for $2.65 billion and has a 23% share, and GrubHub, which was acquired by Amsterdam-based Just Eat Takeaway for $7.3 billion the same month and has an 18% share of the U.S. market. (And its 42-year-old founder Jitse Groen became a billionaire earlier this year, too.)

DoorDash is backed by SoftBank Vision Fund, venture capital firm Sequoia and the private equity arm of the Singapore government, but is dominated by Xu, who controls the votes for his two cofounders through their preferred shares, giving him near complete dominion over the board of directors, asset sales and mergers.

“GrubHub had ten years on these guys,” says Tom White, a managing director and senior research analyst at D.A. Davidson. “They approached the market in a unique way, went after different markets with different tactics. It was already paying off pre-pandemic and the pandemic supercharged the trends.”

Xu was born in China to a professor and a doctor who moved the family to the U.S. in 1989 when he was 5. His father attended the University of Illinois at Urbana-Champaign, which awarded him a Ph.D. in aeronautical engineering. His mother, a doctor in China, was unable to practice in the U.S. Instead, she worked three jobs a day for 12 years, including as a server at a local Chinese restaurant where he describes getting “a front row seat as a dishwasher.”

“We started DoorDash to help people like my Mom,” he writes, describing how she eventually opened an acupuncture and medical clinic in Champagne, Illinois, and later in the San Francisco Bay Area, where she continues to operate 20 years later. “DoorDash exists today to empower those like my Mom who came here with a dream to make it on their own. Fighting for the underdog is part of who I am and what we stand for as a company.”

Xu founded DoorDash with Evan Moore, whom he met while the two were attending the Stanford Graduate School of Business. After graduating in 2013, they joined up with Tang and Fang—two computer science students still in their junior year—and started an app designed to help restaurants capitalize on a need for delivery services that was missing at most U.S. businesses. Xu believes he now operates the industry’s most “sophisticated and reliable logistics platform” for local businesses.

“If we can make possible the delivery of ice cream before it melts, or pizza before it gets cold, or groceries in an hour, we can make the on-demand delivery of anything within a city a reality,” writes Xu in the letter. “And, while food itself is a category that has a long runway for growth, we believe the network we have built ideally positions us to fulfill our vision of empowering all local businesses to compete in the convenience economy.”

Tang, DoorDash’s chief product officer, and Fang, chief technology officer, were both named to the Forbes 30 Under 30 list in 2015. Both, along with Xu, declined to comment.

Moore, who left and became a partner at Khosla Ventures in 2014, did not return a request for comment. He is not listed on the filings.

DoorDash raised more than $3 billion, securing its spot as one of the largest U.S. IPOs in a year marked by hot public markets. The offering was only topped by billionaire Bill Ackman’s $4 billion blank-check deal in July and software maker Snowflake Inc.’s $3.86 billion offering in September.

For all of its massive growth, DoorDash has yet to turn a profit. DoorDash lost $149 million for the first nine months of 2020, down from $667 million in 2019, and Xu has cautioned investors against expecting DoorDash to turn a full profit. UberEats lost $183 million in the same period, while at GrubHub, it was $9.2 million, leading some to question the soaring valuations.

“The Street is paying up for growth,” says Wedbush managing director Dan Ives, who notes that Uber’s profitable ride-sharing division is a financial lifeline that DoorDash lacks and that profits will remain elusive due to regulatory and city caps on fees as well as the financial pressure faced by restaurants. “It’s really an oligopoly with fierce competition, which is also driving pricing pressure. That will rear its head again, and that could be in six months.”