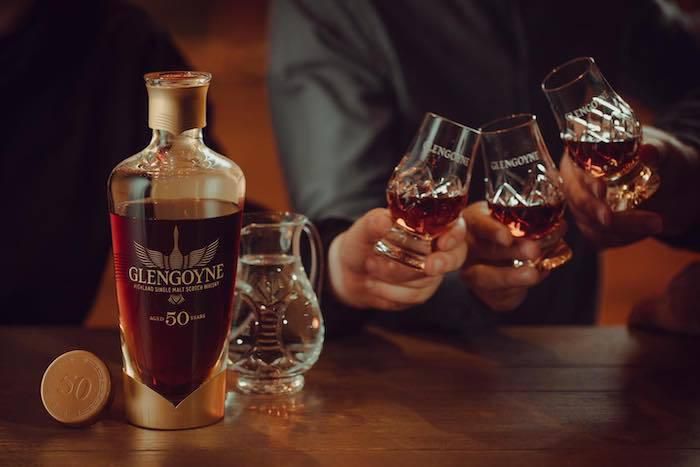 Glengoyne has just released its oldest expression yet, a 50-year-old Highland Single Malt, and it’s giving whisky fans an opportunity to snag a bottle of this own for free.

“When we first filled hand-selected oak casks with our sweet, fruity, new make spirit back in the late 1960s,” said Hughes in a prepared statement, “the Beatles were only just breaking up, Richard Nixon was US President, and Sesame Street debuted on television. A lot has changed while we’ve been waiting patiently for this unique release.”

Glengoyne 50 Year Old comes in a special crystal decanter with an engraved goose emblem. The goose represents the geese that migrate to the Glen each winter. Oney 150 bottles of the whisky are being released

“At Glengoyne we believe that patience is always rewarded. This year we’ve all had to sacrifice spending time with our loved ones or delay celebrations. That’s why we want to make these moments extra special in 2021 with a memorable whisky that, after waiting so long for just the right moment, is truly ready to be opened and savoured, says Hughes”

Each bottle is priced at £22,500, which equates to roughly $30,000. Hidden within the solid oak and gold display box is also a 25ml sample of the 50 Year Old whisky, as well as individually numbered books which are hand signed by Robbie Hughes, Glengoyne Distillery Manager. That 25ml, of course, ensuring that you can have a chance to taste the liquid now, even if you want to keep the actual bottle sealed for a bit.

Tasting notes for the whisky include a nose of demerara sugar, walnuts, sweet pipe tobacco, red apples and cloves. On the Palate you’ll get rich, spicy oak burst, then molasses, treacle and licorice take centre stage. The whisky has a long finish, going through savoury characteristics into a tingle of black pepper,

If that price is a bit too much for you and your pals, the distillery is also offering whisky lovers the opportunity to enter to win a bottle to enjoy, there’s just one catch: you have to share it.

Entries to win the whisky require at least five friends enter to win the same bottle, the presumption, of course, is that you’ll share a dram or two of the super-exclusive bottle with each other rather than leaving this one on the shelf collecting dust. You have until December 14th to get a group together.

In addition to the 50 year, Glengoyne also recently released a new “Fine and Rare” collection that includes a 25-year and 30-year expression. Both whiskies are presented in beautiful glass bottles, with wooden embellishments and boxes that feature an industry-first second use, allowing you to personalize your box so it is ready to cradle another keepsake once the whisky has been enjoyed to the last drop.

Both Fine and Rare Whiskies as well as the 50-year are available for purchase now from Glengoyne’s online shop.