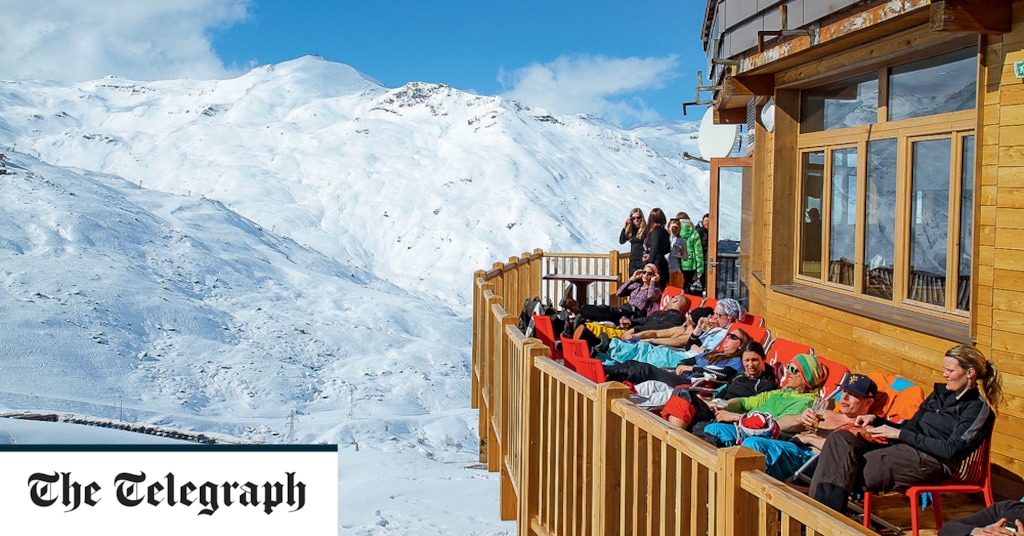 The concrete edifices of Val Thorens’ early years have largely been re-clad with more favourable materials, and more recent construction is in a more sympathetic Savoyard style. The resort’s increasingly wealthy and discerning clientele demands – and receives – a clutch of some of the smartest hotels and apartments in the French Alps. But there’s also plenty of cheaper accommodation aimed at 20-somethings without a platinum level of disposable income, who revel in the range of terrain.

In 1971, when the first ugly apartment blocks rose from this white wasteland, French Olympic ski champion Christine Goitschel described it as “like living in the Wild West”. But Val Thorens has since developed into an almost attractive, sophisticated resort.

A four-star hotel and apartment hamlet at the entrance of Val Thorens, just metres from the mid station ski lifts, ski-in/ski-out Résidence Le Hameau du Kashmir is a little complex built in traditional Savoyard style, with a pool, spa and two restaurants.

One of the Alpine properties from the hotel artist and designer Jocelyne Sibuet, famed for her gorgeous hotel Fermes de Marie in Megève, the Altapura is more cutting edge Scandinavian chic than cosy. It’s a bit out of the way for the nightlife, set at the foot of the slopes in the centre of the resort, but houses one of Sibuet’s signature spas and and a choice of three restaurants, including chic Les Enfants Terribles serving beautifully-presented French classics.

Named after what was once the largest diamond in the world, Koh-i-Nor is at the top of the town, with panoramic views over the resort. It has 35 lavish apartments as well as hotel rooms, a spa, restaurants, child care, a lounge bar and an equipment hire shop. Everything is decorated in modern alpine style with natural fabrics and it is all very family-friendly, with restaurant menus for kids and mini spa treatments.

The architecture of Val Thorens Sensations is designed to stand out – it’s built in the shape of the Club Med’s trident logo. Inside the atmosphere is as exciting as the architecture with daily après in the two hotel bars.

Price: ££
Book it: Full board from £1,451 including travel, lessons and lift pass, with Club Med.

With shared rooms, open-plan social areas and an on-site bar, UCPA is a not-for-profit holiday centre where guests mix with like-minded visitors of all different nationalities and stay at remarkably low cost in what is more hotel than hostel. The centre offers good food too.

Price: £
Book it: Full board from £713, including equipment hire, lift pass, tuition or guiding, with Action Outdoors. Excludes travel.

Residence Les Temple du Soleil is located at the foot of the slopes and close to the lifts. Its modernised apartments all have balconies, and in the building there is a small supermarket and a wellness area, with two whirlpools, a sauna and a steam room.

This chalet (and adjoining Oliver) form one of only a handful of stand-alone chalet buildings in a resort where apartments and hotels dominate. Chalet Catherine is ski-in/ski-out and sleeps 18 guests. Catherine and Oliver are run and catered for separately but share a sauna on the ground floor.

Booking.com rates above are guide prices per person per night, please note that packages can differ across accommodation. Owing to the current coronavirus pandemic, these rates may change. Please check the properties’ websites for further information on what’s included.

Unless stated otherwise, package prices are per person, based on two sharing a double or twin room, half-board, for seven nights, including flights and transfers.

More hotels in France
View all