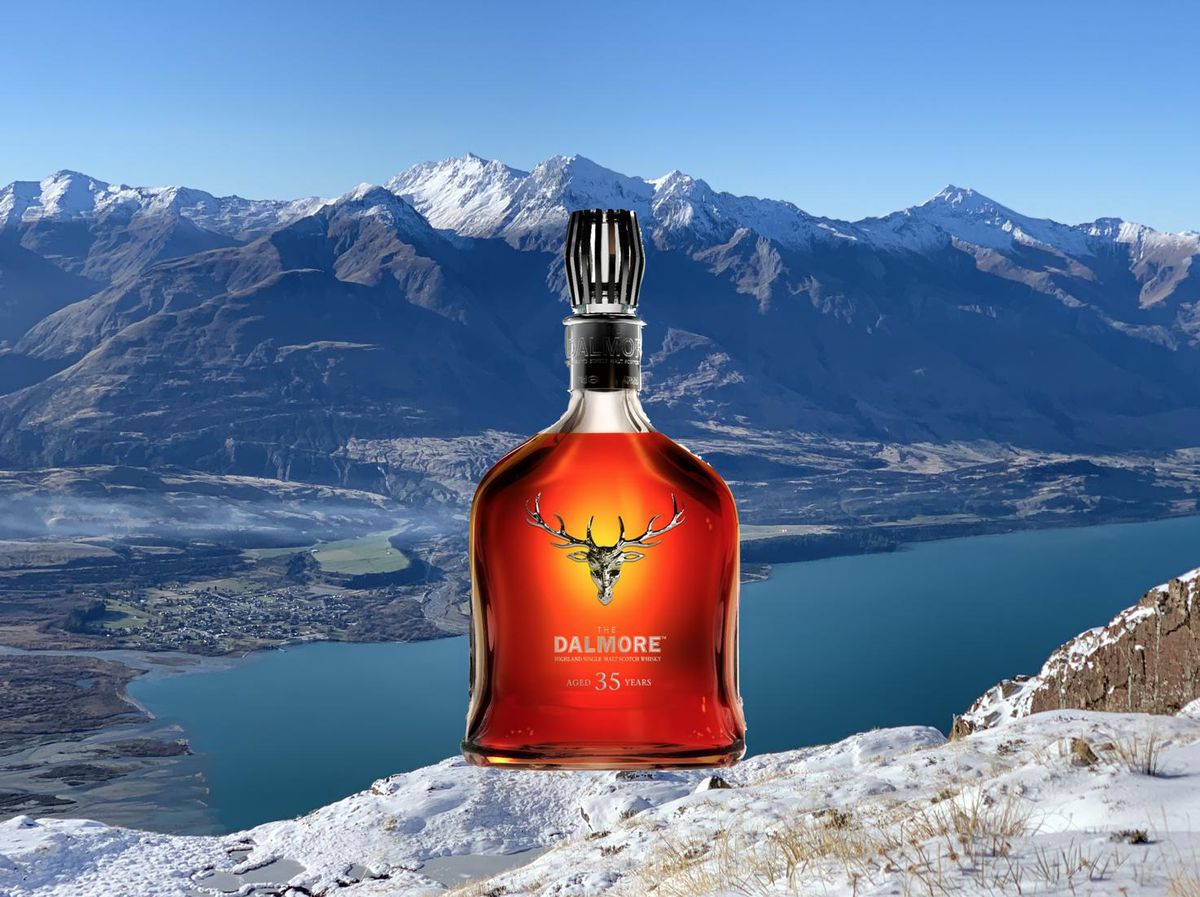 If you’re a lover of fine liquor then you’ll want to make note of the most recent findings from the International Spirits Challenge. Now in its 25th iteration, the annual judging truly lives up to its moniker, evaluating everything from calvados to soju; baijiu to bourbon. In fact, this year the panel—consisting of UK-based industry experts—awarded medals across 28 categories total.

Among all these esteemed expressions, only one is hoisted to that uppermost echelon of ‘Supreme Champion’. Earlier this week, the drinks world received first word of this year’s recipient: The Dalmore 35. If you’re an ardent fan of superior single malt, the news might not come as that much of a shock. This is, after all, one of the most collected scotch brands on the planet. But even if you’re not a whisky geek, this is a bottle that could surely win you over. You’ll be paying quite a premium in the process, however.

The classic Highland producer—founded in 1839, 20 miles north of Inverness—positions this particular label at just over $5000 per decanter. It’s not entirely unreasonable when you consider the extravagant age statement as well as its extreme rarity: after debuting the bottle back in 2016, Dalmore announced that they’d only be selling 1,000 total per year, globally, over the next five years.

Yet it exists as something far more meaningful than mere catnip for collectors. It is a sublime sipping experience from start to finish. The juice pours a brilliant amber-laden hue into the glass, the result of maturation in barrels formerly belonging to bourbon, Matusalem sherry and colheita port.

On the palate is freshly-baked banana nut bread, ceding its urgency to orange zest and allspice in a sustained finish. Holding that liquid is hand-blown Baccarat crystal sealed off under a silver-strewn topper meant to evoke a whiskey barrel.

Ultimately, The Dalmore 35 demonstrates an exquisite vibrancy for a spirit of its age—a brightness of being that truly accentuates its constituent cooperage. And for that we owe a debt of gratitude to the brand’s legendary master distiller, Richard Paterson. Over five decades in the whisky business, the elder statesman has earned the nickname, ‘The Nose’. And for good reason. He has an almost supernatural ability to detect if and when a liquid will benefit from a transfer from butt to barrel.

Examine the color of most Dalmore expressions and you might assume—like many—that these whiskies matured exclusively in ex-sherry cooperage. But that’s rarely Paterson’s MO. For the 35-year-old label, he plucks an already well-aged malt from ex-bourbon casks and splits it between barrels that formerly held the sherry and the port. Then the liquids all re-convene in ex-bourbon vessels for a concise and meticulously calculated final finish.

After naming his 35-year-old baby best in show, the International Spirits Challenge also bestowed Paterson with an impressive individual accolade: lifetime achievement award. The timing arrives during a record-smashing era for The Dalmore. Earlier this year a single bottle of Paterson’s eldest offering ever fetched nearly $350,000 at a Sotheby’s auction.

You can watch him in action below. This 2-minute video features the 54-year industry vet walking you through the dos and don’ts of whiskey tasting.