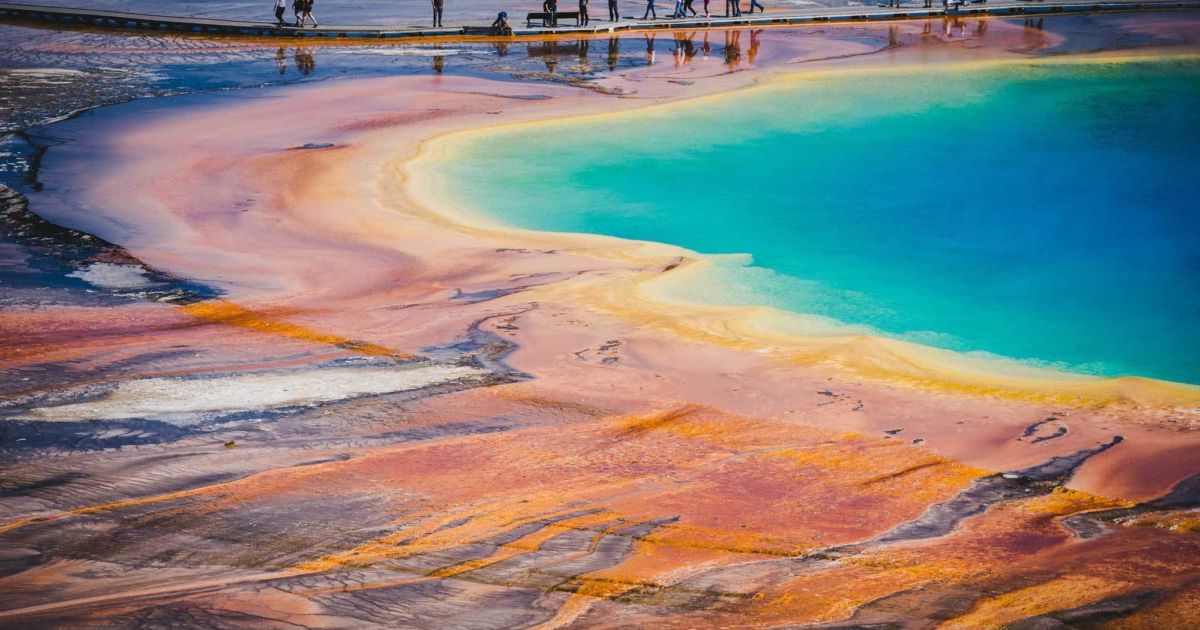 America has some of the most beautiful natural wonders that can be seen in National Parks all across the country. These beautiful places are wild and wonderful, and the wilderness can bring significant dangers to human beings. We’ve got the 6 worst ways to die in a National Park, and some tips for staying alive.

#1: Dissolving in a Yellowstone hot spring

People from all over the world go to marvel at the geysers and hot springs of Yellowstone National Park. Occasionally, people decide to avoid warnings, fences, and pathways in order to get into one of the hot springs – an activity known as “hot potting.” Unfortunately for many who decide to partake in this very illegal activity, both the heat of the springs and the strong acidic nature of them make this a very dangerous idea. 22 people have died throughout the park’s history doing this.

In 2016, a brother-sister pair were on a trip to Yellowstone National Park when they decided to try to hot pot at the Morris Geyser Basin, considered one of the hottest geysers in the park. After walking past the pathway and several signs, Colin Scott went to dip his toe in the water when he slipped and fell into the pool. By the time his sister Sable found help, Colin’s body had almost entirely dissolved by the acid in the pool. His flip flops were the only piece of him ever seen again.

How to stay alive: Never go swimming without ranger permission.

#2: Falling off of Angel’s Landing in Zion

Angel’s Landing is one of the most formidable hikes in the USA, not for anyone with any fear of heights. The final half mile traverses the spine of a 1500-foot high rock formation. The trail is very narrow in places, only 5 feet wide, with an iron chain to hold onto – it is the only thing separating you from falling down the 1500-foot straight drop into Zion Canyon. 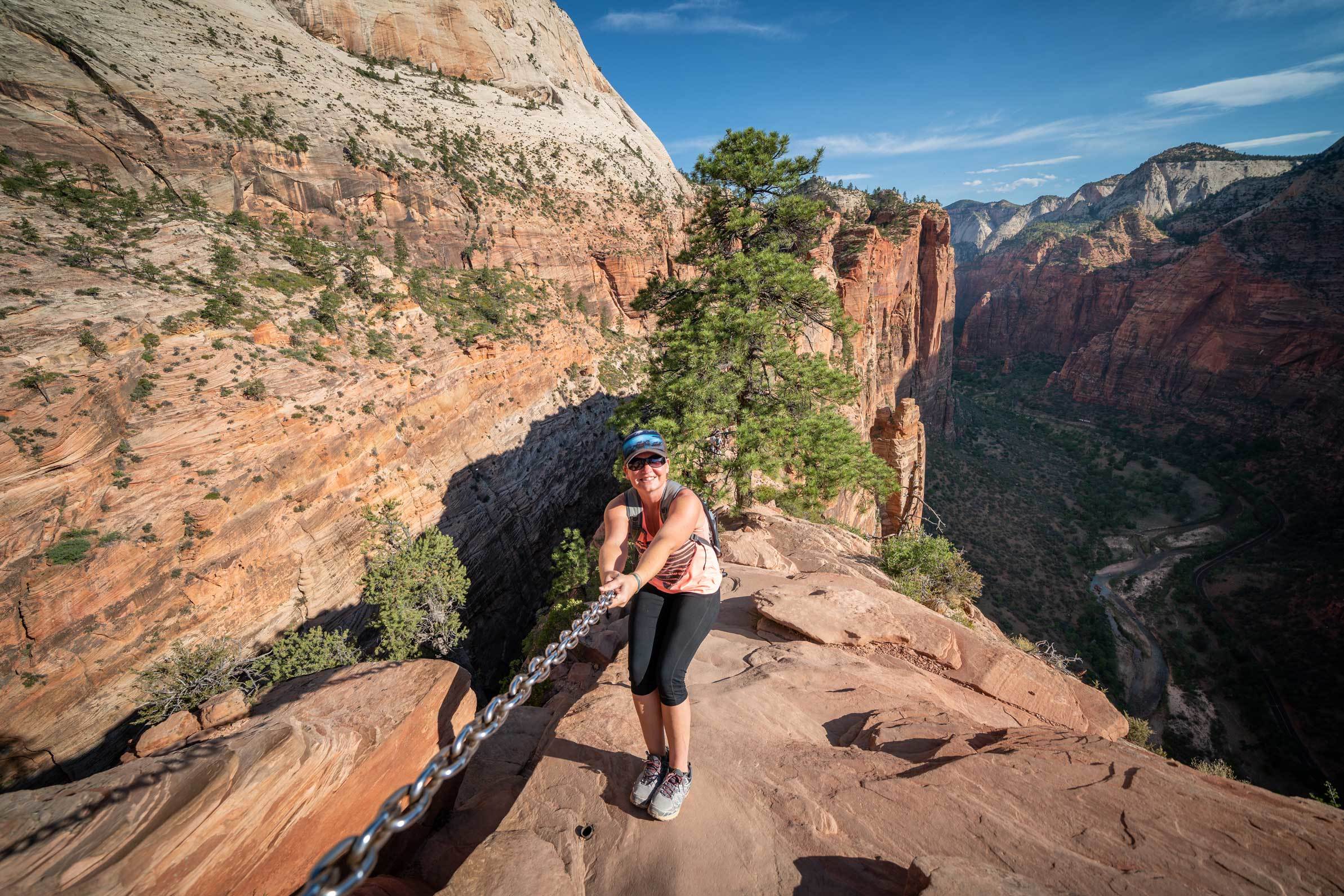 Unfortunately, that’s exactly what has happened to at least 10 people since 2004, who have fallen off the side and perished. In 2018, a 13-year-old girl was hiking Angel’s Landing with her family when she decided to turn back and meet them at Scout’s Lookout. When her family returned from the hike, they were unable to find her and reported her missing. Search crews found her body the next day, and determined she had fallen off the cliff to her demise.

How to stay alive: if you’re going to climb on a ledge 1500 feet off the ground, make sure you’re as safe as possible. 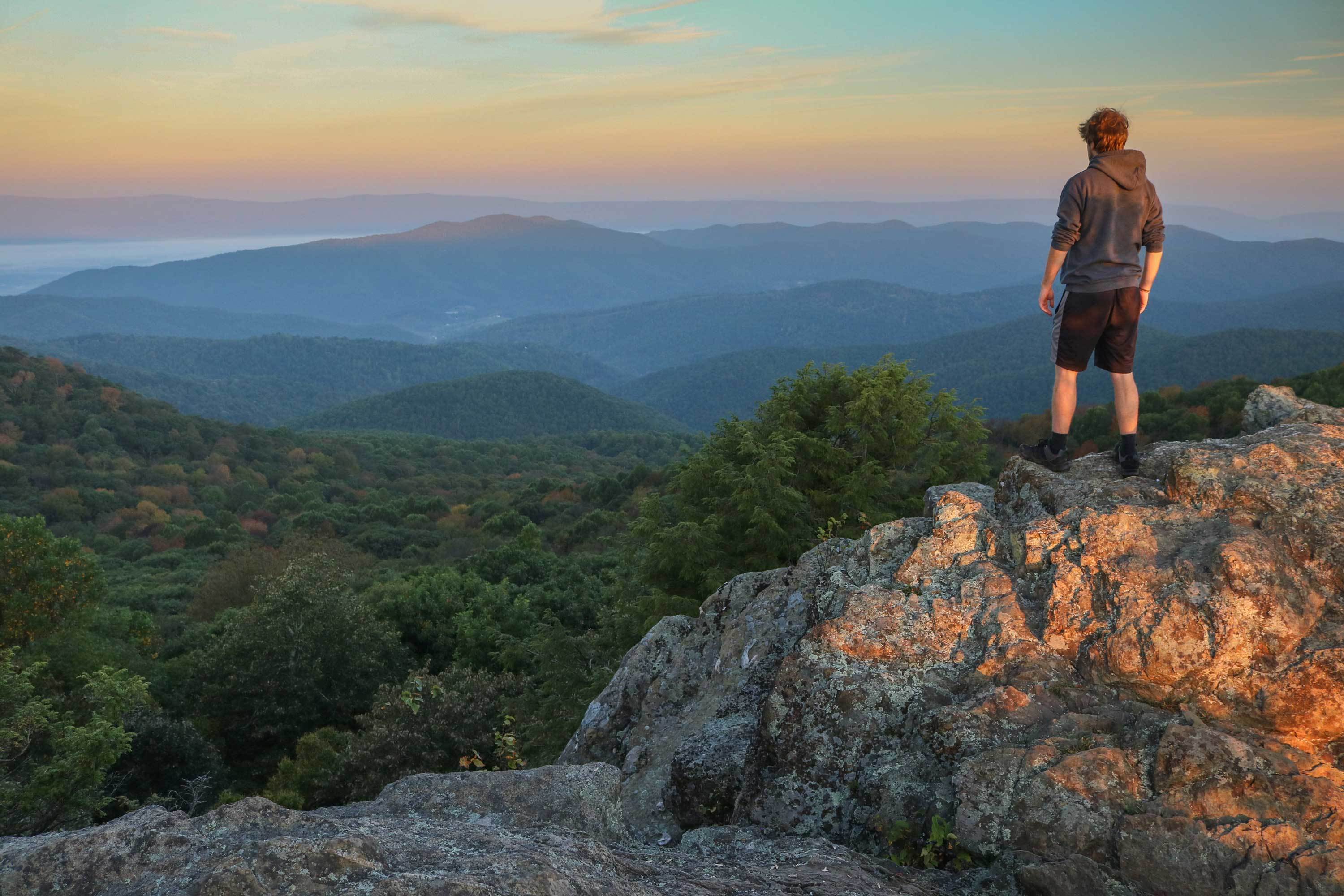 #3: Murdered by a serial killer in Shenandoah National Park

Distance hiking is typically an activity where the dangers come from natural forces – things like storms, bears and cold. Hikers don’t typically have to plan to come into contact with a serial killer, but that’s exactly what is alleged to have happened to Julianne “Julie” Williams and Laura “Lollie” Winans in May of 1996. The two women were on an overnight hike in Shenandoah National Park in Virginia when their throats were slit, they were stripped of their clothing, and their bodies dumped near that Appalachian Trail.

Investigators initially suspected that the murders were committed by a man named Darrell David Rice, who was indicted for the crimes in 2001. Rice is suspected to be the “Route 29 Stalker” that abducted women in Northern Virginia in the 90s. The charges were eventually dropped after investigators could only establish circumstantial evidence that Rice was in Shenandoah National Park that day. There are a few other potential suspects, none of which can be conclusively tied to the murders.

#4: Eaten by a bear in Katmai National Park

Alaska’s National Parks are some of the most remote places in the world, which was part of the appeal to Timothy Treadwell. Timothy was an environmentalist who established a foundation called Grizzly People, dedicated to protecting bears. He spent 13 summers camping in Katmai National Park living with grizzly bears and studying them. 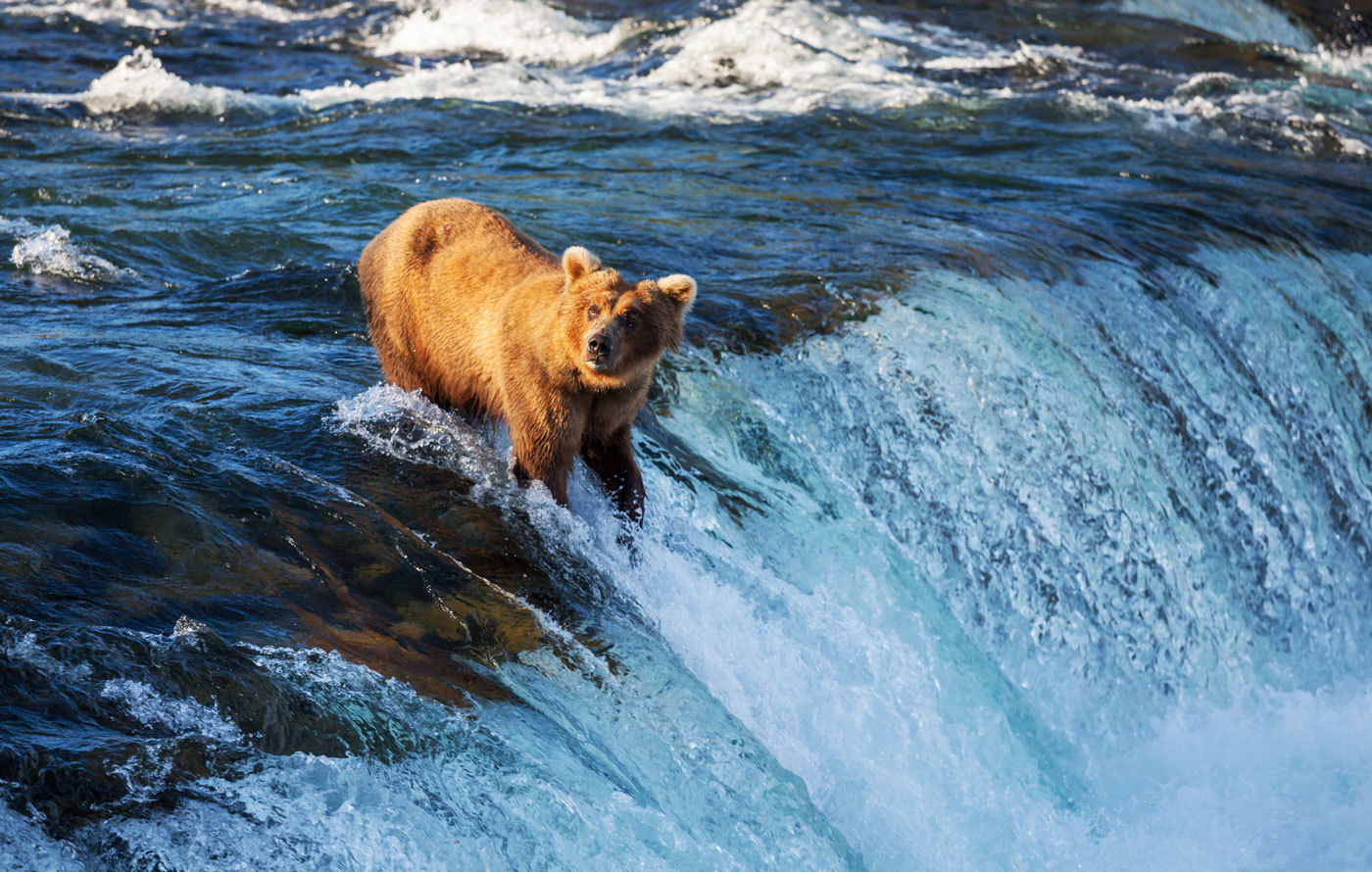 In 2003, he was camping near a salmon stream that was a popular grizzly feeding spot. He was accompanied by his girlfriend Amie Huguenard, even though she was reportedly afraid of bears. When a remote plane pilot landed to pick up the pair, he couldn’t find them and reported them missing. When park officials arrived to search for them, they found their mangled remains nearby, with a large male grizzly aggressively protecting the campsite. All that was left of Timothy Treadwell was a partially disfigured head, spine, and an arm with his wristwatch still on. Investigators also found a video camera nearby, which included a 6-minute audio recording of screaming and cries as the bear attacked the duo.

This is the only known occurrence of a bear attack in Katmai National Park.

How to stay alive: bears don’t want to be your best friend. Leave them alone.

#5: Getting lost in Death Valley

Death Valley is the hottest place in the United States, and often in the entire world, and anyone visiting the National Park needs to be prepared for extremely high temperatures. In 2009, a mother and her 6-year-old son got lost in Death Valley when a GPS unit told them to turn down a remote backcountry road. 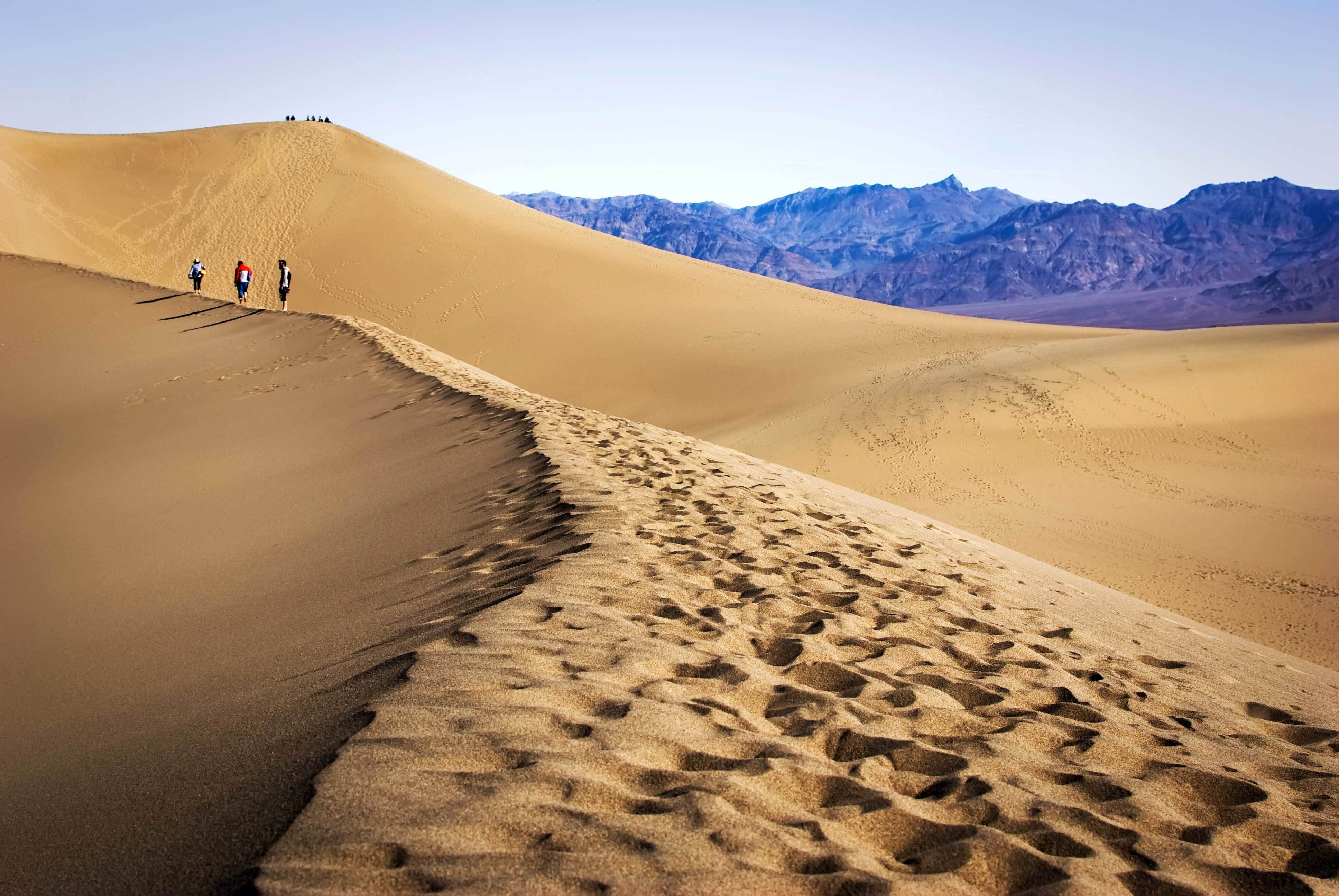 Alicia Sanchez and her son Carlos were only supposed to spend one night in Death Valley. Instead of using a paper map, Alicia was relying on the GPS unit in her car. The GPS turned them onto a gravel road, where they got stuck with a flat tire. She fixed the flat tire, and then continued on into the desert, where it is unclear if she was lost, disoriented, or trying to turn around. Eventually her car got stuck in a patch of sand, and for 5 days, she and her son were stuck in the hottest desert in the western hemisphere waiting for help. Her son succumbed to dehydration and heat exhaustion the day before his mother was found by a search and rescue team.

How to stay alive: Always carry a paper map and more water than you think you’ll need.

#6: Catching COVID-19 at the Grand Canyon

Grand Canyon National Park’s East entrance connects to the Navajo nation of indiginous peoples, who have one of the worst COVID-19 outbreaks in the entire world, per capita. In March, Grand Canyon employees had to pressure the superintendent to close the park, and it has reopened to visitors as of May 15.

COVID-19 has been described by victims as “drowning with no water.” It can cause blood vessels to restrict and lungs to fill up with fluid. It kills 26 of every 1,000 people who catch it. Worse, it is highly contagious, and people who are contagious can spread it before they show any symptoms. It can be spread by sharing items common to the National Parks, such as guide rails, restrooms, and gift shops.

How to stay alive: if you’re going to visit a national park, follow all CDC guidelines for social distancing. Wash your hands often, wear a facial covering or mask, and stay home if you are sick. 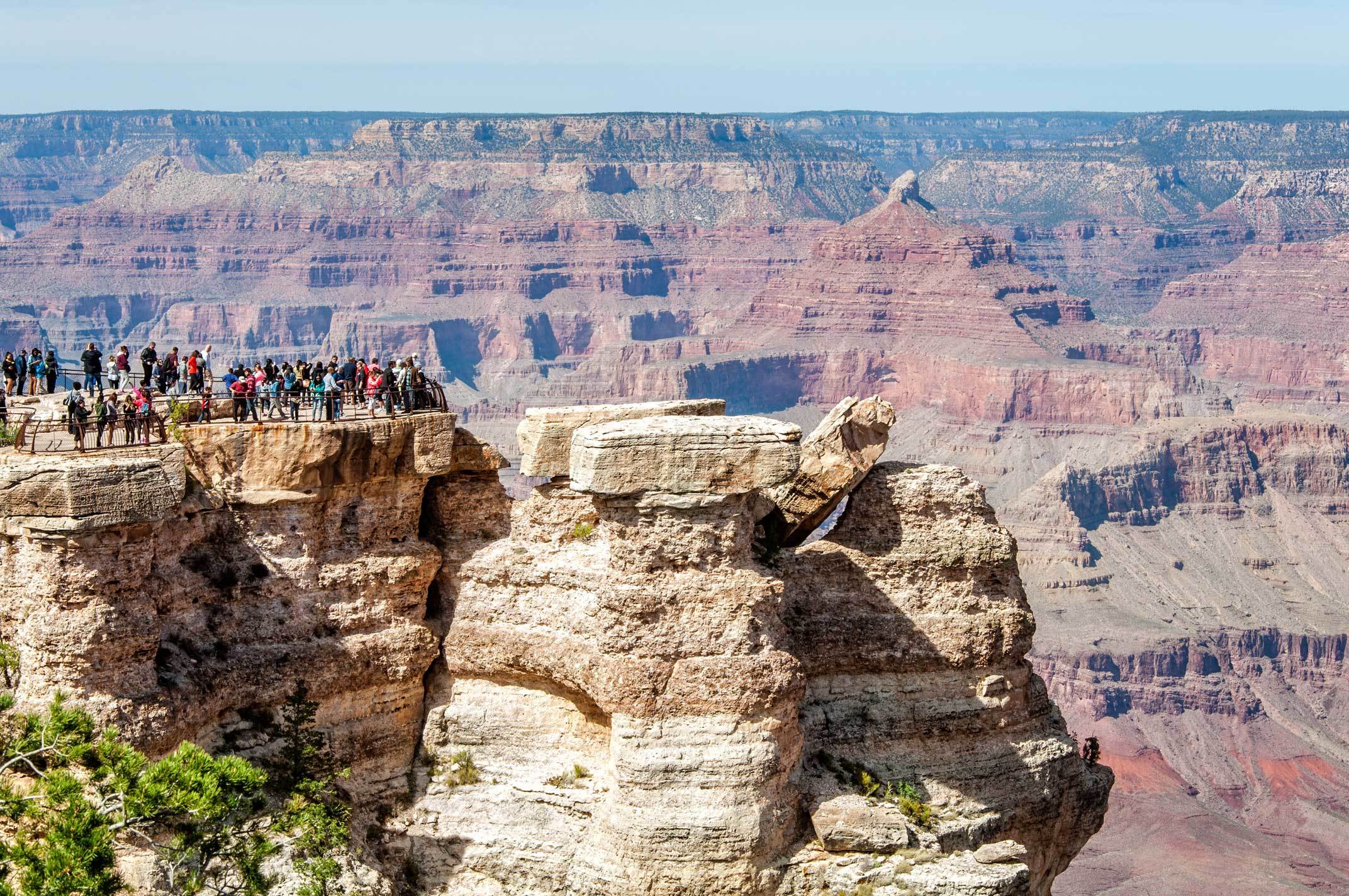