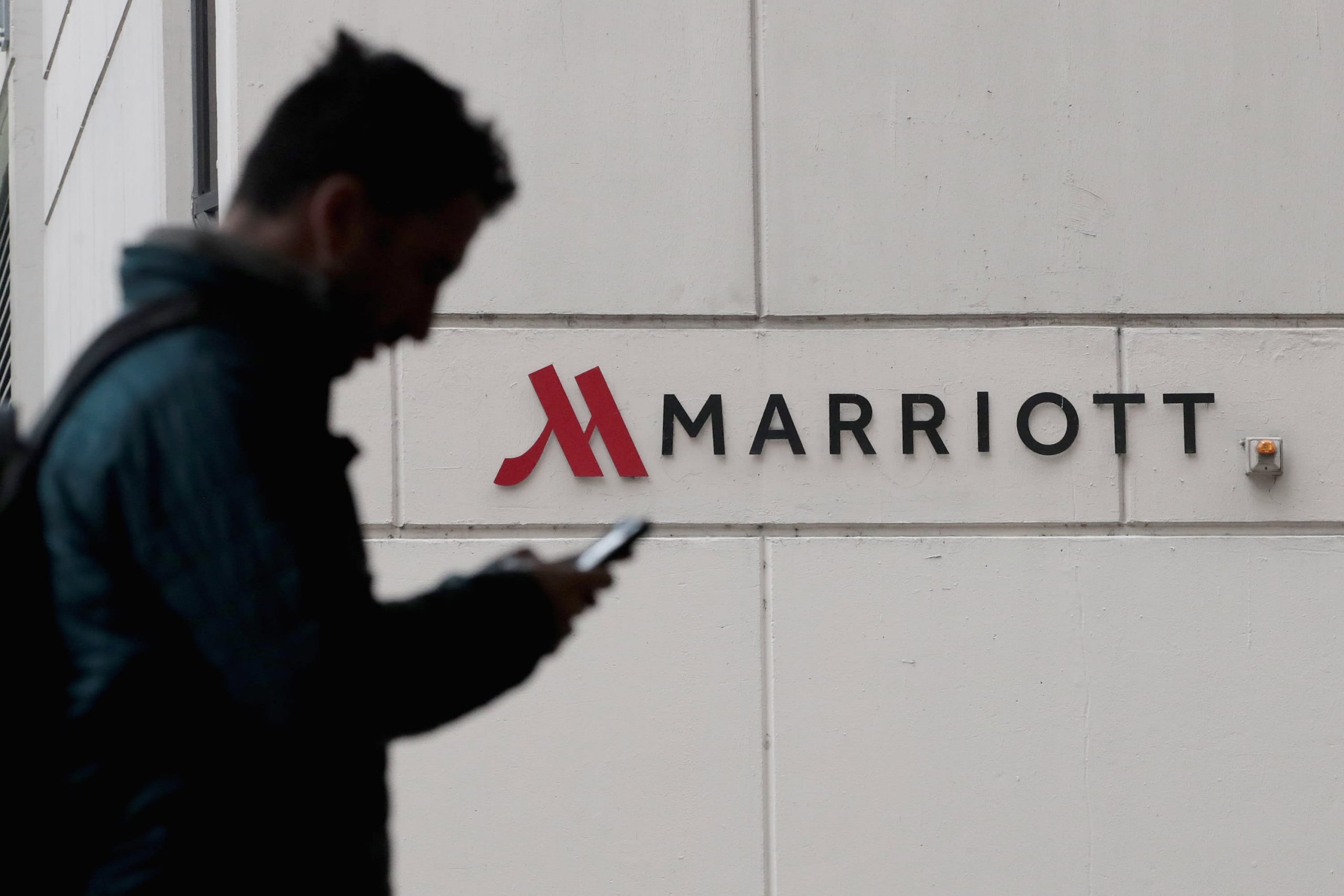 Trouble’s brewing in the travel trade.

Stocks pegged to the reopening of the economy — particularly airlines, hotels and cruise lines — have been hit hard this week as rising coronavirus case counts take the wind out of the recovery.

The NYSE Arca Airline Index fell by more than 6% on Wednesday and 14% this week. The Dow Jones Industrial Average on Wednesday saw its worst daily decline since June.

However, one area of the recovery trade could rebound better than the others, two traders said Wednesday.

Referencing a chart of Marriott, Gordon noted that the stock had risen above its 200-day moving average around the $90 level during Wednesday’s trading session, typically a sign of strength. The stock later fell back below it, settling down nearly 4% at $89.97 a share.

Add in the fact that Airbnb just did a 2-for-1 split in its privately held stock after a 10% jump in valuation in the second quarter, according to Bloomberg, and land-based travel seems relatively intact, Gordon said.

“People are traveling, I just don’t think they’re staying in the public hotels. I think the airlines have chronic underlying problems. Hard to really sustain profitability. Same with the cruise lines,” he said. “I would say restaurant stocks have done well, but those only who are taking on digital strategies like McDonald’s, Starbucks, [Chipotle Mexican Grill], I think DPZ Domino’s to a lesser extent. So, it’s kind of touch and go.”

Gina Sanchez, founder and CEO of Chantico Global and chief market strategist at Lido Advisors, said investors have to ask themselves two questions when examining the reopening trades.

“One is, can the companies continue to figure out how to operate in this new normal that we seem to be living in for longer than we expected? And the second is how much debt did they have to take on in order to deal with the initial cratering of demand that happened, and are they going to be able to service that debt going forward?” she said in the same “Trading Nation” interview.

She agreed that hotels could be the best bets of a struggling bunch.

“Car travel has actually seen an uptick in the last month. Families are finally saying, ‘We’re just going to have a vacation of one form or another,’ and that actually favors the hotel stocks,” she said. “I anticipated this actually, even kind of before this began, which is that hotels were more likely to bounce back well before big airlines that have enormous expenses that they have to deal with and just the breakeven costs.”