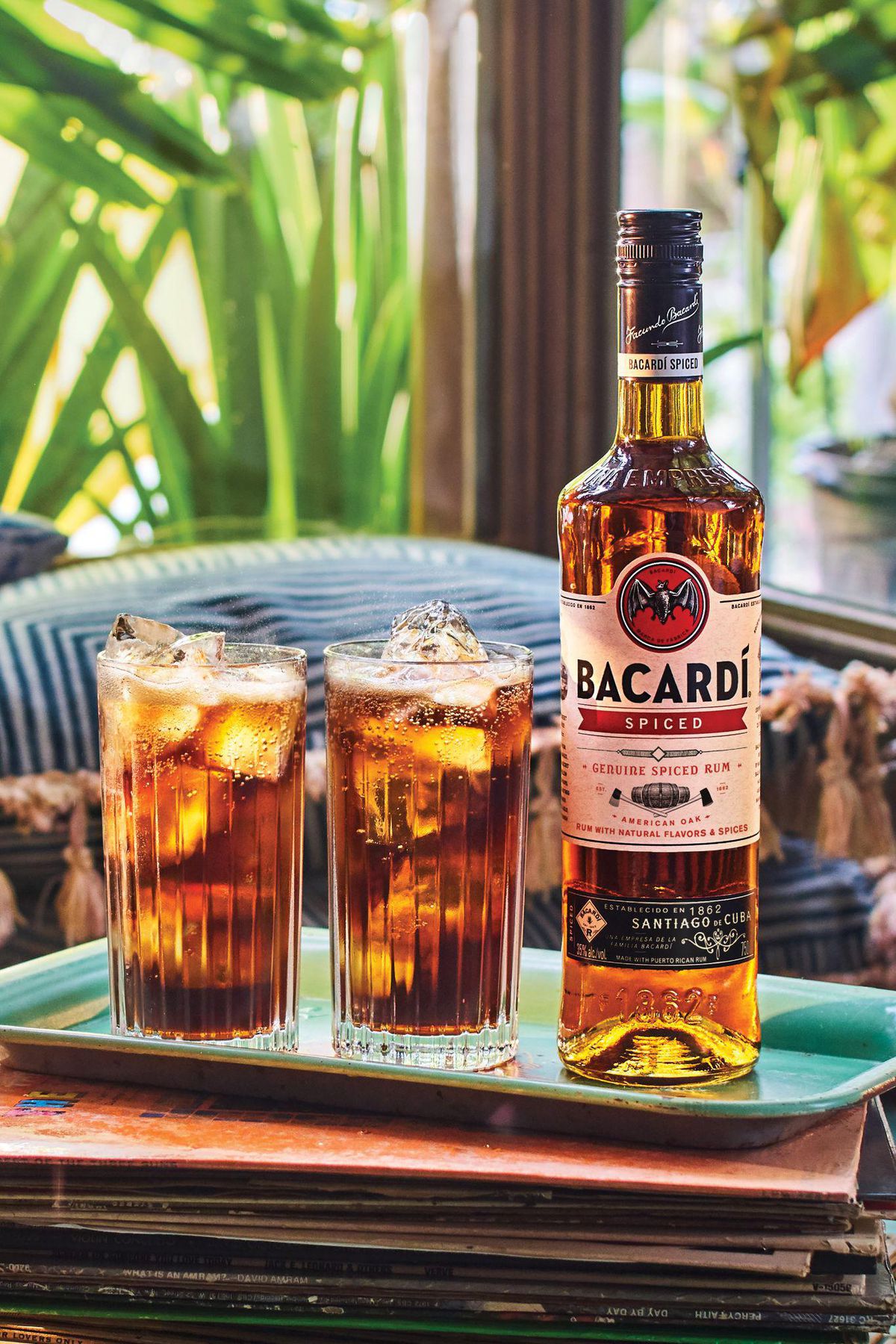 With cold weather fronts and snow moving in as fall entrenches itself, spice rum comes into play, and this year, BACARDÍ has debuted its own spiced rum.

The new BACARDÍ Spiced rum is just hitting the United States market, but last year it was introduced in markets in Europe and Canada. “We saw an amazing success – the bottles were literally flying off of the shelves,” she says. “That’s why we made the decision to introduce it to the U.S. market.”

Spiced rum, Pfenning notes, is one of the few rum segments that has shown consistent growth. “’One of the larger players (in spiced rum) was showing some vulnerability so we decided to re-introduce our spiced rum,” she says.

To make BACARDÍ Spiced, the distillers take BACARDÍ Superior, a white, aged rum, which is then blended with spices, vanilla and nutmeg, and then that is aged in charred oak barrels.

Before launching BACARDÍ Spiced in the United States, the company did some consumer market research, and the company found that 37 percent of current spiced rum drinkers would replace their go-to spiced rum with BACARDÍ Spiced, Pfenning says. Additionally, 62 percent of BACARDÍ drinkers who also enjoy other spiced rums would be more favorable to a BACARDÍ-brand offering. The company also saw that some of their drinkers were leaving the brand for other spiced offerings on the market, and there was an opportunity to take advantage of.

“We did extensive research, and a large percentage of BACARDÍ drinkers were leaving us for a different spiced rum brand, but they would stay with us if we had a BACARDÍ Spiced rum,” Pfenning says. “There’s a number of different segments within rum, but because BACARDÍ wasn’t offering a spiced rum under our trademark, they would leave us to drink a different brand. Now, they’re telling us they’re going to stay within the BACARDÍ family for a spiced rum.”

Pfenning says she’s most excited to reach non- BACARDÍ drinkers and to have them come into their family. “Our rum really is the perfect balance of sweetness and smokiness,” she says. “Spiced rum is highly versatile and mixable, and it’s great with Coke or gingerale, but my personal favorite is to pair it with a ginger beer and a little lime. If you want to get fancy, serve it in a copper mug or make some warm fall cocktails like warm apple cider with BACARDÍ Spiced in a warm mug on a cold day.”

The brand launch, she says, is being accompanied with a sizeable media investment, and football fans should expect to see commercials and see the rum advertised on football fields.  “We’re really just so excited to see our drinkers enjoying BACARDÍ Spiced,” Pfenning says. “BACARDÍ is really ready to stake our claim in the spiced (arena). Spiced rum has a new captain in town.”