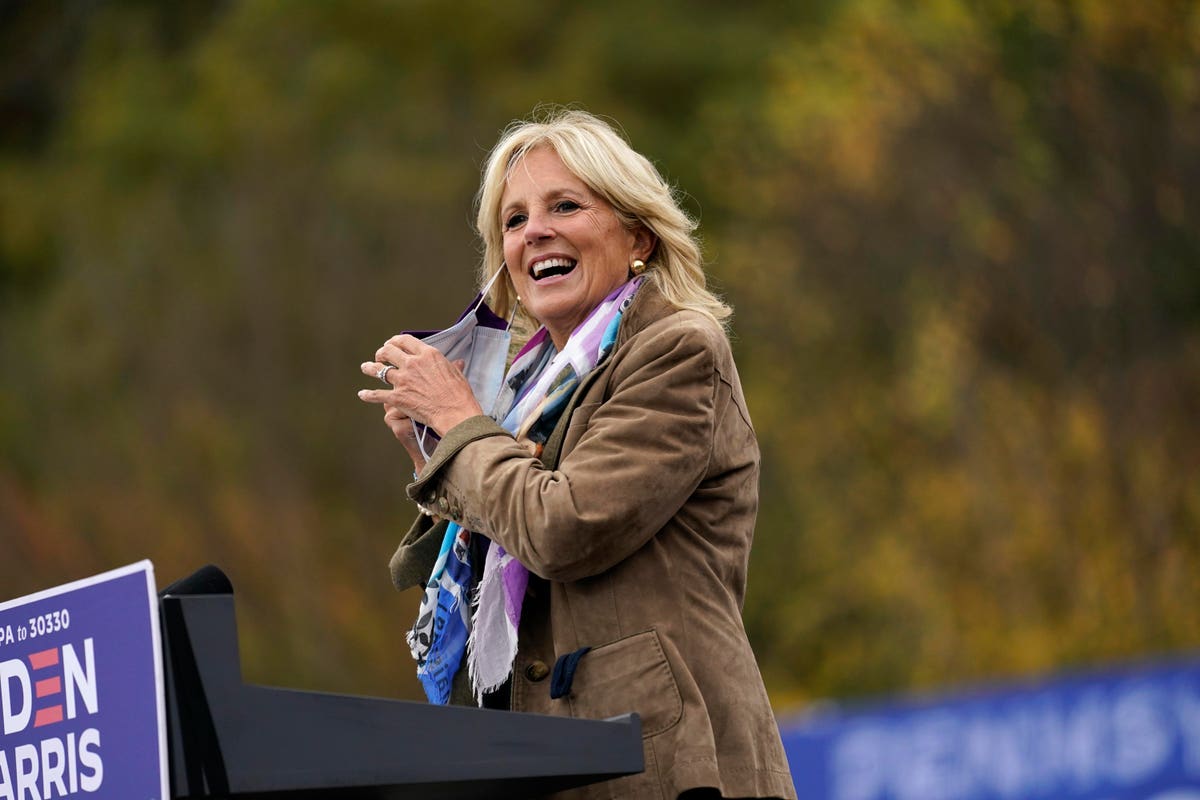 On Sunday afternoon, Democratic presidential candidate Joe Biden’s wife, Dr. Jill Biden, tweeted a video of her family’s chicken parmesan recipe as an idea for Sunday night dinner. While the video certainly makes what appears to be an appealing dish, it’s really about something else…

Making an appeal to family-focused voters.

The video, paid for by the Biden for President campaign and produced in partnership with Tasty, shows Dr. Biden waxing nostalgic about why she loves the recipe, which she learned from her grandmother. Biden also uses the video as moment to lament how the pandemic has impacted her ability to gather her family and cook meals for her loved ones.

The video begins with an appeal by Dr. Biden that is hard to for any voter, or diner, to argue, regardless of party. “Food is love, it’s the way you show love to your family,” she says. Mentioning the sense of loss of missed family dinners in a way that will likely resonate with many voters, Biden goes on to say “you know it’s one of the things I’ve missed so much during this pandemic, because I can’t have them over for dinner.”

“I’ve talked to so many moms, who are working their own jobs, they’re helping their kids do their schoolwork, and yet then they have to cook dinner, “Dr. Biden goes on to say in the video. “And I get that  — because when I had all my kids at home, I was teaching fulltime, I was going to grad school, if I couldn’t get that dinner on the table, the kids would eat too much junk. It was important to me that they had good nutrition and that my kids were healthy.”

Following a walk-through of the recipe, and more discussion about the importance of family traditions, Biden concludes the video with an appeal for viewers to make a plan to vote in the election.

But will the appeal to cook up voter interest work?

This isn’t Dr. Biden’s first use of her chicken parmesan recipe to connect with voters, in February Biden shared the recipe with Parade magazine, which published it alongside an interview with Biden, a noted academic and author. However, the collaboration with Tasty comes at a time when the Biden and Trump campaigns are fighting for every last vote in what is expected to be a tight election. The video is a clear appeal to those who have felt the stress of the pandemic, juggling jobs and family life, as well as those who are worried about the health and safety of their children

Although not explicitly focused on women, the video does heavily rely on Biden’s own experience as a mother. During the course of the campaign, the former vice-president’s campaign has specifically focused on attracting women voters who favored Trump in 2016, appealing to them to switch their votes to the Democratic contenteder in this election. Recent polls show Biden is having substantial success in those efforts, with polling showing a majority of women favoring Biden across most demographics.

While the video is not without the risk of alienating some voters who may be turned off by what some might consider a stereotypical appeal to women as homemakers, the video is likely to help the Biden campaign in its efforts to show a sense of understanding and empathy for American families who are struggling during the pandemic.  It also reflects an effort by the Biden campaign to draw a stark contrast with President Trump’s oftentimes apparently callous approach to the suffering caused by the pandemic.  For example, in an interview with Axios’s Jonathan Swan in August, when asked how Trump could claim the virus was under control with 1,000 Americans were dying a day, Trump famously said:  “They are dying, that’s true. And you have — it is what it is.”

Now, with less than 10 days to go before election day and the beginning of the nation’s flu season, the number of coronavirus cases is continuing to rise and Americans are once again anxious about the challenging weeks and months ahead. While Jill Biden’s chicken parmesan dish may not appeal to everyone, the Biden campaign is hoping that the chicken parm video gives undecided voters another reason to vote for the Democratic challenger.

And for Biden, that might be the most appealing recipe of all.