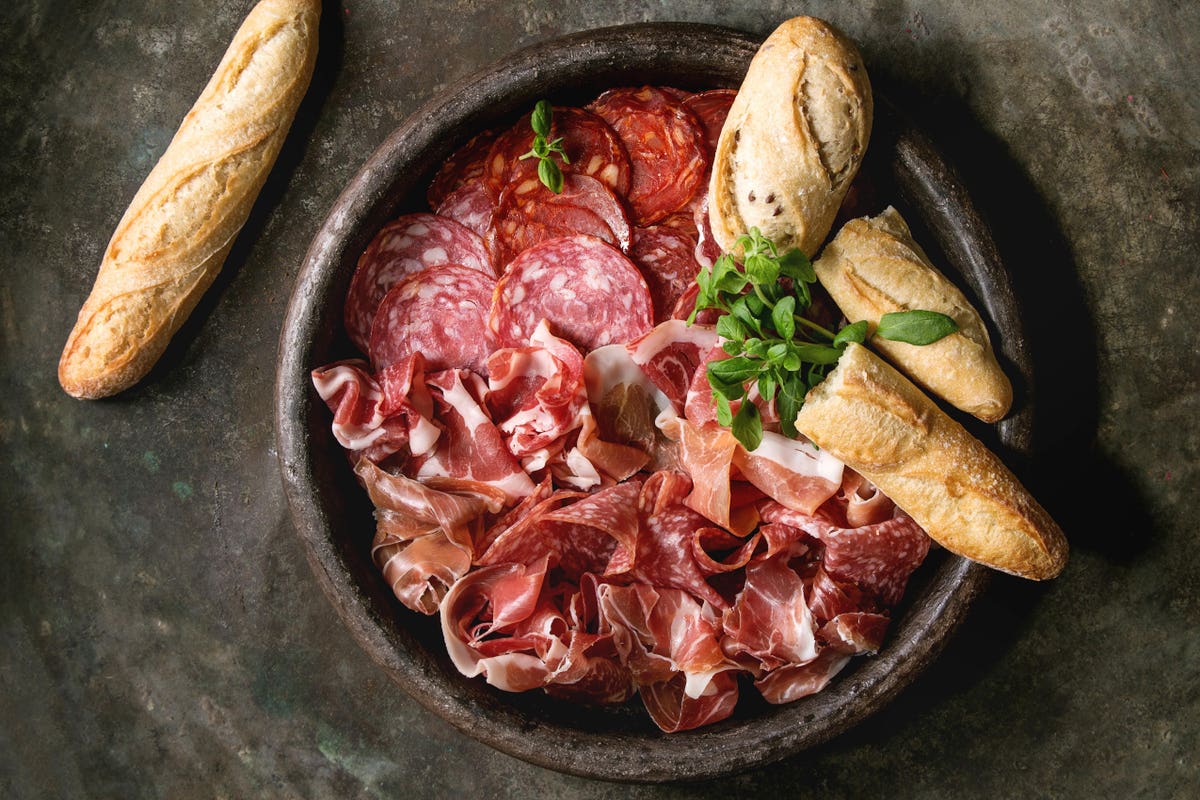 Well, this is a deli-cate situation, so to speak.

According to the Centers for Disease Control and Prevention (CDC), deli meats seem to be to blame for a new Listeria monocytogenes outbreak. So far, this outbreak has left at least 10 people sick in Florida, Massachusetts, and New York. All 10 have been hospitalized, and one person in Florida ended up dying.

Why are deli meats believed to be the cause? Well, nine of the people reported eating Italian-style meats like salami, mortadella, and prosciutto that was either sliced at deli counters or pre-packaged and sold at various locations. Public health officials have not yet identified a common source for these meats.

What’s the Listeria all about? As I have described previously for Forbes, listeriosis may sound like a mouthwash. But it isn’t. You shouldn’t be washing your mouth with the bacteria Listeria monocytogenes. Rather, listeriosis is the infection that arises from swallowing some Listeria monocytogenes. It can typically turn you into a steaming pile of poop, meaning that infection of your intestines results in a fever and diarrhea.

However, invasive listeriosis, when the bacteria gets past your intestines into your bloodstream and other parts of your body like your central nervous system, can be worse, often much worse. Neurological symptoms such as a headache, stiff neck, confusion, and even convulsions can begin between one to four weeks after ingesting the bacteria. Invasive listeriosis can bring a 20-30% risk of death. If you are pregnant, there are additional possible complications, including miscarriages, premature deliveries, and life-threatening infections for the newborn.

Here is a picture of Listeria monocytogenes:

As you can see, they look a bit like hot dogs with spaghetti cooked through them. In general, you want to stay away from anything that looks like this.

Since one particular type of deli meat or supplier has not yet been implicated, does this mean that you should quit all deli meats cold turkey? Well, the CDC recommends that for now you avoid eating deli meats, unless they are “heated to an internal temperature of 165°F or until steaming hot just before serving.” In the words of Paris Hilton, that’s hot. The CDC also advises you to wash your hands after touching deli meats. So no handling deli meats and then immediately rubbing your significant other’s face and saying, “I want all of you, forever, you and me, every day. Would you like a sandwich?”

Be careful with whatever the deli meats may have contacted too. So, thoroughly clean your refrigerator shelves, kitchen countertops, utensils, smartphones, laptops, pillows, bathtub, abdomen, and anywhere else you tend to lay out deli meats. This includes anything that may have touched the juices from deli meats as well. In general, it’s not a good idea to serve a glass of salami juice to your family or guests.

Remember that Listeria can be cool, meaning that it can still survive in refrigerator temperatures. Therefore, refrigerating deli meats is not going to kill the bacteria. That doesn’t mean that you shouldn’t keep deli meats in the refrigerator though. Just make sure that you don’t keep such meats in the fridge for more than two weeks if they are in unopened packages. If the deli meats have already been exposed this time limit drops to five days.

Stay tuned. At some point, public health officials may determine which specific suppliers and sets of meats have been responsible for the outbreak. In the meantime, be cautious with all deli meats, especially stuff like salami and prosciutto. They could be carrying the bacteria, no matter how you slice it.