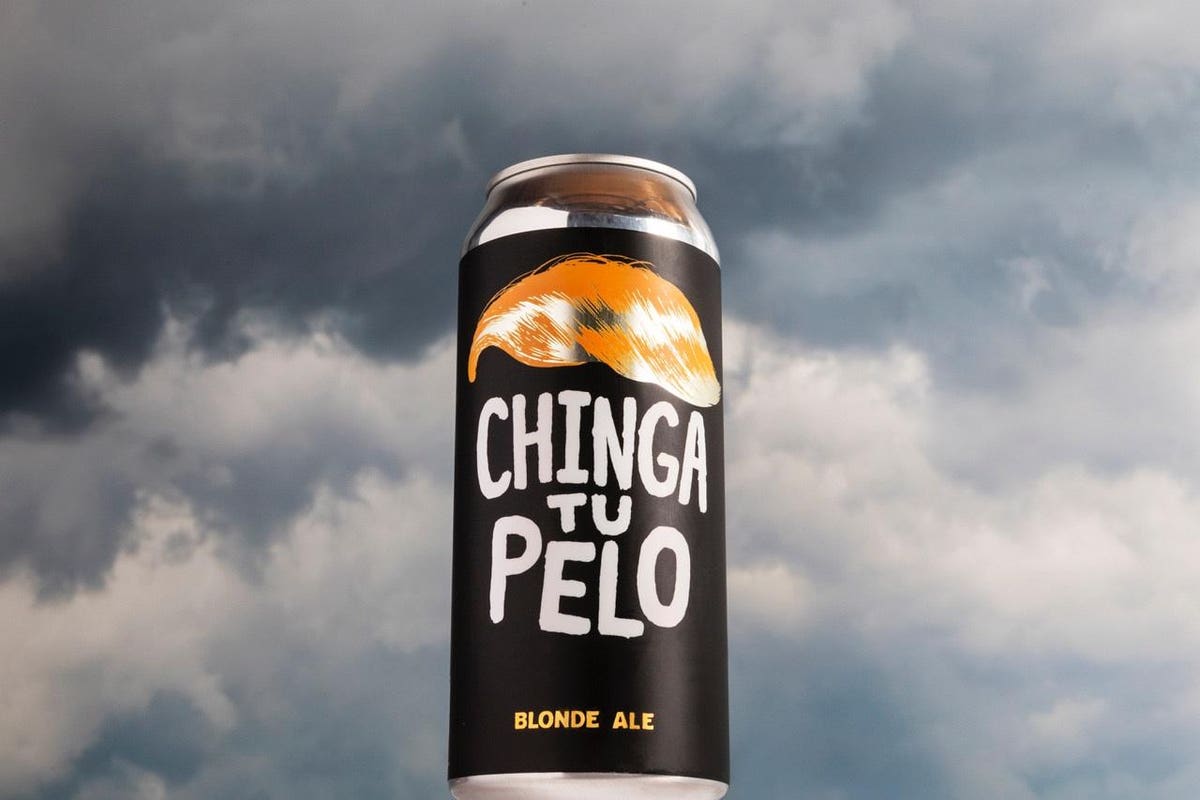 With election season in full force, some craft brewery owners are putting their politics where your mouth is – on their cans and bottles. While political beer names date back at least as far as 1990, when Philadelphia’s Dock Street Brewing publicized an anti-tariff campaign by affixing their beer labels upside-down and stamping PROTEST across them, it seems this year breweries are making their messages a little more direct.

Five Rabbit Cerveceria is bringing back the defiantly anti-Trump blonde ale that made international news in 2015 when they canceled a contract to supply Chicago’s Trump Tower hotel with its house beer — after the then-presidential candidate called Mexicans rapists and criminals – and released it to the public under a different name: Chinga Tu Pelo, which means “F*** Your Hair” in Spanish.

The married LatinX owners say they like to take advantage of the fact that unlike most Americans they can use their names and labels as a platform to voice injustice. This year’s injustice, according to co-founder, Peruvian Mila Ramirez, is that President Trump could push the United States into fascism if he wins re-election.

Not surprisingly, 5 Rabbit fielded racist comments in response to the beer in 2015, mostly in the form of voice messages and emails against Ramirez’ husband, Andres Araya, who is Costa Rican, not Mexican. They expect pushback again, but not from the liberal Chicagoland market where they sell their beer.

“We’d look at the area codes and they’d be from, like, Alabama, Oklahoma, Florida,” says Ramirez of the original batch. “They’d say things like, ‘Your brewery smells like a Mexican brothel,’ or, ‘Your beer tastes like Mexican p*ss.’”

Their actual wholesale customers, Ramirez says, were thrilled to support the Hispanic community that supports their businesses.

Though drinkers outside Chicagoland won’t be able to get their hands – whatever size they may be — on this offering, at least two other breweries have spearheaded campaigns to encourage breweries nationwide to get political.

Located in the heart of California’s wildfire country, Santa Rosa’s Henhouse Brewing is asking breweries to brew an IPA (an optional recipe is provided) to brew Vote for the Green New Deal, which references a proposed Congressional resolution to wean Americans off fossil fuels, curb greenhouse gases and guarantee good jobs in clean energy. Henhouse stipulates that participating breweries should donate a portion of proceeds to an environmental advocacy organization and encourage buyers to contact their lawmakers about climate change.

Over the past three years, California has suffered the worst wildfires in its history. Scientists blame climate change for the disasters.

“The fires all along the west coast, the fires in Rockies, and the hurricanes in the Gulf are no longer freak occurrences, they are annual tragedies. We do not pretend to be climate experts, we defer to the scientific consensus that action on a scale not seen since the New Deal is necessary,” writes the Henhouse crew on its website.

More than 4 dozen breweries have signed on.