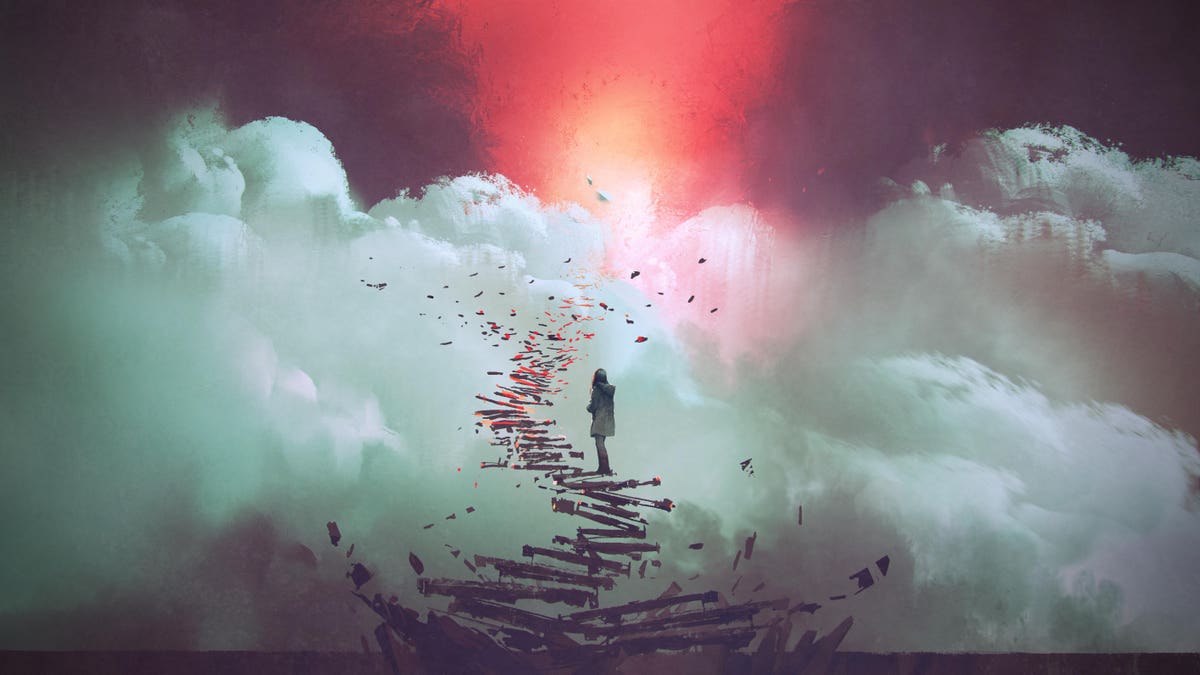 As Véronique Dausse celebrates ten years and 11 harvests as general manager of Château Phélan Ségur in Bordeaux, she reminisces about her journey to becoming the general manager at this lovely property in the northern sub-region of the Médoc, Saint-Estèphe. It is certainly a rarity for a woman with no connections to a well-to-do Bordelais family, let alone not being from Bordeaux herself, to become general manager of a well-known property such as Phélan Ségur. Although she had gained decades of experience by first working in Napa at the tender age of 19 then helping to launch a successful brand from the South of France to spending ten years in Champagne, she never had to oversee every decision of an estate until she came to Phélan Ségur. So when it came time to buy a new tractor in the fall of 2010, after only three months of her being on the job, she said she had “no clue” how to negotiate for a tractor.

“It is too expensive” Véronique recalls saying in a firm tone to the salesman as although she knew very little of tractor negotiations, the one thing she did know was that one of the most important things was to get a good price. When the man asked her why it was too expensive she simply told him, “I don’t know but it is too expensive.” She kept insisting she needed a bigger discount with at first 5% taken off and then 3% until she had pushed him too far. Véronique said she could distinctly remember the look in his eyes and that she could tell he had gone as low as he possibly could go on the price.

After he took a deep sigh he looked her directly and stated, “You know what Véronique, I want to tell you something” and with those words Véronique started to feel uneasy thinking that the conversation would turn ugly… until he expressed a smile and stated, “I was born where you are sitting.” She was sitting in her office which was a 300 square foot room in a tiny house that sat on the Phélan Ségur estate and at one time some of the people who worked on the estate raised their families in this little house; three families living in a different room in that particular building. Véronique instantly exclaimed, “You are making a great price. Okay, I’ll take the tractor,” after she realized that this man and many in his family where born in that room. She realized that she was running an estate that had many personal stories and a deep history that was based on the sweat, blood and tears of generations of local people.

But it is ironic that Véronique ended up running an estate, entrenched in a place that passes on French generational values as her younger self’s vision foresaw a life in the new world… the new world of America.

When Véronique was young she dreamt of a very different life while growing up on her family’s farm in a tiny town in South West France; she fantasized about the California dream with The Beach Boys, the ocean, the land of opportunity with the American fighting spirit. In the 1980s, France had a political environment that made one feel that it was not good to have success, according to Véronique, and that there were very limited opportunities in France anyways. “I was dreaming about creating a business and creating freedom,” Véronique noted about her decision to move to California at 19 years old.

Before leaving France she sent several letters to Silicon Valley companies as well as some wineries because she figured since she was from the South West of France, raised on wine, bad wine but wine nevertheless, and great food, that going to work for a Napa winery might work out.

Fate put her on the Napa wine path as she was given a contact of a French winemaker called Bernard Portet who ran Clos Du Val in the Stags Leap District of Napa Valley. Bernard was at a point in his career where he wanted to pass on what he knew to the younger generation, and so he took Véronique under his wing and he “protected” her and taught her “a lot” about being a future boss. It was a thrilling time for her as she met winemakers from all over the world who came to Napa to work in the wine industry there and she would join their wine tastings and she noted, “I didn’t know anything about anything.” But she can still remember her first tasting and the technical language they used to describe the wines and more importantly that wine was extremely important to them and they were passionate about it. She experienced how wine brought people from around the globe together and she knew that she wanted to spend the rest of her life working with wine.

Although Véronique was thriving in Napa, she had to go back to France as her father never understood why she left and thought that it was because of him. She finished business school in France and she was able to find a job with a new operation called Fortant de France in the South of France with a man, Robert Skalli, who she met in Napa, and then that led to another opportunity in Champagne where she spent the majority of her career, 12 years, working for the Champagne house Nicolas Feuillatte. She eventually ended up moving back to her home in the South West of France and she had three kids. There came a time that once her kids were grown she was thinking of starting her own company and as she was contemplating her business she met Thierry Gardinier and she said, “It was love at first sight!”

Thierry Gardinier’s family owned Phélan Ségur at the time and he ran it with two of his other brothers. Thierry was put in charge of handling the estate directly since he moved to Bordeaux but after a few years he wanted to move back to Paris. He was looking for a managing director, as he needed someone to be there every day, and Véronique seemed like the ideal candidate as she brought a fresh perspective as an outsider to Bordeaux. At first it was not part of her plan to move to Bordeaux and manage a property so she quickly told him no but the more she thought about it she could not resist the idea of bringing a new type of energy to such a long-established French wine region and so her answer quickly turned to yes.

Over her decade long management of overseeing every aspect of Phélan Ségur, she has brought on consultants to work on more micro-vinifications in the cellar with smaller tanks, implemented a program to gain more data to back their decisions in the vineyards and brought on a top consultant that recommended very early on to purchase an optical sorter that helped avoid austerity in their wine. It typically takes significantly longer for Cabernet Sauvignon to ripen in vineyards in the most northern part of the Haut-Médoc, in Saint-Estèphe, where Phélan Ségur is located, and so the skins and seeds did not always reach ideal ripeness – giving an austere quality to the wines that made them unpleasant to drink for ten to 15 years. But with the optical sorter they can leave the Cabernet Sauvignon much longer on the vines, not worrying about a common Bordeaux issue called botrytis – a fungus, as the optical sorter will get rid of any grape bunches that have it. And so the wines are more expressive earlier in life with the austere quality a thing of the past.

Today the work is paying off as the recent vintages of Phélan Ségur have gained critical acclaimed and high scores.

Now Véronique finds herself in an exciting second era of her time at the property as a new owner has taken over, Philippe Van de Vyvere. The new owner is a very successful shipping magnate who is always preparing in the present what will be needed in the future. He is not only giving Phélan Ségur a large amount of resources to work better in the vineyards and to plant better vines but he is constantly analyzing the flow of work at the château. Philippe has been pointing out to them how to work in a more logical way of working to safeguard the workers, save time, save energy to become more sustainable and he is very focused on specifically saving water as he sees that as an immediate threat for the future. Véronique said that he bases everything on one of his favorite words: excellence. He always wants to strive for something better which is ideally represented by him telling Véronique that he loves the style of Phélan Ségur as a wine collector and he doesn’t want to change it but he wants the wines to be “better.”

As she finished up harvest a couple of weeks ago with her team, celebrating with a big lunch and many bottles and tasty gifts given to her workers, she could not help but think of one man who had been there for 45 harvests who was finishing his last one before he retired. “It is going to be painful,” when she thought about him no longer being there with the team. She even still thinks about the tractor salesman, who retired three years ago, and the lovely working relationship they ended up having and that funny yet profound moment of their first meeting. Although she comes with a lot of international experience of selling wines around the world and she has brought so much to the Phélan Ségur property, she still credits her workers for the success of their wines. “If the vineyards are doing well it is because of them,” Véronique confidently said and she understands those who have been there for generations have made Bordeaux what it is today.

Despite Véronique not being from Bordeaux, and she points out that she will “never be from Bordeaux”, that she does bring an energy to the area that has its foundation in experiences from different wine regions. “I wake up every morning and I think it is possible,” acclaimed Véronique. And Phélan Ségur may have all the ingredients of great terroir and generations of experience to become a great wine but Véronique is part of leading the way of freeing them from the shackles of being an unclassified property, excluded from the 1855 classification. Phélan Ségur has been significantly over-performing over the past few vintages and it has been part of a movement that wines are no longer judged only by their placement in a classified system1.

Those initial driving forces that make a young woman move to a far away land may seem like a simple act of escaping a place of limited options to start a new life in one that offered the idea of anything being possible; her early adventure ended up being about so much more than just her own path, and now she is freeing Phélan Ségur from what was written down in history so long ago. Véronique brings a new vision that wines will be based on merit and not title. She is a woman who empowered herself early on who was able to eventually pass that empowerment to a château; she is not afraid to have Phélan Ségur reach for the stars, and by doing so she is ensuring a future for her workers, and their families, who she never forgets are the soul of the property.