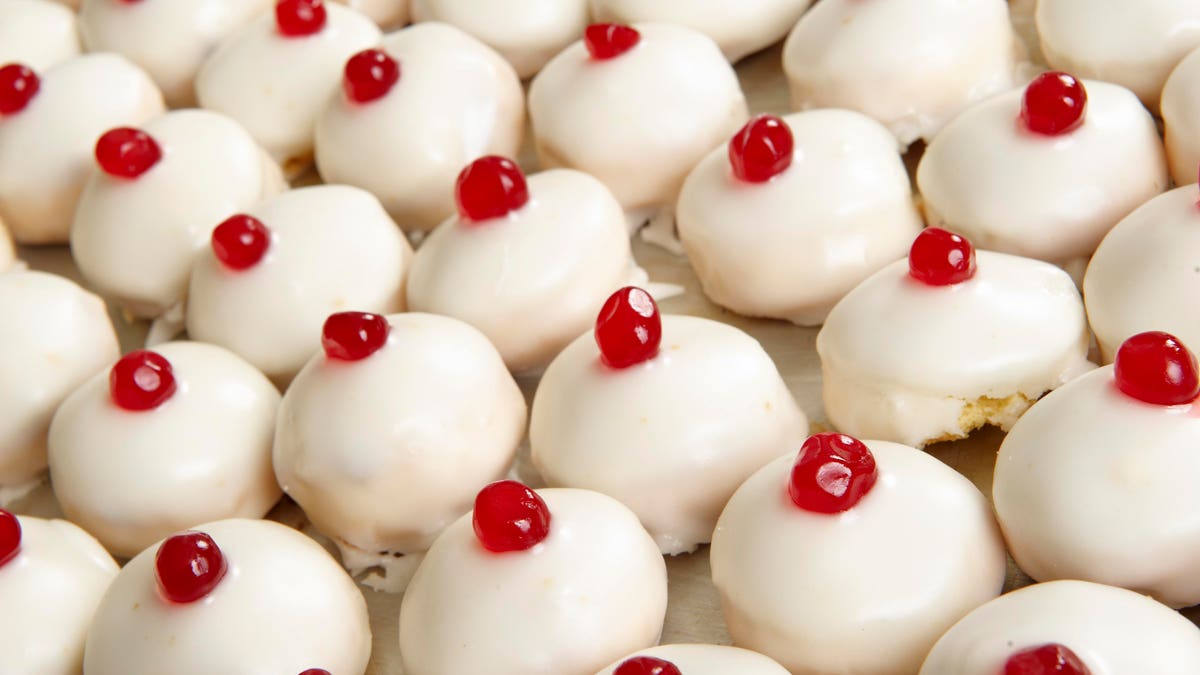 The COVID pandemic has made global travel tougher, but that doesn’t mean one has to give up on the pleasure of indulging in Italy’s top treats such as the supreme pastries made in Sicily, the country’s ‘Sweet Tooth Kingdom’. Even if from afar, taste buds can still tingle, preparing palates and waistlines for the big sugar intake.

Here are the most delicious pastries to grab during your next trip. For now, try not to drool.

‘Nipple cakes’ may sound blasphemous, but that’s what they are: cup cakes shaped like tiny breasts, filled with fresh ricotta goat cheese and chocolate and covered in an icing coating topped with candied cherries resembling nipples. Cassatina is the dull name, minne the sexy one. There are wobbly, jelly-like minne and more solid, round ones. And they come in different sizes, too. In the town of Catania people eat them to celebrate the martyrdom of Saint Agatha, a little girl tortured by the Ancient Romans. In Sambuca, a nun created the minne inspired by the hilly surroundings of her convent and served them at a noble wedding. Here, they’re huge, cone-shaped golden crust muffins stuffed with Biancomangiare, a jelly-like milk cream pudding mixed with pumpkin jam and chocolate drops. Colored sugar is sprinkled over the darker, roasted nipple-like top.

It’s an edible trick. The brightly colored apples, oranges, strawberries and figs look like porcelain souvenirs but their strong almond scent reveals what they really are: fruit-shaped marzipan cakes made with an almond paste, called ‘pasta reale’, and mixed with honey, lemon and orange juice. The fruit comes with fake, edible leaves covered in powdered sugar and dark chocolate. Such art works one feels almost bad eating.

The crispy, brownish fried dough shaped like a tube is filled with oozing-out fresh goat ricotta cheese. The shell has a rough surface with popped bubbles that resembles a teenager’s pimple-dotted face, or little volcano craters. Cannolo is dubbed the ‘King of Pastries’. Candied citrus peel, pistacchio bits and chocolate drops can be added to the ricotta, but purists love it straight. Sicilians often have lunch with two cannoli. They’re huge and take up a whole plate.

Forget gelato, this beats it. Granita, a sublime hybrid between an ice-cream and a slushy, is a dense mixture of sugar and water blended with locally grown pistachios, toasted almonds and the best seasonal fruit such as lemons, figs, cactus figs or mulberries. Purists stick to the lemon or coffee flavours. It’s fun to slurp. Eaten like a sandwich, it is served inside a ‘brioscia con tuppo’ – aka a brioche bun shaped like a ball with a round ‘hairpiece’ on top. Bits of ‘brioscia’ are used as a DIY spoon to scoop up the remaining granita.

This fried, puffy beignet bun shaped like the typical turban of a Saracen was first made in the middle ages in the picturesque town of Scicli to celebrate the victory against the Turkish army. The corpses of the invaders lying on the bloody fields, dotted with fallen turbans, inspired such pastry. It’s filled with custard cream, vanilla and sweet ricotta cheese, and has a honey coating sprinkled with powdered sugar. At the first bite the bun explodes, flooding the mouth with cream ecstasy. Each year a turban-cake party re-enacts the epic battle.