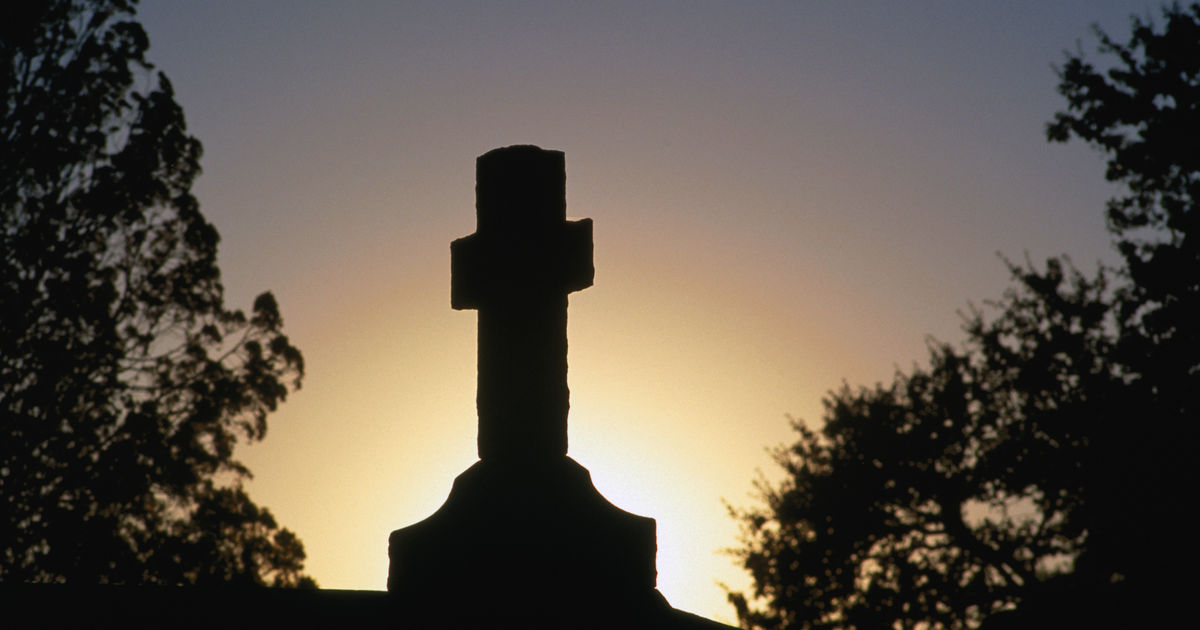 Some U.S. cities are perfect to visit during Halloween because of their spooky or mysterious culture, like the above ground cemeteries and voodoo traditions in New Orleans, the famous 17th century witch trials in Salem, Massachusetts, or the Headless Horseman legend in Sleepy Hollow, New York. 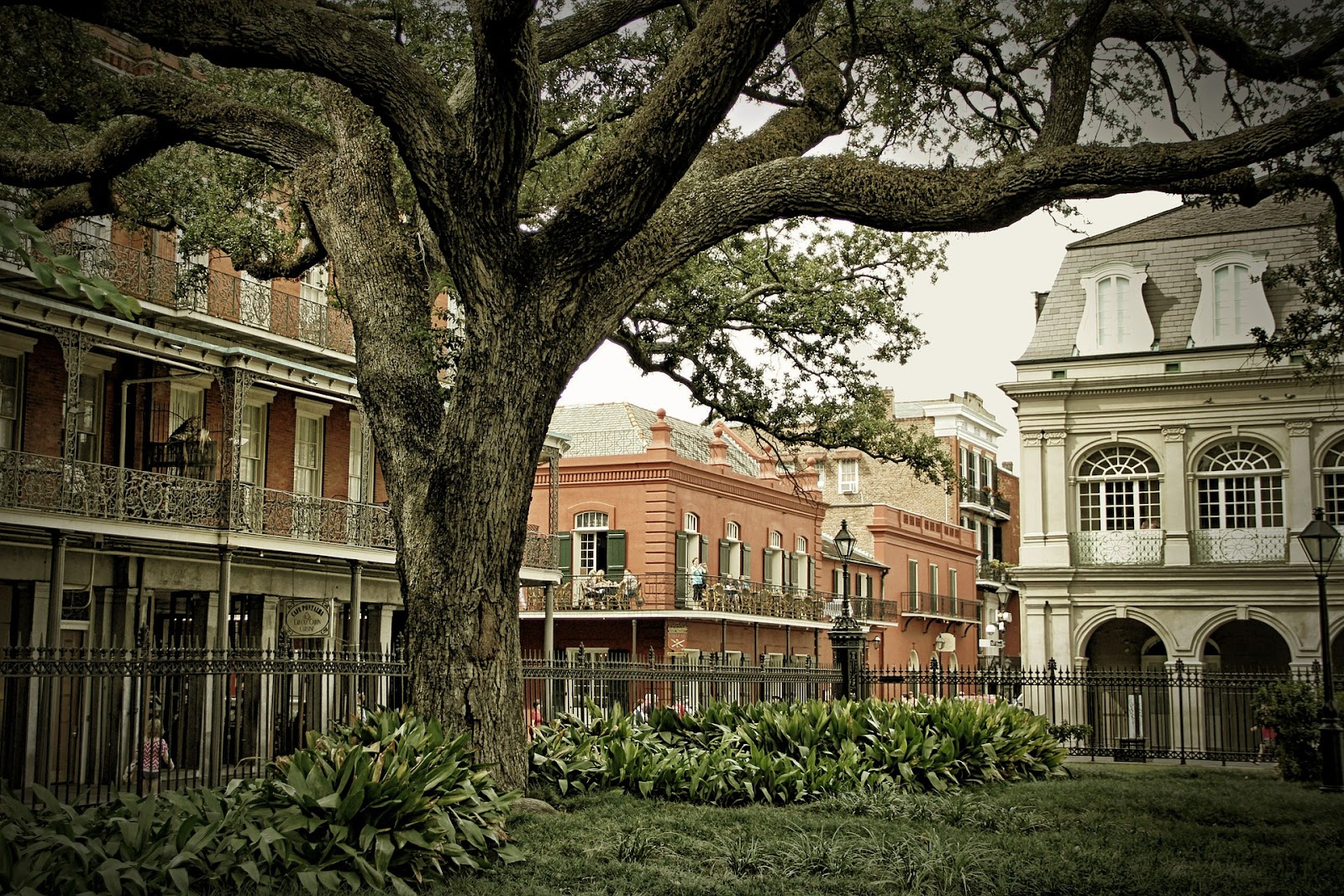 From above ground mausoleums and tombs to haunted hotels to voodoo culture, New Orleans has a distinct culture that involves elements of the macabre. Founded in 1718 before the United States was officially founded, it has a history full of urban legends, including werewolves prowling the bayou or vampires in the French Quarter. Popular landmarks include the tomb of Voodoo Queen Marie Laveau in the St. Louis Cemetery, walking past the gruesome past of LaLaurie Mansion, or Blacksmith’s Shop Bar where the ghost of pirate Jean Lafitte resides. Walk the cobblestone streets past brightly colored houses with iron balconies on a ghost tour on a foggy night to experience the unusual.

Savannah may ooze more than southern charm. With more than 300 years of gruesome history, the entire historic district is reportedly haunted. There’s been rumors and sightings of paranormal activity at Hamilton-Turner Inn as well as Marshall House, a haunted hotel that was a hospital three times in the past. Madison Square was the site of a bloody Civil War battle and has many haunted mansions that line the streets. Wander through Bonaventure Cemetery or Colonial Park Cemetery if you dare.

This village thrives in its folklore history due to the Headless Horsemen in the famous story “The Legend of Sleepy Hollow” by Washington Irving. You may experience a ghostly encounter when walking through Sleepy Hollow Cemetery or exploring the town by lantern and shining jack-o-lanterns. Wander through popular colonial era manors include Philipsburg Manor, Van Cortlandt Manor, or Lyndhurst Mansion to learn more about local Sleepy Hollow history and haunts. 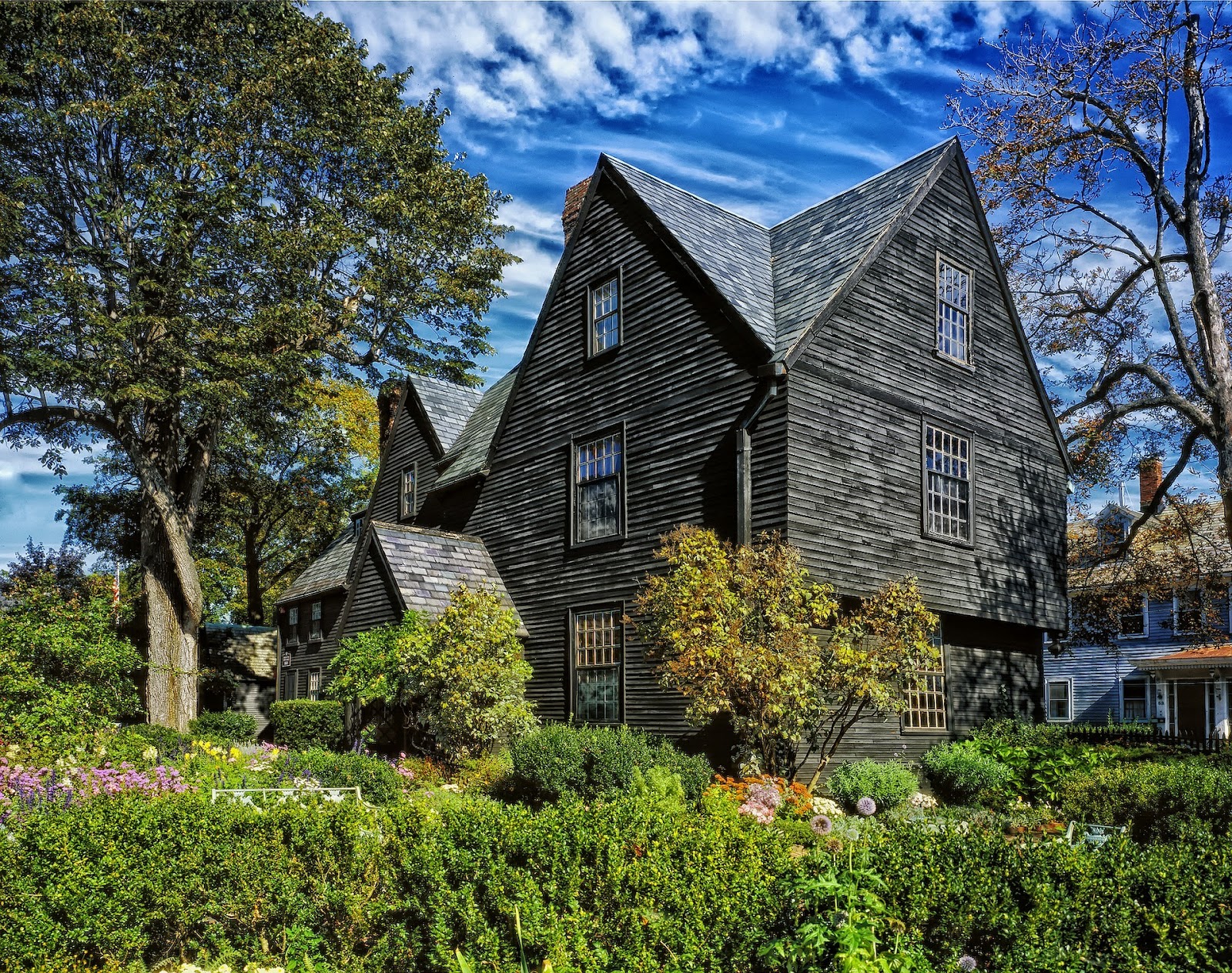 Founded in 1626 as a Puritan fishing community, Salem is the location of the famous 1692 Salem witch trials in which Colonial America’s mass hysteria led to 19 people being hanged with more dying from other causes. Much of the town’s cultural identity revolves around this event, and many of the sites from the witch trials over 300 years ago still stand. Many historic sites are reportedly haunted, including one of the oldest cemeteries in the country, Old Burying Point Cemetery, and home of a Witch Trial Judge, The Witch House. Explore the muted colors of the town and brick-paved streets yourself to learn more about the sinister history rooted here.

Riddled with a violent past, this historic mining ghost town is said to be home to lingering spirits of cowboys, grieving mothers, and citizens killed in large fires. OK Corral, the site of the famous Old West gunfight, is reportedly haunted by the cowboys. Boot Hill Graveyard and Bird Cage Theatre are popular destinations where unexplainable phenomena occur in Tombstone. 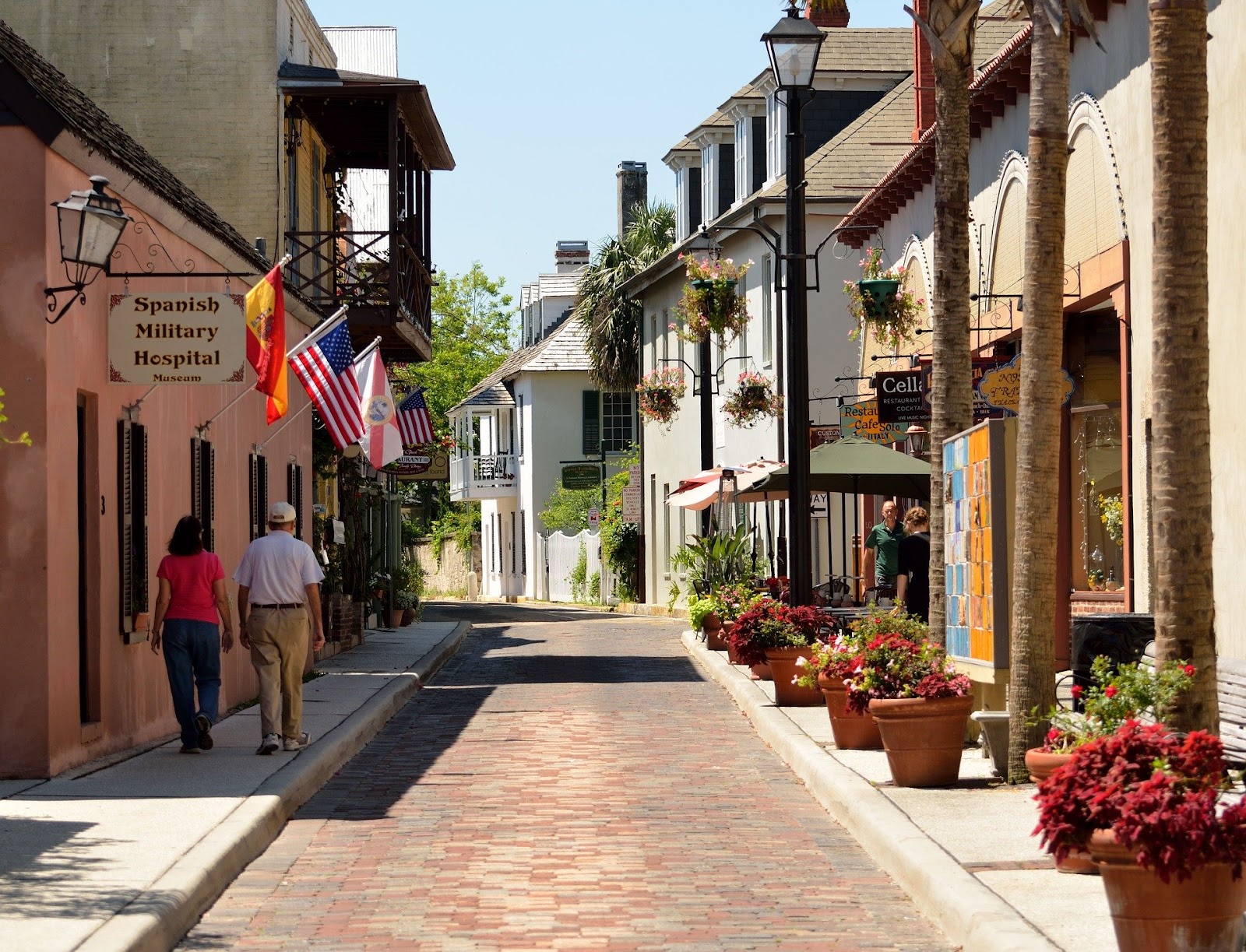 Presumably the oldest city in the United States, St. Augustine was founded in 1565 by Spanish explorers and is home to centuries of history, beautiful houses, and supposedly, spirits.  The masonry fortress Castillo de San Marcos is the location of many battles and invasions. Dangerous criminals in grotesque conditions were held at The Old Jail and apparitions with tragic deaths have been described at St. Augustine Lighthouse. Stroll the cobblestone streets among the Spanish colonial architecture to immerse yourself in this ancient city.

Among the vibrant scenery and sloping hills, some locations around San Francisco may send you chills even amidst the warm weather. Alcatraz, or “The Rock,” is a famous maximum-security military prison and haunted landmark that housed inmates including Al Capone. See if you hear voices or footsteps behind you if you visit. Take your pick of the macabre from friendly ghosts at The Queen Anne Hotel, dead army men performing their daily routine at the National Park The Presidio, or ethereal beings at the Sutro Baths.

Known as a port city with cobblestone streets and horse-drawn carriages, Charleston also has some dark history from the first shots of the Civil War fired at Fort Sumter to slave labor on plantations. Learn about the macabre with locations like the White Point Garden where 50 pirates were hanged in the 1700s, the Old City Jail which housed the state’s first female serial killer, or The Old Exchange Building & Provost Dungeon which held Revolutionary War soldiers.

Bursting with rich culture and modern attractions, San Antonio also has a creepy past. The Menger Hotel is reputed to have strange occurrences but is decidedly the location of The Battle of the Alamo, Teddy Roosevelt’s Rough Riders recruitment, and a devastating fire. The Southern Texas region also gives way to the Spanish urban legend of La Llorona, the weeping woman. Walk along the river or visit the Alamo 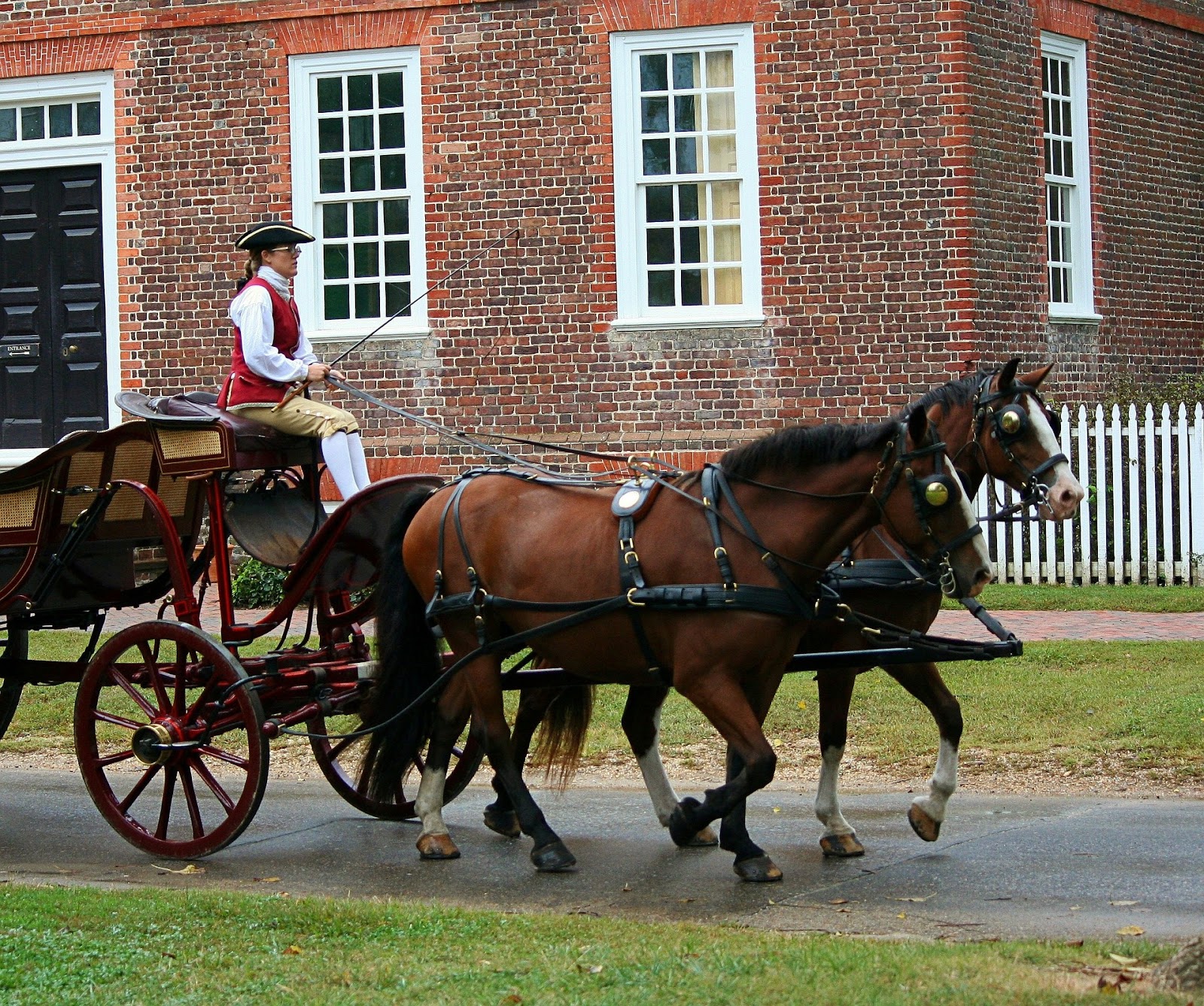 Existing as early as the 18th-century, Williamsburg has diverse Colonial America history, including part in the U.S. Civil War. Not all of its history is for the faint of heart though. Said to be cursed by the slave of the wife, the Peyton Randolph House was built in 1715 and the location of at least 30 deaths. The Public Hospital was the country’s first insane asylum Other haunted locations are the Wythe House, colonial prison Public Gaol, and Fort Magruder Hotel which was the site of the Battle of Williamsburg in 1862.