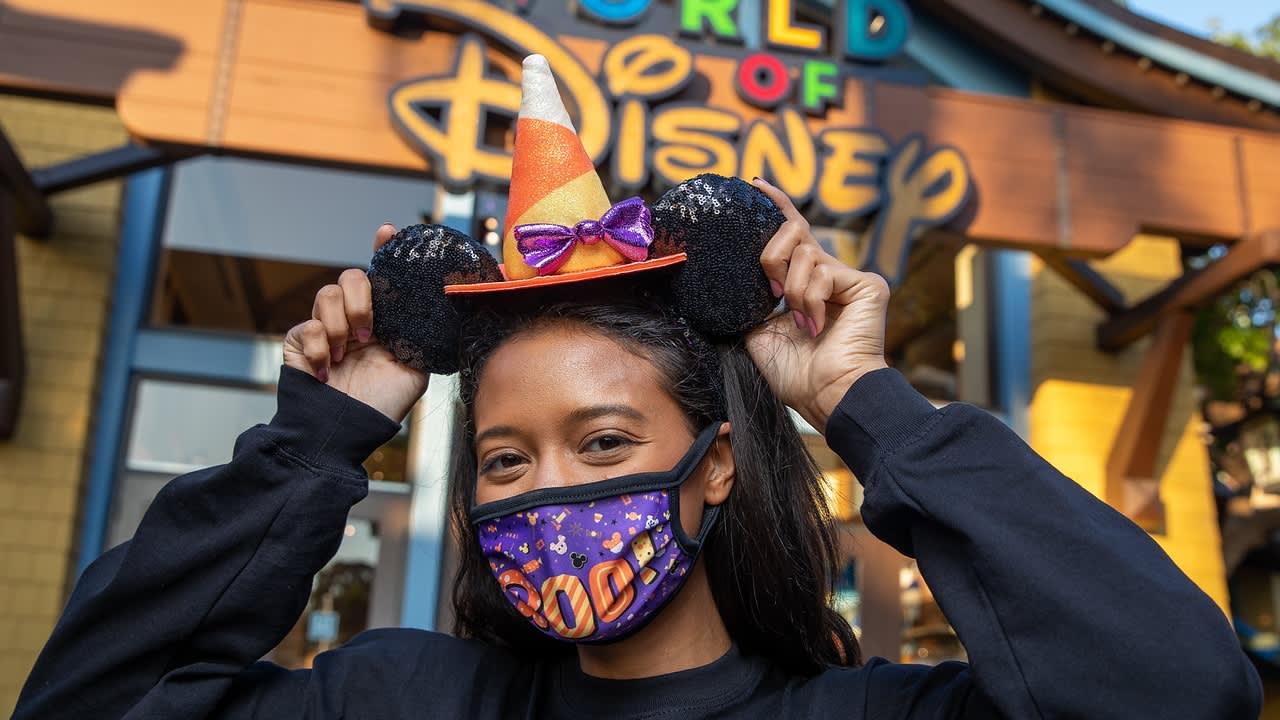 With caps on attendance and new coronavirus safety guidelines, including mandatory mask wearing and social distancing, theme parks have had to reimagine their Halloween festivities this year.

The fall holiday has morphed into the single most important event for theme parks, Dennis Speigel, president of International Theme Parks Services, said.

“A down Halloween or a flat Halloween can make or break a park’s season,” Speigel said. “This season we are so broken, it’s just going to take our revenue and attendance levels to the lowest level we’ve ever seen.”

Halloween events, which range from haunted houses and scare zones to kid-friendly parades and trick-or-treating booths, have become incredibly popular with guests in the U.S. and abroad. These events often pad the bottom line for theme park operators like Universal, Disney and Six Flags.

At first, Halloween events were a way to extend operations at regional parks well into the autumn months. Roller coasters are less appealing during colder weather and, with school back in session, families aren’t able to go to parks during the weekdays in the fall.

Over time, it evolved into lucrative months-long festivals. Theme parks across the U.S. bring in the hay bales, giant jack-o’-lanterns and cobwebs as early as August to kick-off the spooky season. Typically,  Halloween events take place after traditional park hours and require a separate ticket purchase. So the parks are making money from both the guests that visit during the day and those that arrive when the sun goes down.

These events, particularly ones with multiple haunted houses, draw guests for multiple nights. Six Flags noted during an earnings call last year that visitors often come to the park three to four times to experience the event.

For some parks, like Knott’s Berry Farm, Universal Studios and SeaWorld-owned Busch Gardens, Halloween is all about gore, scares and screams. These parks design elaborate mazes filled with creepy creatures and plenty of jump scares.

Knott’s Berry Farm, which launched its Knott’s Scary Farm event in 1973, was the first park to dream up a Halloween-themed event. Unfortunately, for the park, which is owned by Cedar Fair, California has not lifted restrictions on theme parks reopening in the state, so it has been unable to host its annual Halloween event.

“Being the original creators of the very first Halloween theme-park experience, our guests have come to expect a lot from our annual Knott’s Scary Farm event,” Knott’s Berry Farm said in a statement to CNBC.

“When evaluating what to do this Halloween season, our biggest challenge was trying to figure out how to create and deliver an experience that our guests will enjoy while ensuring they are staying 6 feet apart, wearing a mask at all times, continuously sanitizing all highly-touched surfaces, adding sanitizing stations, touchless transactions, and limiting contact while at the park,” it said.

This year, the park is offering Knott’s Taste of Fall-O-Ween, an outdoor dining and retail experience. Currently, Knott’s Berry Farm is capping attendance between 10% and 15% of what it normally would be and has sold out its tickets everyday it’s been open.

“We were ready to safely open our park when given clearance, and it was disappointing to not be given guidance to entertain more of our guests who look forward to Halloween at Knott’s every year,” a representative for the park said.

And it’s not the only one. Last year, SeaWorld saw attendance in the fourth quarter jump 2.2% despite unfavorable weather. The company said that its Halloween event was one reason for the uptick.

“Over the past 20 years, Howl-O-Scream has become a haunted staple among Halloween fans, drawing thrill seekers from around the world to the Tampa Bay area,” Busch Gardens Tampa Bay said in a statement. “The event is highly-anticipated each year, with many fans eagerly reaching out and making plans in the spring to attend in the fall.”

The team had to quickly adapt to new safety protocols and create an experience that was more socially distant. All scare actors wear protective face coverings and remain further away from guests than they usually would.

Instead of traditional indoor haunted houses, the park has 10 open-air scare zones that guests can venture through.

Universal Studios, too, sees a big spike in foot traffic and revenue during the fall months. The Comcast-owned company hosts an annual event called Halloween Horror Nights, which helped boost revenue at its theme parks 3.2% to $1.6 billion during the fourth quarter last year.

However, due to reduced capacity and the continued closure of its California-based park, Universal canceled its Halloween Horror Nights event in July. This year would have been its 30th anniversary.

Universal Studios did not immediately respond to CNBC’s request for comment.

Last year, the park had 10 haunted houses, including ones featuring characters from “Us,” “Stranger Things,” and “Ghostbusters.” This year, there are only two haunted houses and they are available to tour during the daytime instead of after hours.

Without its marquee Halloween event, Universal has developed other, socially distant, ways for guests to enjoy the holiday. The park added a scavenger hunt called Scarecrow Stalk, 13 scarecrows and skeletons that can be found throughout the park, and the Halloween Horror Nights Tribute Store, which has four themed rooms with spooky merchandise and specialty foods.

“We are seeing theme parks adapt as best they can in order to stay engaged with their park guests,” Eric Wold, analyst at B. Riley FBR, said. “While the experience could be seen as not as exciting to some guests, we would expect parks to make the most of it and still drive an enjoyable experience for attendees.”

While other parks delve deep into the scares, Disney leans into “Hocus Pocus,” “The Nightmare Before Christmas” and dozens of iconic villains for a “not-so-scary” experience for families.

In 2019, the parks, experiences and products segment for Disney saw revenue for the quarter rise 8% to $7.4 billion from the prior year. That unit includes all of Disney’s domestic and international theme parks, its cruise lines, hotels and tours, as well as its merchandise.

In the past, Disney has offered a number of parades, fireworks shows and in-park entertainment. This year, with attendance caps and gathering restrictions, the company has also had to get creative with its celebrations.

Disney has small processions of iconic Disney characters that make appearances throughout the day and the Dapper Dans from Magic Kingdom have been transformed into The Cadaver Dans to perform undead a cappella for guests.

Additionally, Disney has made a lot of Halloween-themed merchandise available online for those guests that aren’t able to venture to the parks this year.

Halloween merchandise available at Disney Parks and online at shopDisney.

“We know how much our guests enjoy experiencing these special moments with their families and that’s why we’re giving them more ways than ever to celebrate the seasons with Disney magic,” Jill Estorino, president and managing director for Disney Parks International, said.

Disney’s ability to shift to offering more consumer products and retail experiences is not something that all theme parks are able to do to. Especially, for parks that aren’t open year-round.

And the troubles that theme park operators are seeing this year aren’t likely to disappear quickly.

A weekly report published by Morning Consult indicates, as of Oct. 5, only around 21% of consumers feel comfortable returning to amusement parks.

“This isn’t going away,” Speigel said. “We are going to be experiencing this in 2021. People just aren’t ready, there is still this fear.”

Disclosure: Comcast is the parent company of NBCUniversal and CNBC.