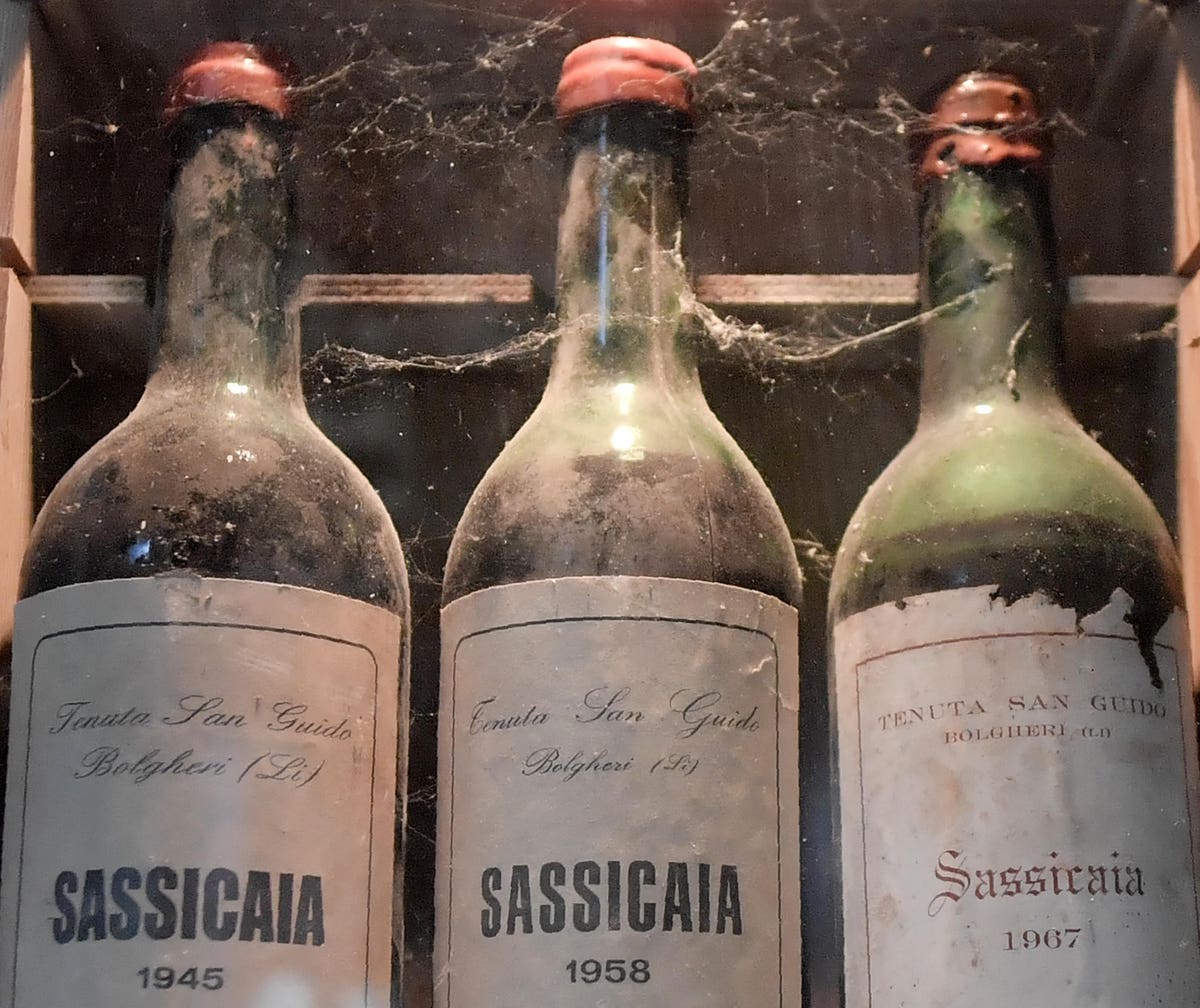 The renowned caribinieri of Italy are admirably sharp sleuths of stolen, or faked, fine Italian products, be they Gucci knockoffs, Renaissance oils, antiquities, or, in fact, the very finest drink. So it was with a modicum of quiet celebration that a two eagle-eyed officers of the financial police stumbled across a case of recent, suspect Bolgheri Sassicaia — a so-called “Super Tuscan” wine from the renowned Tenuta San Guido winery that retails for some $400 per bottle. According to the Florentine prosecutors who have announced the case, the officers literally found a case lying in the street, in Empoli, Tuscany. Two mobile numbers the officers found on a note inside the case led to the investigation.

The ring had an extensive, professional scale of reach: Customers in Russia, Hong Kong and China had ordered — formerly — believable cases of the stuff. The nominal wine product inside the bottles masquerading as the real thing was vinified in Sicily, a terroir about as far away from Tuscany as one can get and still produce something that passes for Italian wine and a locus of some of the world’s oldest and most practiced crime families. The ring had the cases and labels manufactured in Bulgaria, again, a locus of eastern European crime families with superb technological abilities and tentacles of influence reaching into Western Europe, and the bottles came from Turkey.

Luckily for Italy’s Guardia di Finanza and for the Tenuta San Guido winery, the investigators were, according to the Florentine prosecutors who will be prosecuting the father-and-son suspects, able to prevent some 4000 bottles from coming to the market. In the police raid on the warehouse in which the two suspects were labeling bottles to be marketed, the labels being applied were from the renowned 2015 vintage, recently rated the “best” red in the world by Wine Spectator.

Colonel Dario Sopranzetti of the financial police announced that the suspects were producing some 700 cases a month, and added that his investigators had not yet determined how long the operation had been running. From phone intercepts over the course of the investigation, the sleuths were able to determine that the current load was bound for South Korea, at a screamingly suspicious bargain-basement price of 500 euros per case. Ordinarily, cases of Bolghieri Sassicaia sell for between 1800-2400 euros per twelve bottles. The street value of the 4000 impounded bottles, or approximately 330 cases at the counterfeiters’ 70% discount would have been roughly $170,000. Assuming a median price of $2000 per case, if that price is now findable, the street value of 330 cases of the real thing would have been between $600,000 and $700,000.

Col. Sopranzetti admired the quality of the counterfeiters’ care in this way at the press conference: “The bottles and the packaging were perfectly identical to the originals,” he said. “Even the weight of the tissue paper was the same.”

Put a different way, the counterfeiters were sophisticated enough — and the operation was meticulously-enough planned — to have delivered a similar “outward” packaged value to their customers, if not in the actual product in the bottles, that the real Tenuta San Guido winemakers do. The fakers’ scrupulous attention to detail testifies to their thoroughness, and to the fact that the operation was several times bigger than they. Eleven other suspects are currently being investigated but are not yet under arrest.

Bluntly put, it seems there’s more to come in the highly entertaining Operation “Bad Tuscan.” Perhaps the most interesting question that remains unanswered is one that will, hopefully, be posed to the counterfeiters, and that is: Why did they price their product so suspiciously low?