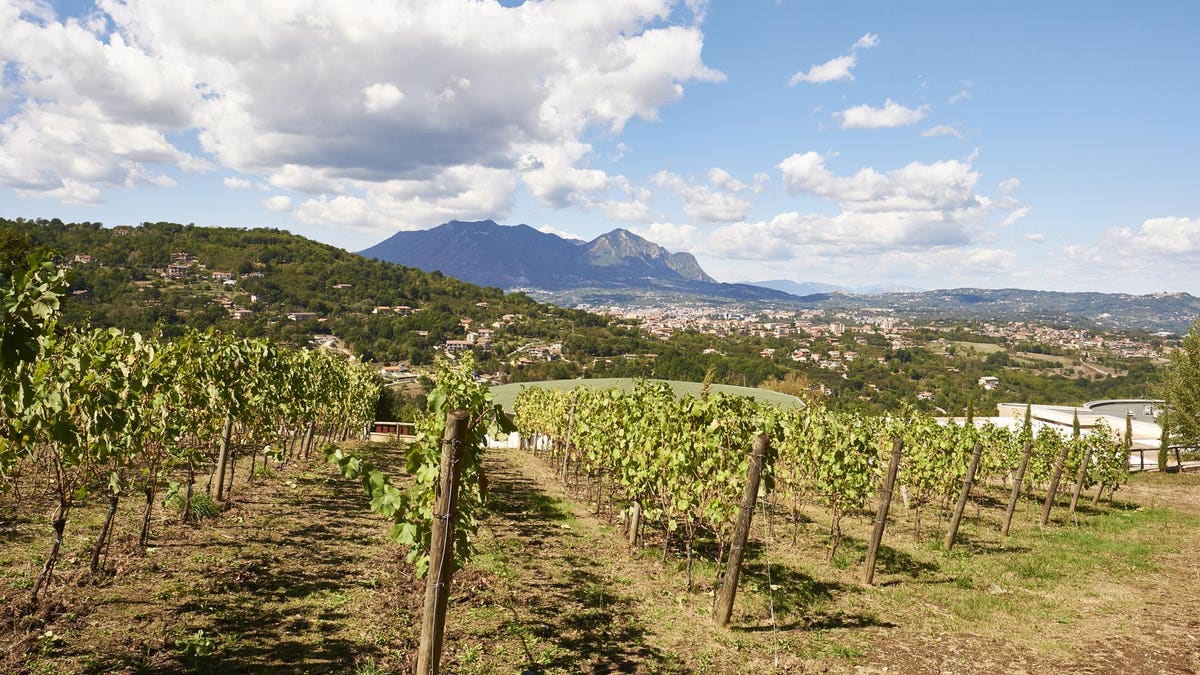 Unless you’ve been living under a rock, you know that today is the holiday formerly known as Columbus Day, in recognition of the Genoese explorer’s landing in America. With the growing intolerance of monuments and holidays that celebrate the legacies of colonists, oppressors and other bullies, there’s a solid movement afoot to rename this October holiday Indigenous Peoples’ Day.

But historically, it’s been a day for Italian-Americans to celebrate their heritage, with a nod to the Italian-born sailor. This month, I’ll toast the country (but not the man) by raising a glass to Italian wines and, in a sort of reverse commute to that of Columbus, explore a few Italian wine regions. Like America once was, some are off the beaten path. First up: Campania.

Just two hours south of Rome and about 50 kilometers due east of Naples, Campania is home of some of Italy’s most ancient grape varieties—many thought to be descended from Greece. The DOCG appellations of Fiano di Avellino, Greco di Tufo and Taurasi form a triumvirate of powerful, distinctive wines that reflect their roots.

But perhaps the beating heart of the region is Irpinia, a DOC appellation established in 2005 northeast of Avellino. Surprisingly green, its viticulture developed along two rivers originating from the Tuoro-Terminio massif of the southern Apennines range. The Tyrrhenian Sea provides a moderating climate influence. That wine production continues here is a small miracle: the town itself was twice hit by an earthquake, once in 1930 then again in 1980.

“Historically, Irpinia had the least land value because it’s inland,” said Federico Basso, who along with his cousin Brunella, operate the family-owned Villa Raiano, established 24 years ago in Irpinia. He calls it “a land without a thread.”

But over the years, the Basso family (who also own a large olive-oil production company) added value to their piece of Irpinia. The gravity-fed modern winery was built in 2009 and much of the vineyards was replanted, but in keeping with their historic context.

“All the vineyards are small, fragmented, and hidden,” Brunella says. “No matter how big we get as a company, we will always customize the wines by parcel and will always use the grapes that are born here.”

It’s estimated that between 150 to 200 indigenous varieties grow in Campania. But as in so much of Italy, much is still uncoded. In addition to the well-known DOCG grapes, other permitted varieties include the uber-local white Coda di Volpe and Falanghina (No. 2 production in the area), and the reds Aliganico (the most produced), Piedirosso and Sciascinoso, the latter two often blended with the first.

Federico says the small plots were handed down through the generations, and while difficult to harvest continuously, provide more diversity and the ability to experiment with micro-vinification and single-vineyard bottlings. The cellar’s 90 small-batch tanks, which include amphorae and concrete eggs, evidence the cousins’ vision and intentions. One of their goals is to demonstrate the diversity and ageability of their wines, especially the whites.

“Fiano can express itself differently in parcels and is terroir sensitive, and Greco retains its characters across parcels,” Federico says. The micro-vinifications will demonstrate how Fiano can be different, and help them create a strategy for the single-vineyard wines he believes can help distinguish Irpinia.

Also in the works: an aging cellar specifically for Taurasi and metodo classico sparkling wines made from Fiano. “We will be as French as possible and create a cool climate for aging,” Brunella said.

Villa Raiano produces about 300,000 bottles per year on about 72 acres, of which 68 they own. About 60% of the wine is sold in Campania. Having traveled the world like many of their contemporaries working global markets, the young Basso cousins are ambitious. They know both where they come from and where they have to go.

“Avellino could be called the city of wine, but in general we lack the mindset that Tuscany has had for 50 years,” Federico said. “We were one of the first areas to have three DOCGs but haven’t been able to communicate that.” He said the 1980 earthquake, which results in an “incoherent rebuilding” of the area hadn’t helped.

Though the renowned oenologist, Angelo Mastroberardino hails from here, Federico says “that Tuscany is more famous is our own fault. We did not know how to promote our territory and there has been no effort between all the producers.” Twenty four years ago when Raiano was established, there were only 30 wineries—some producing in bulk without the technology or winemaker to make precision wines. Now, Federico notes there are more than 250, with 85% producing fewer than 20,000 bottles.

Brunella adds, “The current situation is changing a lot and I think it will be a totally different market with more smaller producers learning how to promote their territory.”

Her cousin agrees. “Irpinia is the future because of the ability to experiment and the wines’ ability to withstand aging.”