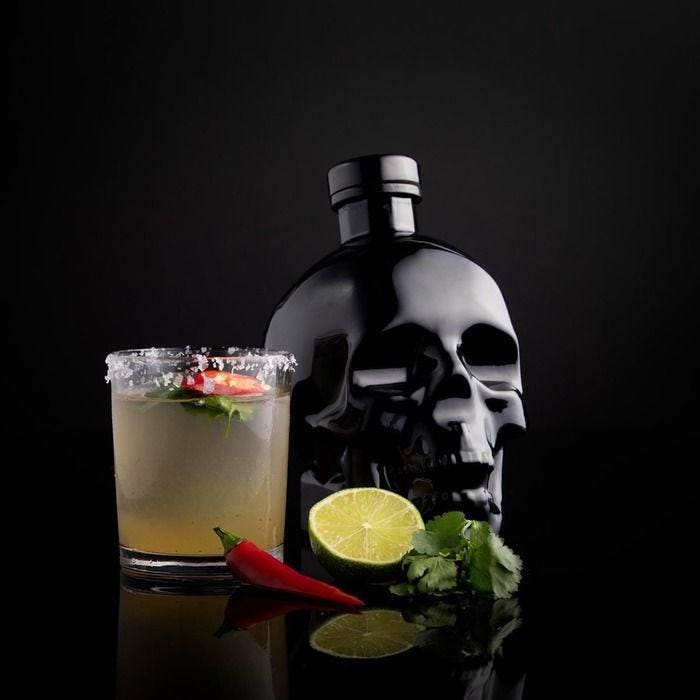 Today’s Virtual Schooling is brought to you by the Letter V, for vodka. No, not really, but it IS National Vodka Day. If you happen to be a teacher instructing virtual school or a parent supervising such educational options, then it’s fitting to make yourself a lovely cocktail or pour yourself a fine vodka over the rocks today. And even if you’re neither a teacher, nor a parent, you should still celebrate the holiday.

To help celebrate such an officious occasion, here are six vodkas to try:

Dan Aykroyd’s famed and award-winning Crystal Head Vodka now has a third expression: Onyx, which is one of the first commercially available agave-based vodkas, which is housed in a glossy black, skull-shaped bottle. “Creativity is at the heart of everything we do,” says Aykroyd. “We love to push boundaries and strive to introduce consumers to cutting edge products that create excitement and expand the category.”

Onyx expands the category as it’s distilled from agave. It is an addition to the Crystal Head family, joining Original, produced from Canadian corn, and Aurora, crafted from English wheat. “It is the same blue weber agave that is used in some of the finest tequilas,” Aykroyd says. “It bridges the gap between vodka and tequila and takes the best from both types of products. Onyx offers a modern take or riff on both traditional tequila cocktails and classic vodka cocktails.”

Aykroyd notes that Onyx has notes of citrus, green grass, spice and pepper. “Onyx is meant for any and all preferences – straight up, on the rocks or simply chilled,” he says. “It’s also beautiful in a cocktail. I personally prefer my vodka chilled.”

AMASS Botanic Vodka is inspired by Copenhagen’s long summer evenings and longer winter nights, says Morgan McLachlan, master distiller. McLachlan sought to develop a vodka that captured the brightness and smoothness of Nordic spirits, but she only wanted to use natural ingredients, and she didn’t want to add glycerine or add the flavors to the vodka after the distilling process.

Her solution? Marigold – the flower softened the mouthfeel, eliminating the need for glycerine. “Using botanicals imbues the spirit with a floral lightness and softens the mouthfeel of the liquid without the addition of glycerine,” she says, adding that this was very important to her.

McLachlane also distilled the vodka the way aquavit is created, and she distilled the botanicals – marigold, chamomile and lemon – in a basket directly with the spirit. “I really wanted to build a bright, smooth vodka that put botanicals at the heart of the spirit instead of altering or flavoring the liquid after distilling,” McLachlan says.

The vodka, made in Copenhagen, is distilled from wheat. “In true Danish fashion, our vodka has a minimal, natural ingredient list – just marigold, chamomile and lemon,” she says. The result is a vodka that has notes of citrus and warm lemon drop candy that turns to hay and sweet tea before fading to frost and cold iron.

Vegas Baby Vodka is the joint creation of owners Jennifer Higgins and Megan Wilkes. The two martini aficionados wanted to develop a smooth, delicious vodka that could hold its own against popular ultra-premium vodkas. “We also believed that for a vodka to capture the essence of Las Vegas it would have to be nothing short of amazing,” says Wilkes.

The idea came after Higgins visited her daughter at the University of Texas in Austin. “I was inspired by Austin’s dedication to buying local and their sense of pride in their local businesses,” Higgins says. “I wanted to bring that sense of community home, to create a women-owned spirits brand in the entertainment capital of the world.”

Higgins teamed up with Wilkes, and they worked together to develop the concept and the product. Together, they launched their vodka, which is now sold in more than 150 locations throughout Las Vegas, including MGM Resorts International and Station Casinos properties, as well as The Cosmopolitan of Las Vegas. “Las Vegas is known as a ‘boys’ town,’ where men still predominantly fill most senior executive positions in the gaming and hospitality industries,” Wilkes says.

“The same applies to the liquor industry, where minority owners make up a small percentage of owners and senior executives,” Higgins adds.

The two say they believe strongly that there is a need for female presences and perspective, and they recently obtained a Women’s Business Enterprise National Council and Airport Concessions Disadvantaged Business Enterprise certifications earlier this year.

Chase Vodka is the only English vodka to be made entirely from estate grown potatoes. Produced on the Herefordshire family farm, this super-premium vodka is made entirely on one estate, making it a vodka with provenance, says James Chase, director of Chase Distillery and global brand ambassador.  The vodka boasts a very clean taste with a touch of creaminess and notes of pepper and nuts.

It takes 250 potatoes to make one bottle of vodka, he says. “We make our spirits entirely from scratch,” he says. His family grows both potatoes and apples, which are then distilled into a range of spirits.

“Craft brands have to offer a great story that is, of course, genuine,” Chase says. “There are certain elements that I think make Chase unique, albeit, the field to bottle ethos, our family heritage, the taste, or being eccentric British.”

Carbonadi Vodka is an ultra-premium vodka made in Italy, as its distillery is nestled at the foot of the Italian Alps and tucked between Switzerland and France. This vodka is distilled from

Piedmont-grown wheat, which is sets the quality base for this smooth vodka.

Carbonadi was created by Ricky Miller III, who began with the idea for the vodka in 2013, and he launched it in 2016. “The influence for founding Carbonadi was my burning desire to elevate the vodka category by creating a globally respected luxury brand,” Miller says. “My choice in Italy was rooted in my love for the country – for its amazing people, its beautiful land and its incredible food.”

Miller describes his five-time distillation through carbonados to extract impurities as “a refined purification process unlike any other.” A Black entrepreneur, Miller has often spoken out about how difficulties are a key ingredient to success, and he would know: in 2016, while launching Carbonadi, he was diagnosed with Stage 3 small bowel cancer. After enduring nine months of chemotherapy and two major surgeries, he beat cancer in 2017, and Carbonadi is now featured at several luxury hotels and resorts, including: Four Seasons Hotels, Rosewood Hotels and Montage Resorts.

Broken Shed Vodka is a New Zealand based vodka that uses locally sourced ingredients and believes in practicing sustainability. The vodka company uses two proprietary blends of two waters located in a geothermal system in the northern region of New Zealand and combines it with a natural filtration source in the southern region. Ten different water sources – from across New Zealand – were tested before the founders of the company decided on the final two blends.

Grass-fed whey protein is distilled to make Broken Shed, and it has no added sugars, sweeteners or additives. “When distilling a beautiful, unique and high-quality vodka, if you start out with quality ingredients, you do not have to distill the character out of them,” says Steve Bellini, president of Broken Shed Vodka. “Instead, you can highlight and retain nuances of the base ingredients. In the vodka industry, a unique-tasting vodka comes from maintaining flavor notes form the original starch sources used, by ensuring a controlled fermentation and distillation process.”

It’s a very versatile vodka, Bellini says, and its natural ingredients shine through in cocktails. “Broken Shed’s filtration process, designed around the product, is more to remove any remaining impurities and to help in shaping that final taste, meeting our high-quality standards,” Bellini says.