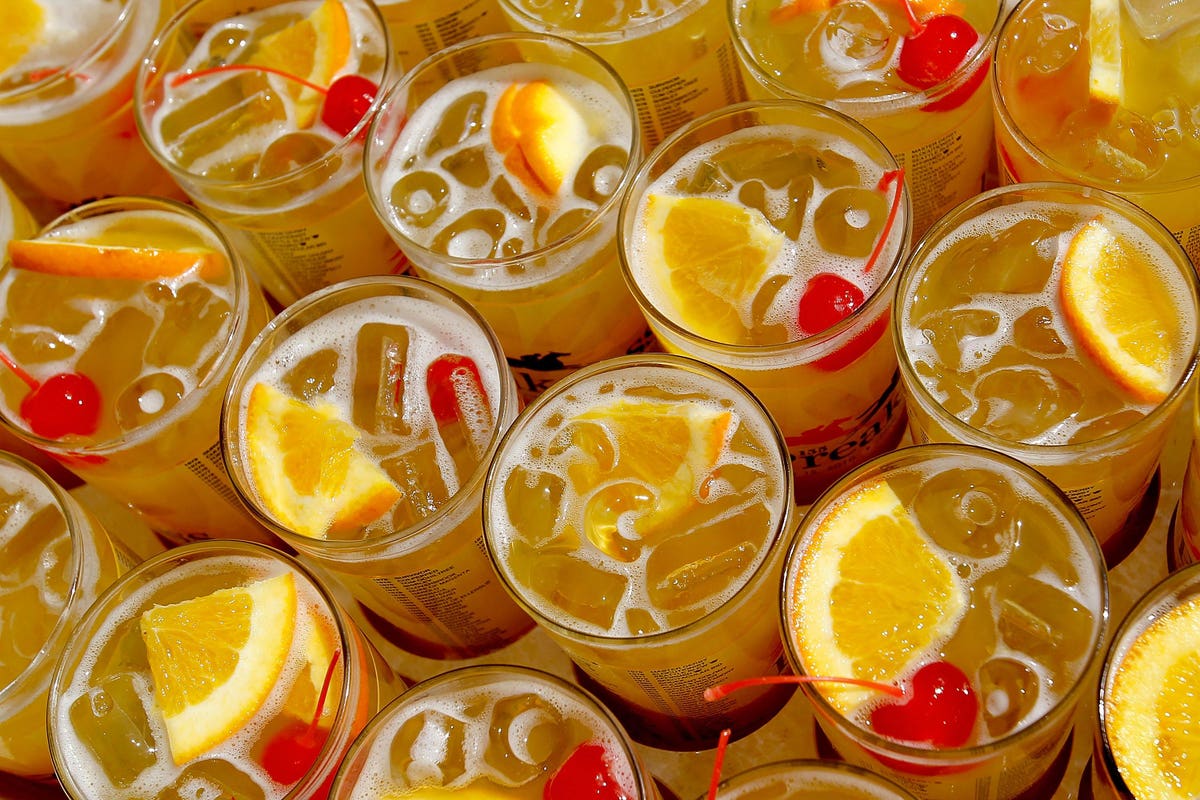 Just about everyone knows the mint julep is what you drink to watch the Kentucky Derby, but on Saturday, the drink to have in your hand while you watch the Preakness Stakes is the Black Eyed Susan.

While the mint julep has been around for centuries – it officially became the drink of the Kentucky Derby in 1938 – the Black Eyed Susan boasts a decidedly more modern history, says Tiffany Steer, vice president of communications for the Stronach Group , which owns the Preakness Stakes.

“The Black Eyed Susan was first developed in 1973,” Steer says. “Harry Stevens, of Harry Stevens and Company, was a longtime caterer at Pimlico, and he and his staff decided to give the Preakness a signature cocktail. They set out on a mission to develop a cocktail that mimicked the coloring of the Maryland state flower.”

To get the right shade of yellow-orange, orange juice and sour mix are combined with bourbon, vodka and peach schnapps. The official recipe for the Black Eyed Susan served at the Preakness Stakes is: 1 part (or 1 oz.) Makers Mark bourbon, 1 part (1 oz.) DeKuyper Peachtree schnapps, 1 part (1 oz.) Effen vodka, 2 parts (2 oz.) fresh orange juice, and 2 parts (2 oz.) sour mix (equal parts lemon juice and simple syrup), shaken over ice until chilled, then strained into a glass filled with crushed ice and topped with a garnish of an orange slice and a cherry. With three ounces of booze, this sweet cocktail packs a bit of a punch.

“We recommend serving it in a Preakness commemorative glass or a highball glass,” Steer says. “I’ve seen bartenders make it with tequila instead of bourbon, and I’ve seen people ask for less orange juice or to be topped with soda. Much like the Preakness itself, it’s not fussy,” she says.

This year marks the 145th Preakness Stakes, and last year, at the 144th, 140,000 Black Eyed Susan cocktails were served at the event. “It’s become synonymous with the event,” she says. “People get their cocktail and then take a selfie with it.”

There were more than 130,000 people who attended the race last year, but this year, due to COVID-19, there will be less than 250 people – and that includes just the horses, the owners and the trainers, as well as the essential race personnel and a skeleton crew from NBC, which will be broadcasting the event live on Saturday from 4:30 p.m. to 6 p.m. EST. “This year, I don’t think 140,000 cocktails will be consumed,” Steer says. “At least, I hope not.”

Steer recommends enjoying a Black Eyed Susan while enjoying the race and the entertainment, but also to sip the cocktail while taking in the jockey cam, which will be shared on social media on the Preakness Stakes Facebook and Instagram accounts. “It’s an easy drink that you can mix from home, and you don’t have to be a master mixologist to make it,” she says.