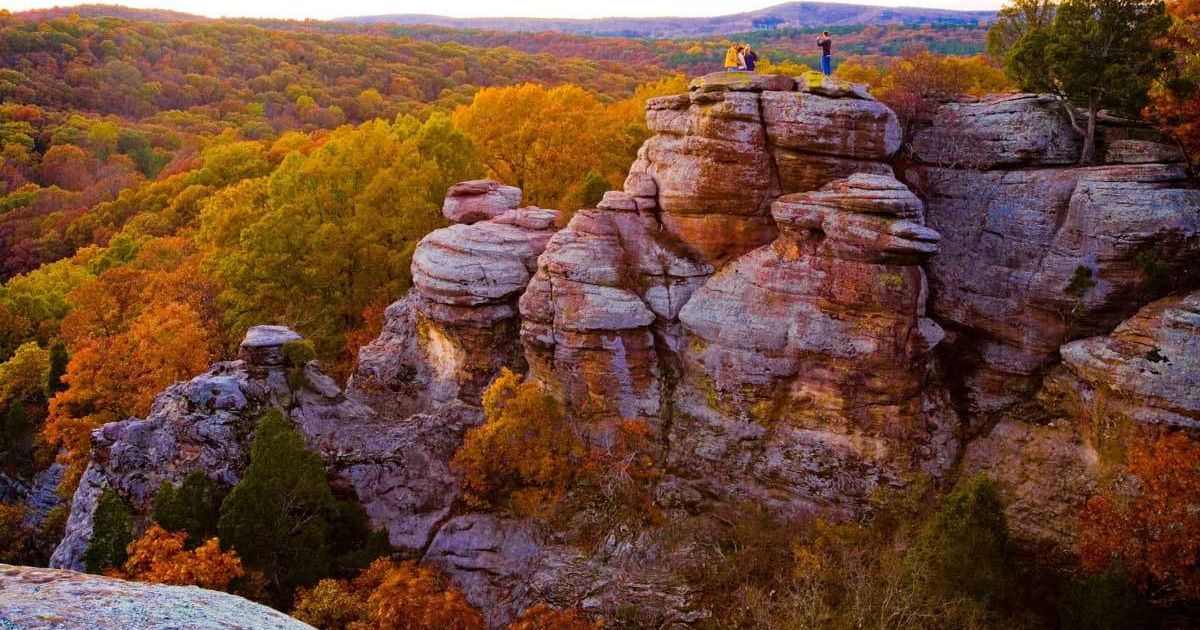 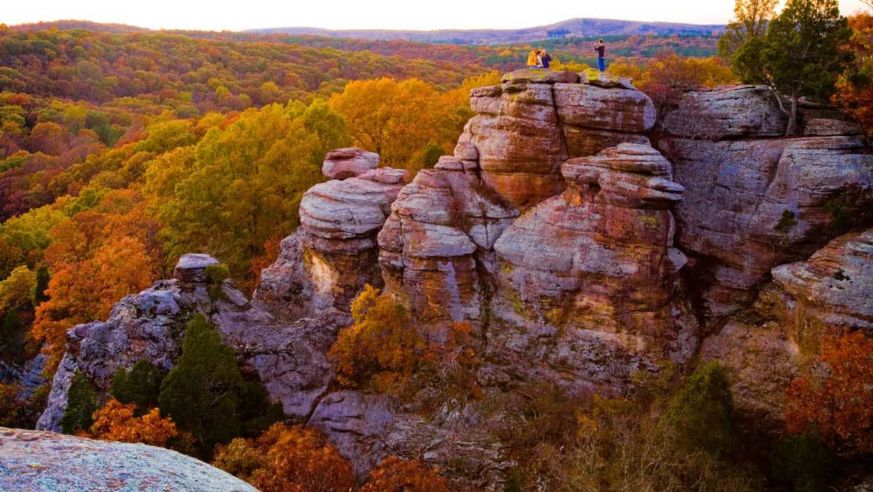 October is one of the best months for fall foliage around the country. Here is our roundup of the best places to view the colors in the Mid-west.

In Northeast Kansas, the Glacial Hills Scenic Byways runs through a distinct landscape named for the rolling hills and the rock-strewn valleys. Its name reflects the receding ice, which left highly fertile farmland.

In Southern Illinois, the Shawnee National Forest is a hiker’s paradise, seated between the Ohio and Mississippi Rivers and with paths meandering through canyons under forest canopies. Its crown jewel, Garden of the Gods, overlooks views of towering sandstone outcroppings formed millions of years ago. In the central part of the state, the Grandview Drive is considered to be one of Illinois’ most scenic routes.

An hour from Indianapolis, Brown County State Park resembles the Great Smoky Mountains but Indiana’s largest park is fall color hot spot, with nearly 20 miles of tree-lined roads and many scenic vistas overlooking miles of uninterrupted forestland. The 2,300-acre O’Bannon Woods State Park is surrounded by beauty located within the foothills of Southern Indiana and bordering the Ohio and Blue rivers.

Yellow River State Forest in Harpers Ferry makes for a good fall jaunt. Its Backpack Trail was named Iowa’s best hiking trail by Outdoor magazine in 1996, while Paint Creek Unit is quite the recreational hiking loop. Or catch some fall color via kayaking or canoeing on The Upper Iowa River in Northeast Iowa that can be accessed at Kendallville, Bluffton and Decorah.

The Talimena National Scenic Byway is a 50-mile drive partly through southeastern Oklahoma and touches upon Winding Stair Mountain in the Ouachita National Forest. Also in this region, Beavers Bend State Park is adorned with forests of pine and hardwood plus rugged terrain and waterways for seeing on foot.

Custer State Park is not only known for its free-roaming resident bison — it also produces vibrant fall foliage at every turn. The Needles Highway has views of the Cathedral Spires, among birch, aspen and ponderosa pines while the Wildlife Loop leads towards Mt. Coolidge, where burr oak tree leaves burst in orange. On the northern edge of the Black Hills, Spearfish Canyon offers waterfall views from a spruce, pine, aspen, birch and oak tree forest.