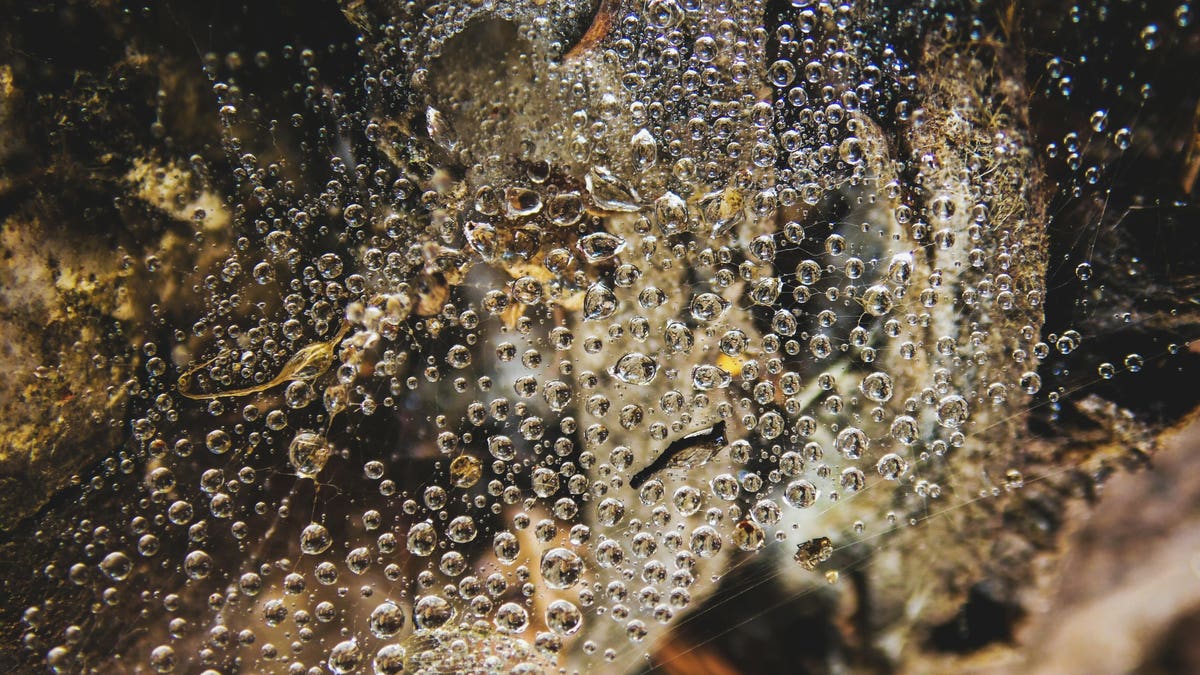 Oltrepò Pavese is one of the most traditional wine zones in Italy which just happens to be located only a little over an hour outside of Milan – one of the most modern Italian cities, and this surprisingly unknown area in the northern Italian region of Lombardy has seemingly had viticulture existing there for at least 3,000 years. Although there are many native Italian grapes varieties in this area, it has become the Pinot Noir capital of Italy as it has devoted almost 10,000 acres to this noble variety which has existed there at least since the mid 1800s. In 1982, an important Italian family by the name of Moratti, led by patriarch Gian Marco Moratti who owned the largest oil refinery in Italy, bought the Castello di Cigognola estate in Oltrepò Pavese, built around the 11th century, to bring it back to its glory and carve out a place for Oltrepò Pavese as an Italian quality wine region. Although it is already a fascinating idea considering the aforementioned aspects of this project, what makes this enterprise special is that it is aiming to be the greatest Italian sparkling wine by building a foundation on social equality.

Gian Marco and his wife Letizia, a famous politician and business woman in her own right, initially bought Castello di Cigognola as it had been in Letizia’s family since the 17th century. Once Gian Marco found documents indicating that wine had been made there as far back as the 14th century, he decided to start making wine with a focus on traditional method sparkling wines, such as the process used in Champagne (called metodo classico in Italy) as the area has a strong connection to high quality Pinot Noir based sparkling wine. Unfortunately, Gian Marco passed away a couple years ago and so his son, Gabriele Moratti, has taken over running Castello di Cigognola with bringing on Gian Matteo Baldi as CEO to lead a new vision on how a winery should work.

Castello di Cigognola makes a small selection of still wines but their Pinot Noir sparkling wines are at the heart of what they are trying to accomplish with this winery; the sparkling wines are under a different label called Moratti as they truly represent the core philosophy of Gabriele. The metodo classico sparkling wines made mainly from Pinot Noir are given the highest quality classification DOCG in Oltrepò Pavese and it is the second DOCG for traditional sparkling wine in the region of Lombardy with Franciacorta receiving the status 12 years before Oltrepò Pavese because of their fierce lobbying from the well-organized Franciacorta wine association.

But according to Castello di Cigognola’s CEO, Gian Matteo, the classic style of metodo classico in Oltrepò Pavese has started to gain popularity with using mostly, if not 100%, Pinot Noir and making drier styles by adding either a miniscule amount, or zero, residual sugar in the dosage1 – in Oltrepò Pavese they call it “Pas Dosé” with Champagne calling it Brut Nature (below 3 grams of sugar per liter). Gian Matteo said that he sees the wines of Franciacorta producing more wines that are Pinot Noir based as well as being drier in style as the Italian wine guide Gambero Rosso seems to be awarding more traditional sparkling wines in the “Pas Dosé” style with Castello di Cigognola’s Moratti “Pas Dosé” (zero sugar) winning a Tre Bicchieri award themselves.

But besides Oltrepò Pavese being ideal for sparkling wines made from Pinot Noir, the vineyards are planted on steep slopes and hills that enjoy extreme temperature swings for balance of ripeness and acidity, the wine style of sparkling lends itself to their plans to encourage innovation. “Out of all of the wines, the sparkling is the most ideal for innovation,” expressed Gian Matteo as he used a white still wine as an example of a wine that is like a “sculpture” as it is already created once the wine is made with the wine producer only having to “smooth out the angles” but a sparkling wine is made up of various “colors and shades” as blending of the base wines are a key component of traditional sparkling winemaking.

The Castello di Cigognola sparkling wines have already reached an elevated quality with their former consultant Riccardo Cotarella, who is already quite famous for working with top producers in Italy, helping to bring the wines to a high standard. Yet with Riccardo’s exit, as he is now working with the Tuscan estate Il Palagio – Sting and Trudie Styler’s property, there is an opportunity for the owner, Gabriele Moratti, to restart the winery with a philosophy based on social equality.

Gabriele has already put into motion an idea of creating more social equality with his fashion company Redemption. It is a fashion company that is based in Europe and the United States which donates 50% of its profits to charity and back in April it was donating 100% to Covid-19 relief efforts. It is not only a company that tries to work in a sustainable way with buying materials sustainably made but to be part of taking care of one’s workforce and not be part of the exploitative practices that have been common in some of the top fashion companies. He notes that his way of running this business is not politically motivated but it is pragmatic as he feels if established companies give a little bit back and reinvest in education and the welfare of others that they will be able to have a bigger customer base, if not, then that base will continually start to shrink.

This idea of being a truly sustainable company is a big part of Castello di Cigognola when the company was basically restarted by Gabriele a couple of years ago with taking on the issue of social and economic disparity that is prevalent in Europe and the U.S.. It is not only about using fewer chemicals in the vineyards to protect the environment but paying people a fair wage as well as empowering them with education that will help build their sense of value and open opportunities to them down the line. And so the winery has become a school of sorts that gives everyone a voice and it brings people with various backgrounds together to try to make one of the best sparkling wines out there.

At Castello di Cigognola there is anywhere from four to five consultants, now with a couple having a few decades of experience and being quite famous such as Beppe Caviola from Piedmont and Federico Staderini, known for his work of finding the best Pinot Noir vineyards in Tuscany, but younger consultants pushing the boundaries are also an equally important part of the team.

Nicolas Secondé, who is a third generation winemaker from Champagne – specifically Ambonnay where some of the best Pinot Noir vineyards are located, has come to teach classes and run experiments on a new way of pressing Pinot Noir. Not only has Nicolas worked with his small family winery in Ambonnay but he worked at Krug with the task of pressing some of their Pinot Noir grapes and so he is an expert at refining this technique. Another young consultant, Francesca Elli, has brought her deep passion for spontaneous fermentation to Castello di Cigognola with experiments and classes that ultimately try to find the best way of working with native yeasts.

All of these consultants work with each other finding ways to have each stage of winemaking enhance the other stages. It becomes a school where the curriculum is not set but through different generations, experiences and mindsets they find a new way while also empowering all the workers to be part of the process of learning.

The CEO of Castello di Cigognola, Gian Matteo Baldi, stated that they “do not follow protocols” as they first observe… then they understand… and then they take action. “So anything we do from the vineyards to bottling follows this kind of process,” said Gian Matteo.

And in the vineyards under the guidance of agronomist Giovanni Bigot they are employing an exciting technology to empower their people with knowledge. There is a mixture of people who work in the vineyards at Castello di Cigognola as some are young, passionate people from university who are pursing a job in the wine industry and others who have very little education in wine who have come to the countryside to make more income. Giovanni Bigot has developed an app called 4Grapes that can be used by vineyard workers on their phones that collects data and helps them to make better decisions in the vineyards. Not only have they been able to reduce spraying anywhere from 50% to 90% depending on the plot but it has given their workers a better sense of purpose.

“Pruning a vine is not only an act of labor but it is an act of intelligence, it is artistic, it is artisanal and it has a real impact on the plant and the final result of the quality itself,” Gian Matteo passionately exclaimed. They have been working with this app since the beginning of 2019 and they already see the jump in quality after recently tasting some of the 2020 base wines. And Gian Matteo made a point that it was not him or anyone at the top who made that significant jump in quality it was the people in the vineyards being mindful of their actions as well as the teamwork mentality in the cellars.

In terms of the importance of super-premium (above $20) Italian sparkling wine in the U.S., it is certainly a category that is growing with an increase in volume by 11.3% and in value by 11.1% according to the IWSR. Furthermore the recent Covid-19 Impact Report from Wine Intelligence shows that across various segments of consumers, the idea of treating oneself to better quality wine has become a future priority since the coronavirus. And so it does seem perfectly logical to place significant resources into making great Italian sparkling wines as they do have a future but striving to make the “greatest” may seem a little egotistical.

But since Castello di Cigognola is laying the groundwork to become an example of having an ethically minded company aligned with the ability to make high quality wine by empowering all of their workers with the thought that each one is a part of making the greatest sparkling wine, in that respect, it doesn’t seem like an egotistical statement. Their mission to show the world that greatness is not based on one superstar but a team of people from all walks of life will show the world a different way of how success looks.

The time has come for the world to go beyond just imaging a more equitable place and to finally have the people who have the means and resources to make it happen.

2013 Castello di Cigognola, Moratti, “Cuvée Dell’Angelo”, Oltrepò Pavese Metodo Classico DOCG, Lombardy, Italy: 100% Pinot Noir (Pinot Nero). Over six years of lees aging with less than 1 gram per liter of residual sugar and it was disgorged in May of 2020. This sparkling wine is a tribute to Gabriele Moratti’s grandfather Angelo Moratti. Complex nose of brioche and spiced toast that had fine bubbles that created a creamy texture with a long, rich finish of candied oranges and roasted almonds.