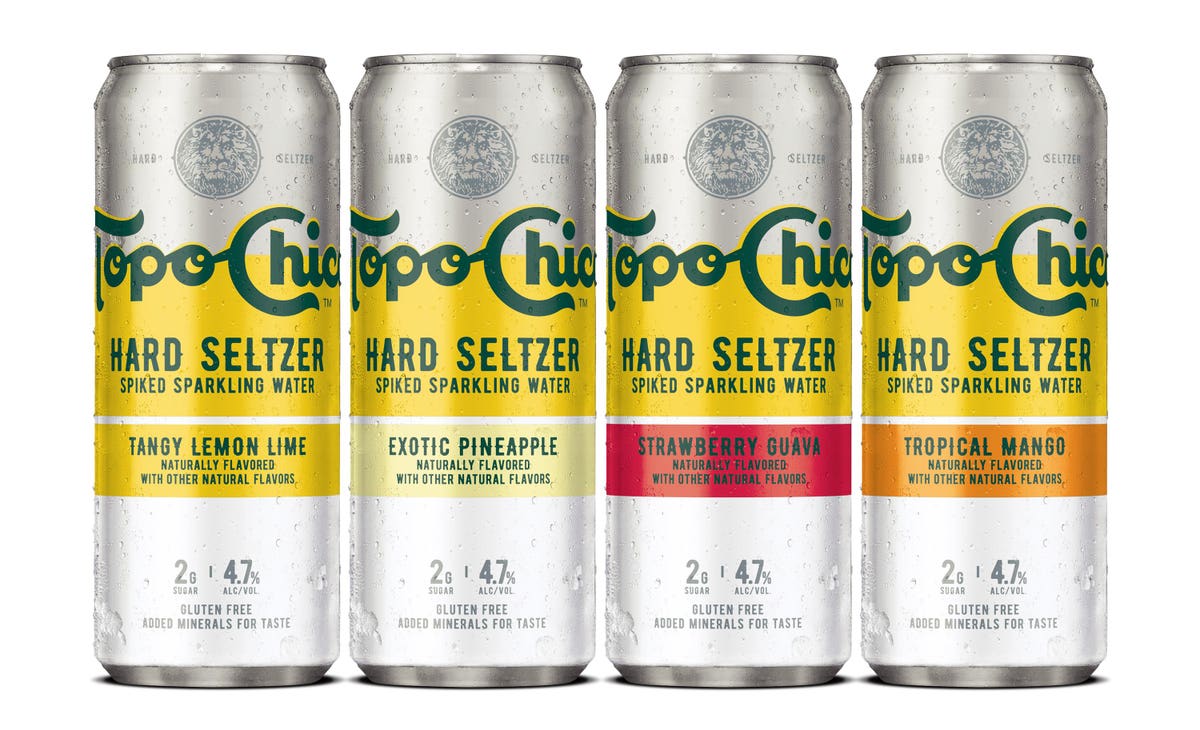 In July, when Coca-Cola
teased plans to launch a spiked version of its popular Topo Chico sparkling mineral water in the U.S., the big question was how the company would bring it to market.

Now, we have the answer.

The soda giant has signed an exclusive agreement with Molson Coors
to “manufacture, market and distribute” Topo Chico Hard Seltzer in the U.S. beginning in early 2021.

According to a news release, Molson Coors will bring its “marketing, sales and distribution expertise” to the table for a scaled national launch, and initial production runs will be outsourced to a third-party manufacturer to minimize supply chain disruptions.

According to a Molson Coors spokesman, the beer company will eventually move production to one of its facilities.

The boozy version of Topo Chico will initially come in four flavors — Tangy Lemon Lime, Exotic Pineapple, Strawberry Guava and Tropical Mango. And, like nearly every other hard seltzer on the market, it will be packaged in slim cans and sold in a variety 12-packs.

An image of the new product indicates that it will be gluten-free, check in at 4.7% ABV and contain just two grams of sugar.

In an email, a Coca-Cola representative said that “Topo Chico Hard Seltzer will not be carried on Coca-Cola trucks.”

On the surface, the partnership between the two companies appears to be a mutually beneficial one. It solves significant production and distribution challenges for Coca-Cola, while giving Molson Coors yet another new weapon in its growing arsenal of brands.

“This is another significant step in growing our above premium portfolio and becoming a major competitor in the rapidly-growing hard seltzer segment, both key components of our revitalization plan,” Molson Coors CEO Gavin Hattersley said via the release.

Molson Coors already competes in the hard seltzer segment, most notably with its antioxidant-infused offering called Vizzy and the recently introduced Coors Seltzer.

However, the company trails category leaders Mark Anthony Brands (White Claw) and Boston Beer Company
(Truly) — which together own nearly 75% of the hard seltzer market — by a wide margin.

Meanwhile, Anheuser-Busch InBev, which makes a variety of hard seltzer offerings, including Bud Light Seltzer, controls about 13% of the category, according to Credit Suisse
analyst Kaumil Gajrawala.

Nevertheless, both Molson Coors and Coca-Cola believe that Topo Chico Hard Seltzer can chip away at those brands’ dominating positions, and capture a portion of an off-premise market that is currently valued at $3.5 billion, according to industry trade publication Brewbound.

“I think this is going to be a great opportunity for us,” he said, noting that the company’s goal is to drive consumer-centric brands at scale.

Indeed, Coca-Cola vice president Dan White echoed those sentiments in today’s announcement, saying that the relationship with Molson Coors “allows Topo Chico Hard Seltzer to launch with scale, at an accelerated pace, delivering a product that consumers will love.”

“In bringing Topo Chico Hard Seltzer to market, our focus is speed, quality and efficiency,” he said.

“The Coca-Cola Company has authorized Molson Coors to use the Topo Chico trademark to produce and distribute Topo Chico Hard Seltzer in the U.S. under a multiyear agreement,” a Molson Coors spokesman wrote in an email.

Nevertheless, it shows Molson Coors’ willingness to get creative when it comes to finding new growth opportunities.

Earlier this month, the beer maker announced a similar partnership with the oldest brewery in America, D.G. Yuengling & Son. Under that arrangement, a 50/50 joint venture, Molson Coors will produce Yuengling’s beers and distribute them to 25 U.S. states.

At the same time, Molson Coors has begun making inroads into the nonalcoholic beverage segment. It recently unveiled a line of probiotic seltzers called “Huzzah!” as well as a line of plant-based diet sodas called MadVine. It is also planning to introduce a nootropic beverage aimed at improving mental focus and clarity and marketed to gamers and developers.

Molson Coors’ nonalcoholic brands were created in partnership with L.A. Libations, a west coast incubator that specializes in emerging beverages. Molson Coors acquired a minority stake in L.A. Libations at the end of last year.

Taken together, Molson Coors’ moves over the last year underscore its effort to grow sales “during a time of tremendous change in the beverage industry,” Hattersley told his company’s “Beer & Beyond” blog.