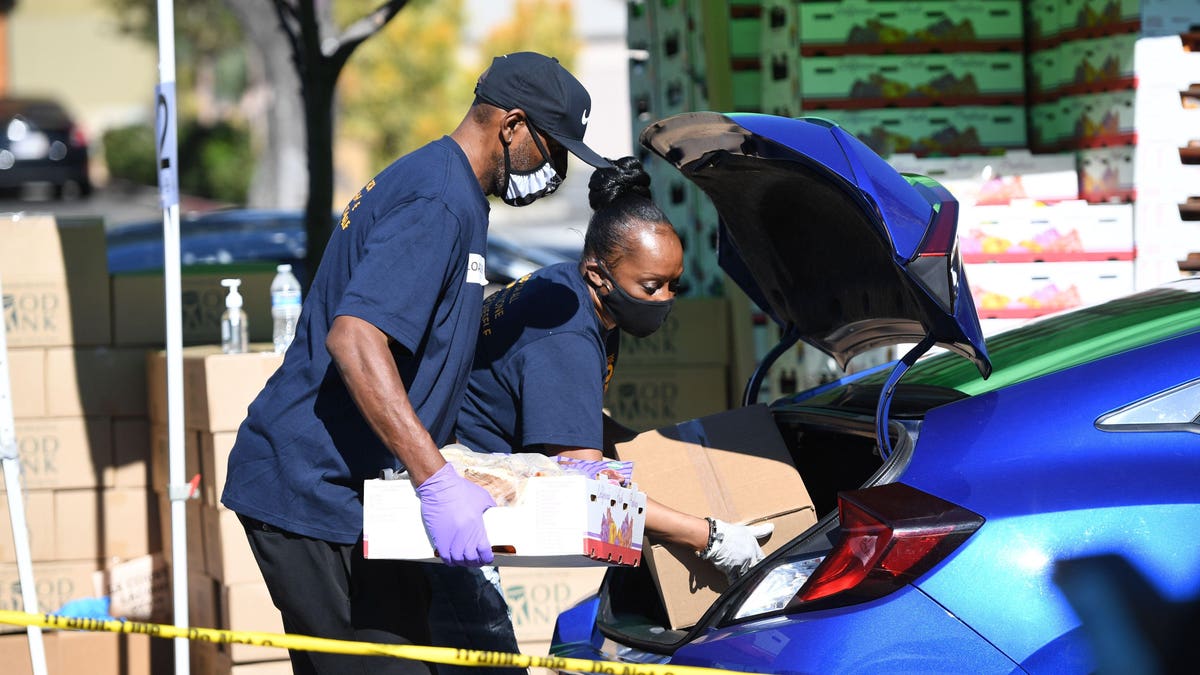 More than six months into the COVID-19 pandemic, we are starting to accept the impact that the deadly virus has on every aspect of our lives. Despite conflicting messages from our government, it appears that the virus’ end is not near and a second wave is beginning to form in several states. The economic blows dealt by COVID-19 have clearly impacted people’s ability to put food on the table, and it appears the worst is yet to come.

Nationally, we have more than 13.6 million (8.6%) unemployed as of August and government stimulus programs have run out. Local food banks and charity kitchens are overwhelmed as people struggle to feed their families. Food insecurity, described as “the disruption of food intake or eating patterns due to lack of money and other resources” has been an unspoken public challenge for years, but the awful reach of COVID-19 is now bringing the matter firmly into the country’s consciousness.

In 2018, prior to the current health crisis, Feeding America reported that more than 37 million folks, including 11 million children were struggling with hunger. The organization’s recent forecast indicates that the increases will continue as the unemployment rate goes up and poverty follows the displaced work force.

Three different scenarios were created to map possible food insecurity growth that comes with increased levels of unemployment. Results span from a low of 3.3 million impacted to as many as 17.1 million people struggling with food insecurity. The reality of this forecast is quite realistic given at the beginning of the COVID-19 shutdown the employment rate in April spiked to more than 23.1 million (14.7%).

The “Need To Feed” will only grow as many corporations are signaling in their 2021 forecasts that it’s unlikely they will be hiring back to their pre-COVID-19 staffing levels. The on-going food insecurity crisis will require more than just a paltry government stimulus package. And the modest assistance provided by non-profits like Feeding America, No Kid Hungry, and Kids Against Hunger, and the network of local food banks will not enough to pick up the slack.

Several socially responsible corporations have stepped up to assist in getting food to the most desperate. Many food start-ups and entrepreneurial brands in the specialty food business have been incorporating giving and support for hunger relief efforts into their company values and brand identity. Beyond the food industry donating more than 72 billion of pounds of food annually to various food charities, other companies outside the food sector are also engaging in the fight against hunger and food insecurity. It’s only through strengthening these efforts and partnerships that food needs may be met for millions of unemployed and income-insecure families.

Wells Fargo Bank
, partnering with Feeding America, has developed a cooperative distribution system that uses their drive-up locations to redistribute more than 50 million meals to families in need. At the same time the bank has indicated it will donate the $400 million it received from the Paycheck Protection Program to local nonprofits that battle hunger.  Retailer Macy’s
, leveraging their customer base, raised $43 million in donations in 2019. Their employees put in more than 114,000 volunteer hours of service, contributing to efforts to reduce hunger. These are only two examples of the work that is done across Fortune 500 companies.

Now, newly established, small, local non-profits are also joining the battle against food insecurity. For instance, the Up2Us Foundation located in Montgomery County, Maryland has taken a creative approach in getting families in need dependable access to nutritious food. The organization is involved in that critical last mile in the supply-chain by having their volunteers go directly to the homes of those in need. They’re mirroring the approach of the nationally acclaimed Meals-On-Wheels program.

What makes Up2Us Foundation unique is that the food comes from partnerships they have established with local food distributors, those that have received funds from the USDA Coronavirus Food Assistance Program (CFAP).

The USDA purchases $3 billion in three categories – fresh produce, dairy, and meat – from approved food distributors and wholesalers that is then provided to food banks, community and faith-based organizations, and other non-profits. The products are assembled in pre-packed boxes. At a rate of $100 million per month across the three product categories, non-profit groups partner with the food distribution system and reach local families, something that would be hard for the food distributors to do alone. The collective and extensive collaboration of this work demonstrates how we can overcome the challenges posed by food insecurity.

As the COVID-19 virus rages on, encouraging and supporting the entrepreneurial spirit needed to create new operating models and partnerships will allow us to solve problems like food insecurity in brand new ways. Find your place in this new world and volunteer to feed others.