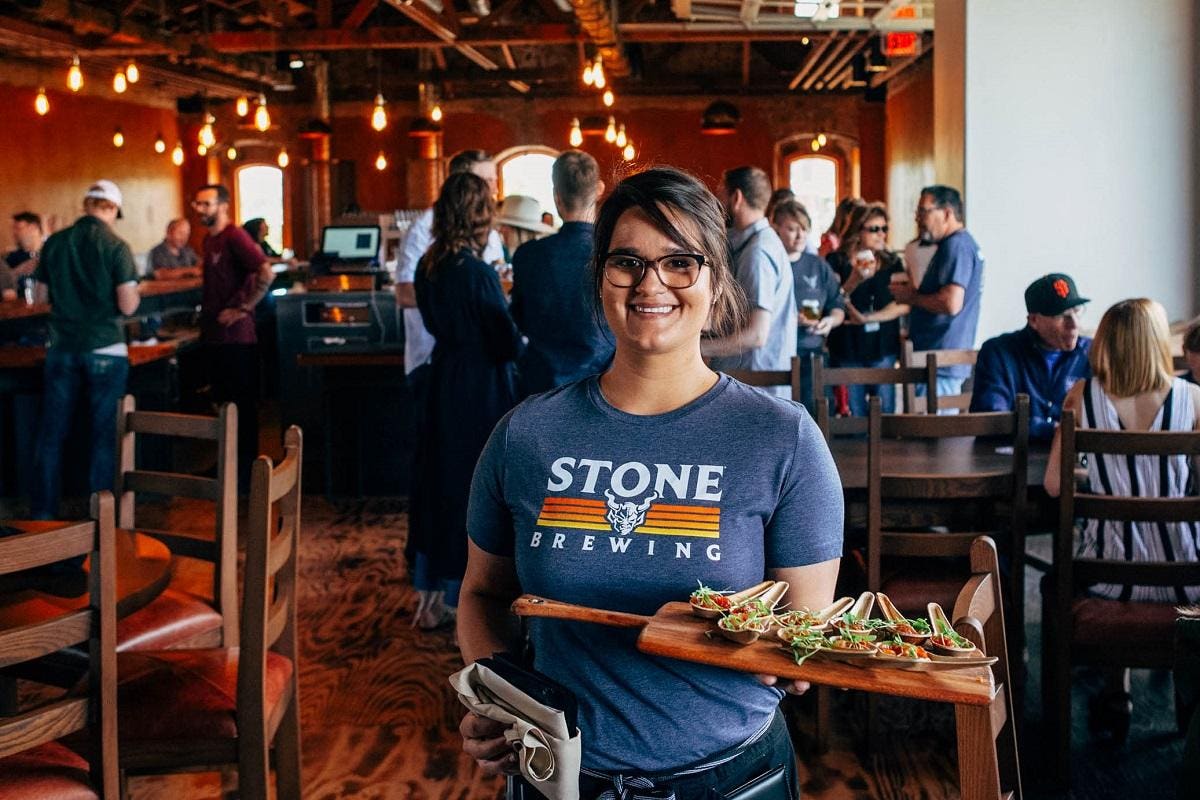 Six female employees at Southern California’s high-profile Stone Brewing have launched what may be the first women’s mentoring and leadership group at an American craft brewery. The voluntary group, which does not exclude men, seeks to intermingle managers and all levels of employees for networking, discussions on moving up in the company, and highlighting one another’s accomplishments.

“Every day I see the incredible accomplishments of women at Stone. I look forward to amplifying our successes and doing everything this company can to make this a wonderful place to thrive as a female in the brewing industry,” says Vickie Motte, vice president or human relations and a co-founder of the group.

The Women of Stone Network arose out of requests from women who’d been asking for more resources to better equip them to thrive in a company and industry whose numbers tilt heavily in favor of men. Half a dozen women from various departments conceptualized the group and, after a few months of sketching its outline, kicked it off after the protests for racial justice highlighted how complacent companies have generally become in fostering an actively welcoming environment for those whose numbers place them in the minority of a workforce.

“I think it’s easy to go to work, tackle the day’s to-dos, then switch gears and head home to dinner, family or friends and rarely stop to question if we helped foster a fair, safe and welcome environment for our colleagues that day. Or question whether or not we’re representing the breadth of diversity in our fans when we capture our newest photography, for example,” explains Lizzie Yonkin, network co-founder and Stone’s director of communications and public relations. “We fall into routines and the days are short. We may be doing phenomenal work alongside a diverse group of people, but that doesn’t mean we’re challenging ourselves to make each day better.”

This month, Stone hired Maria Stipp as its first female CEO. She says she looks forward to being a “happy participant” in the network of broadly like-minded female members of the Stone community.

“We absolutely deal with pressures that are different from men,” she says, hypothesizing that a room full of 100 men would identify different workplace issues than one filled with 100 women.

Unlike some female leaders, who prefer to lead in gender-blind ways, Stipp says as the working mother of twin 14-year-olds, she’s careful to avoid a one-size fits-all approach to personnel, who might have varying needs.

“When you try to create rules, keep an eye toward whether there are specific situations that need specific solutions,” she says.

She acknowledges that sometimes women in corporate American get overlooked if they’re bashful about advocating for themselves and admits she herself used to keep her head down at work but got lucky that her superiors noticed and promoted her. For this and many other reasons, she says, it’s important to have a highly communicative managerial team.

“It’s the company’s responsibility to … put high potential people on the radar … and really have active conversations,” she says.

Though Stone has oftentimes fielded accusations of celebrating a bro culture, it has financially supported Pink Boots Society initiatives perhaps more than any other brewery and has recently launched a series of cultural competency conversations to promote an inclusive environment for people of color.

Regardless of any sensitivity or leadership training Stone’s offering employees, Stipp may have to do a lot to earn loyalty from within the ranks. She joins the nation’s ninth largest craft brewery a few months after hundreds of former employees did not get rehired when COVID lockdown restrictions lifted, and a large number of servers have gotten replaced by an automated ordering system.