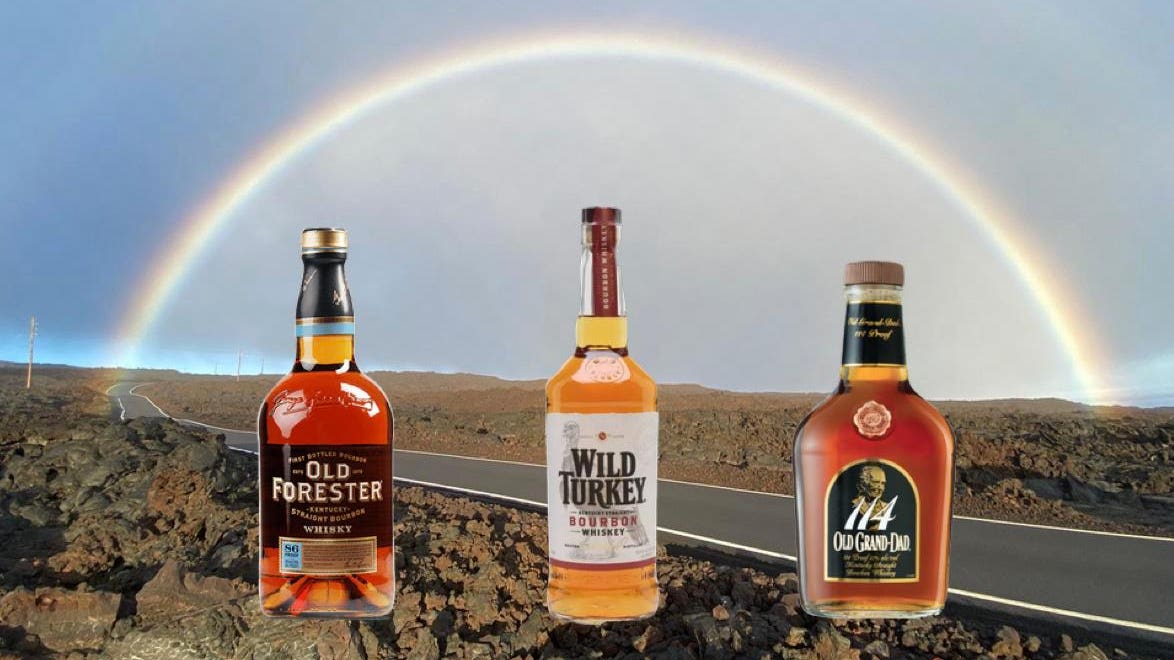 We’ve said it many times before, but that won’t stop us from saying it again: you don’t need to spend a lot to get your hands on great bourbon. In fact, if you are paying an arm and a leg for your favorite liquor, you’re probably doing it wrong. Because of the factors that go into whiskey making in Kentucky—charred barrels of virgin oak, hot and humid summers, cold and dry winters—exceptional flavors from the wood can be sussed out after 4-5 years. We’re talking all of those lovely notes of vanilla, cinnamon, caramel, baking spice that make the category so singularly spectacular.

Talk to most distillers from the region and they’ll tell you that the sweet spot in age ranges up to just over a decade. Compare that to Scotland where it can take half a lifetime for scotch to develop into something compelling. All this is to say, that full-flavored bourbon can and should be yours at comparatively reasonable prices. Remember, if it says ‘straight’ on the label, then it has aged in new charred oak for at least two years. And it’s well on its way to wonder.

But that’s enough background for one day. Let’s get to the examples. And for this, we turn to folks that know a thing or two about the subject: some of the country’s most talented bartenders. Follow their advice and those $150 bottles of bourbon sitting on the liquor store shelf will taunt you no longer.

“Old Forester is my go to bargain bourbon for several reasons. First off, I can get a 1.75 liter for the price of some other bourbon’s 1 liter price. There is a reason why it is ‘continuously sold before, during and after Prohibition’. Perhaps it’s because it plays so well with a variety of cocktails but in my opinion, it makes a great Old Fashioned with Chocolate Bitters and an orange peel… which is my go to cocktail for a nightcap. The way the bourbon plays so nicely with the Chocolate bitters without overpowering the cocktail is quite delicious. Thank me later.”

“Dilution is often overlooked when thinking about whiskey. Wild Turkey 81 wakes up with the introduction of a bit of water—whether it be from a couple of ice cubes, or from the shake of a drink. It’s full of warm, subtle, complex notes that make it shine by itself and definitely in your favorite cocktail.”

“Old Grand Dad 114 (We called OGD) is one of my top favorite bargains bourbons. Because it so versatile. It’s a full-proof version classic rye-tinged bourbon, unbelievably smooth for a spirit of its strength. Spicy orange-berry nose with tobacco notes and a spicy sweet taste with plenty of rye flavor. It’s all day drinkable neat or on the rocks, price point is under $30 so you don’t need to feel bad about using it in cocktails. For example Old fashioned, Opal cocktail.”

“While it’s hard to find true bargains in Washington state with our high liquor taxes, a bourbon I always find myself going back to is Woodford Reserve. No, it’s not the most inexpensive, but the bargain here is for the overall quality. The triple distillation used for Woodford Reserve creates a wonderfully rounded bourbon with tons of flavor. It’s great on its own or in a wide variety of different cocktails from classics to new innovations. Even though Woodford is a huge brand name, I feel there’s just more care in the production process than some other less expensive labels.”

“Definitely some great options, but the secondary bourbon market makes many of them all but impossible to find. I feel I get the best bang for my buck with Old Forester 100. It’s the perfect overlap of flavor, quality, strength and value making it my standard at home for mixing and the occasional shot with friends. It works as a sipper as well. And if you’re a fan it’s a great segue to the Old Forester Whiskey Row series, my favorite of which is the nuanced and rich 1920.”

“I love Elijah Craig. It flies under the radar, but it’s a gem at 94 proof, great for cocktails, the heat holds its own in a sour and got a full body for your old fashioned. Awesome caramel and vanilla combo thick mouth fee, for low $20 there is nothing better on the market. Elijah Craig is a great example of whiskey does not have to be expensive to be good. This is what the Kentuckians are famous for, so being surprised at the level of quality for the dollar is a bit like being surprised the French make great wine.”

“I like Old Tub for its approachable pricing and remarkable flavor profile: delicious corn sweetness, cinnamon and long punchy finish, it is a bargain at $22 (Hawaii pricing). It works neat and on the rocks and is a no brainier for an old fashioned. And with summer wrapping up, I think it would be really fun to whip up a fall tipple (warm or hot) with a little Old Tub, lemon juice and uapple cider with some fresh ginger and aromatic bitters.”