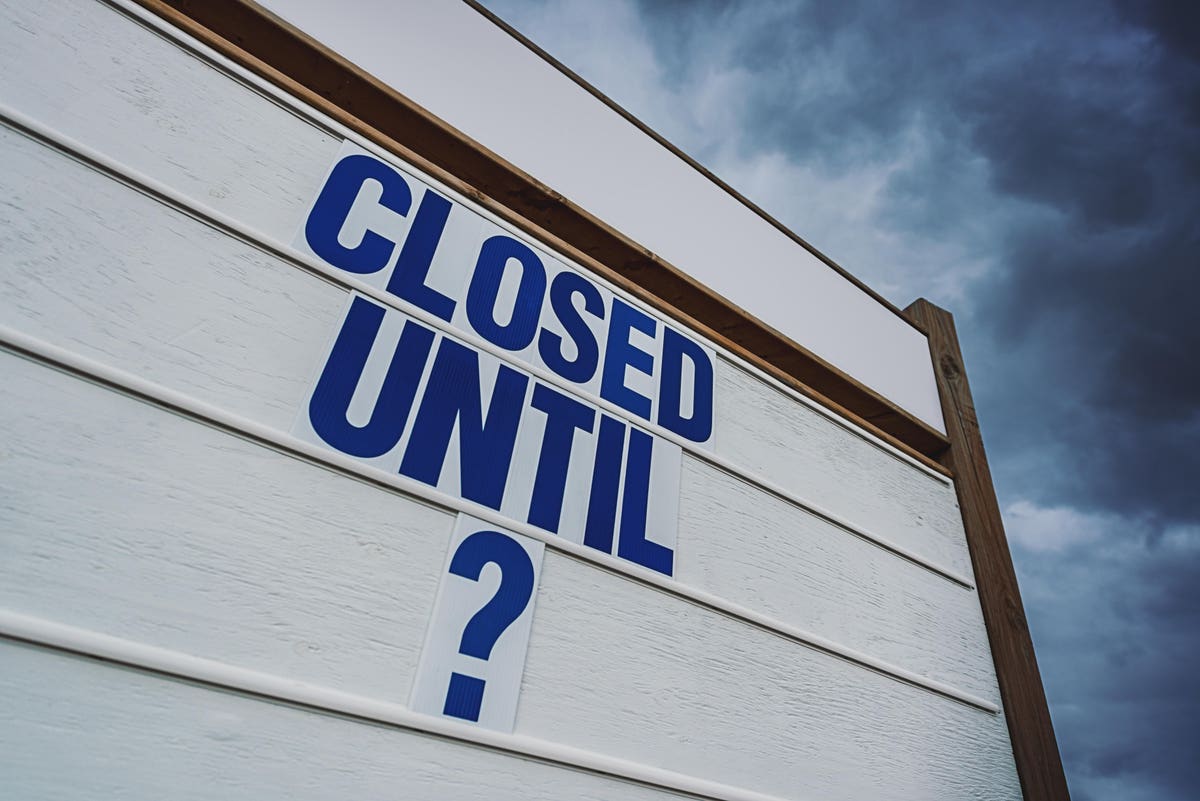 As the number of coronavirus-related deaths in the US reaches the devastating count of 200,000 souls, another unwelcome count looms, 100,000 business wiped out in the wake of the pandemic.

That’s according to the latest study by Yelp, the online ratings site and app. Its just-released Local Economic Impact Report shows that of the 163,735 businesses closed nationwide between March 1 and August 31, 2020, 97,966 shuttered permanently. The rest are closed temporarily and have eventual plans to reopen.

The number of permanently closed businesses is up more than 25,000, or one-third, just since Yelp’s previous report in July. Stats are based on closures confirmed to Yelp by business owners.

Continuing the trend from the summer’s report, “restaurants and retail continue to struggle and total closures nationwide have started to increase,” the September report says. In these two sectors, respectively over 32,000 and 30,000 have closed, about 60 percent permanently.

By region, states with large tourism economies continue to be particularly hard hit, including Hawaii, California and Nevada. A Yelp spokesperson notes that “they’re also the three states with the highest unemployment rates.” By comparison, eastern metro areas like Philadelphia, Pittsburgh and Baltimore have done relatively well, with fewer than 10 closures per 1,000 businesses.

One bright spot in the survey, Yelp says: “Some business sectors have proven to be particularly resilient. Professional services (lawyers, real estate agents, architects and accountants) and health related businesses…saw some of the lowest rates of closures since March 1,” fewer than three closures per 1,000 businesses.

These and other essential services continue to hold steady despite the economic uncertainty. Businesses offering home and automotive services, plumbers and contractors also remained busy, with closure rates at a low 0.65 percent.