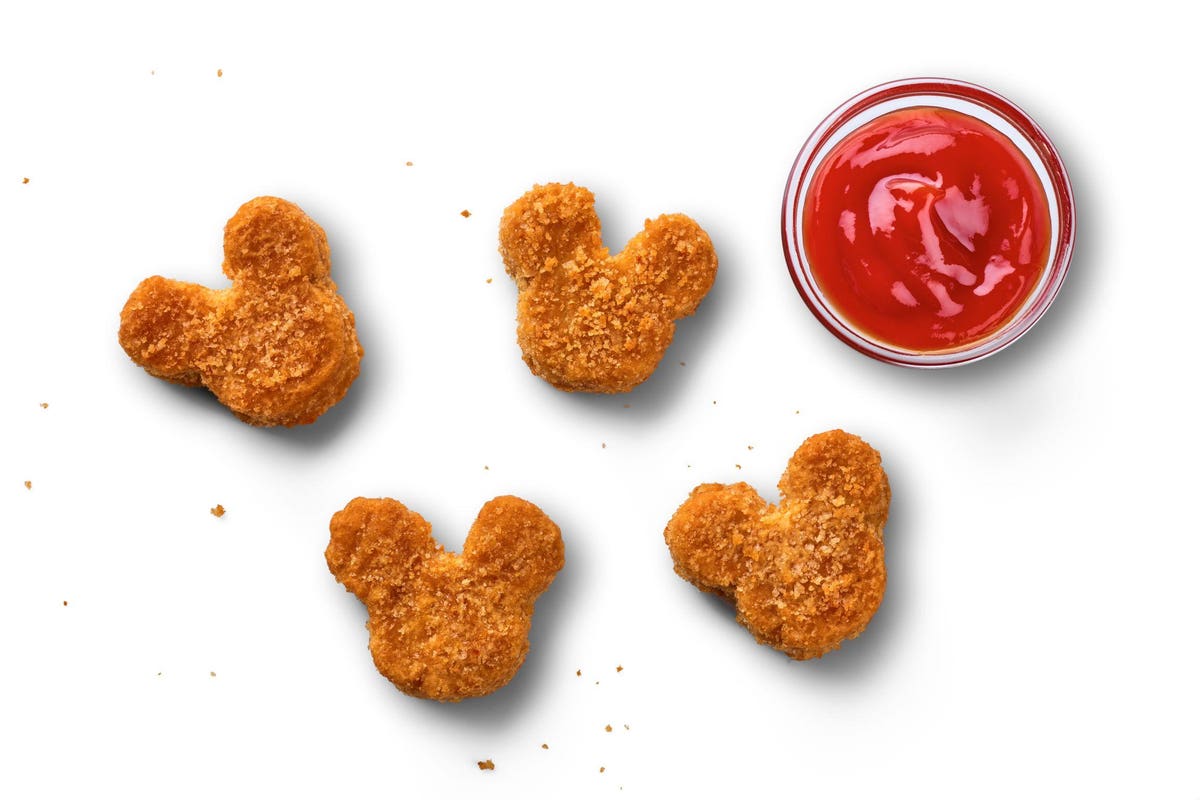 Innovation has fueled the rise in plant-based alternatives as companies use cutting-edge technology to turn protein from soy, mung beans, peas and other plant sources into familiar favorites that come increasingly closer to their animal-based counterparts.

A new product unveiled this week by a sub-brand of Kellogg’s
MorningStar Farms
division follows that recipe, aiming  to win over kids with a merger of one of their favorite foods and an enduringly beloved cartoon character.

Incogmeato by MorningStar Farms has partnered with Disney
to create Mickey Mouse Shaped Chik’n Nuggets, which rolled out this week at Walmart
stores and regional grocers throughout the U.S.

The launch comes as both plant-based alternatives and chicken nuggets have been growing in popularity. Some 44% of families with kids are already eating some plant-based protein products and another 36% report that they’re likely to try such products in the next year, Kellogg’s General Manager for Plant-based Proteins Sara Young said.

With demand for plant-based products growing among entire families, it made sense to team with Disney and pair up two of kids’ favorite things — chicken nuggets and Mickey Mouse, she said.

McDonald’s, which launched Chicken McNuggets in the 1980s, is credited with popularizing the finger foods among generations of kids. Competition in the category has periodically heated up and it’s on the upswing again as plant-based and meat-based nuggets vie for customers.

This week, as Incogmeato was rolling out its plant-based nuggets, McDonald’s announced the launch of its new Spicy Chicken McNuggets. Other quickserves have also gotten in on the act, including KFC which has done some experimenting with plant-based nuggets and also aims to create the first cell-based chicken nuggets made using 3D printing technology.

And Rebellyous Foods, formerly Seattle Food Tech, which launched as a high-tech method of making affordable plant-based chicken nuggets for foodservice channels, rolled out its first retail products earlier this year in a shift made necessary when the pandemic disrupted foodservice supply chains.

Incogmeato’s new nuggets were in the works before the pandemic hit, Young said, and the company created a new recipe aimed at capturing kids’ cravings for the familiar flavor and the crispiness they’re used to in meat-based nuggets.

The Incogmeato products are 57% lower in fat and 35% lower in sodium than chicken nuggets made from animal meat, according to the company. They’re vegan and made with non-GMO soy and made with a texture that closely replicates the original, making it easier to swap them in for the familiar meat versions, Young said.

Marketing challenges in the pandemic

While launching new versions of familiar favorites can give brands a leg up in reaching target customers, the pandemic has thrown a wrench into one of the ways food makers typically use to get their new products into the mouths of consumers.

In normal times, brands like Incogmeato would depend on in-store sampling to offer target consumers the first tastes of their products. Such samplings have been key to convincing shoppers to try new things, according to Mintel
, especially for consumers who are new to plant-based alternatives. Now, amid the pandemic, brands are turning to social media and delivery services to get their new products into consumers’ consciousness.

Food brands were increasingly turning to social channels to promote new products before the pandemic, but now the channels have become a key lifeline as companies roll out new products.

A short video spot set that dropped this week on Incogmeato’s social channels features the iconic cartoon mouse, pictures of the new product and the tagline “Plant-based Magic.”

Last month, Incogmeato promoted its plant-based burgers in a partnership with delivery service Postmates in two markets. In a one-day promotion, Postmates users in Dallas and Denver had the option of ordering bite-sized, fully cooked and dressed Incogmeato burgers.

Another chicken nugget brand made from plants has largely built its direct-to-consumer business model on social channels. Nuggs, the first product from plant-based protein startup SIMULATE, launched year with direct-to-consumer sales and a tech-like model that includes regular releases each time an improvement is made to the product.

The startup depends on social channels to drive sales — posts on Instagram and other channels include links to order Nuggs for home delivery. The brand touts its first product as “the Tesla
of chicken” and it has fine-tuned them based on early customer feedback.

Unlike startups, Incogmeato has the benefit of being part of a more familiar brand,  and will be merchandised in the frozen food section next to better-known MorningStar Farms products.

The frozen nuggets are rolling out in retail channels first, with a suggested retail price of $6.69 for 13.5-ounce packages. It’s not clear whether and when Disney might start serving the products at its parks and resorts.

In a blog post last year, months before the pandemic that would shut those venues down temporarily, Disney Park’s Editorial Content Director Thomas Smith touted its commitment to serving a greater selection of plant-based based options at all of its major Disneyland and Disney World restaurants. The post also introduced a new green leaf menu icon to denote plant-based dishes.

“Our guests have embraced our plant-based offerings at our parks around the globe, inspiring us to expand our menu and introduce a new menu icon, a green leaf, that will make it easier than ever to find these creations during your visit,” he wrote.