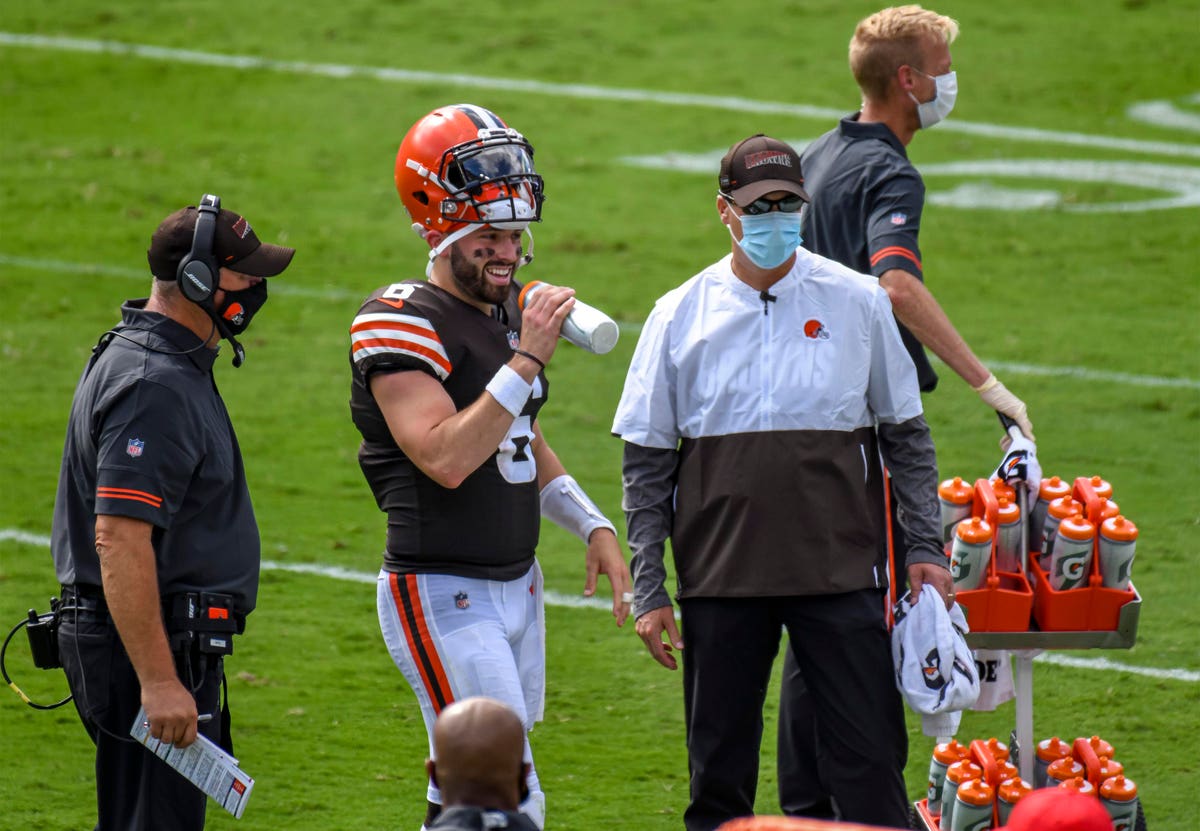 Before the NFL made an official announcement on how they would commence the 2020 season, Jeff Kearney, Gatorade’s Global Head of Sports Marketing, begin internal discussions with his team on how they could get in front of helping keep things safe with the products they provide. They then began discussions with the Professional Football Athletic Trainers Society (PFATS) on solutions before the NFL reached out in May to see what the brand had learned from its partnerships with other leagues and what they could adapt.

Without the use of a bubble environment, the league needed to implement innovative safety concepts across the board to help ensure the safety of team staff and players. One critical component for both in-game situations and practice was creating new protocols on the sidelines.

“Everything that we do is built from insight from the athletes or practitioner,” said Kearney. “The solutions we came to is directly from working hand in hand with the NFL and the athletic trainers to figure out what is going to work with their specific settings.”

Some of the on-field adjustments fans might have noticed through Week 1 are the personalized bottles for each player to avoid cross-contamination, bottle trees on wheels to help service players during timeouts, bench troughs for organizing and storing bottles and towels on the sidelines, and additional towels for more single-occasion use. Some experimental measures have included foot and elbow tabs on the doors of locker room coolers for grab-and-go products.

“We have tried to burrow solutions from one sport and apply it to another. The bottle tree was created around 2012 and it was initially designed for soccer,” Kearney said. “The rationale was that there were more players out on the pitch than one athletic trainer can carry bottles for and we came up with that so they could be wheeled out. The NFL teams have all embraced it and we’ve provided it to all 32 teams.”

A modified version of the tree has been a fixture in the NBA bubble behind each player’s seat. The tree holds a player’s drink, warmup, and a towel making sure that only they are touching their gear.

Kearney likened Gatorade’s process of developing new concepts for safety measures to that of the astronauts on Apollo 13 having to use only the equipment made available to them to help fix the spacecraft. As one of the NFL’s longest-standing partners, it’s going to continue to be a collaborative effort on figuring out what works and if additional measures can be implemented.

“We aren’t crystal clear yet on if what we’re creating right now is just a bandaid or a long-term cure,” Kearney said. “We’re watching closely on how things are being used and is it functional and helping to not spread germs. What those additional measures could be? I can’t say until we get through the next few weeks in the NFL. Those measures are conversations that we’re also having with the other leagues right now as we game plan for future seasons.”