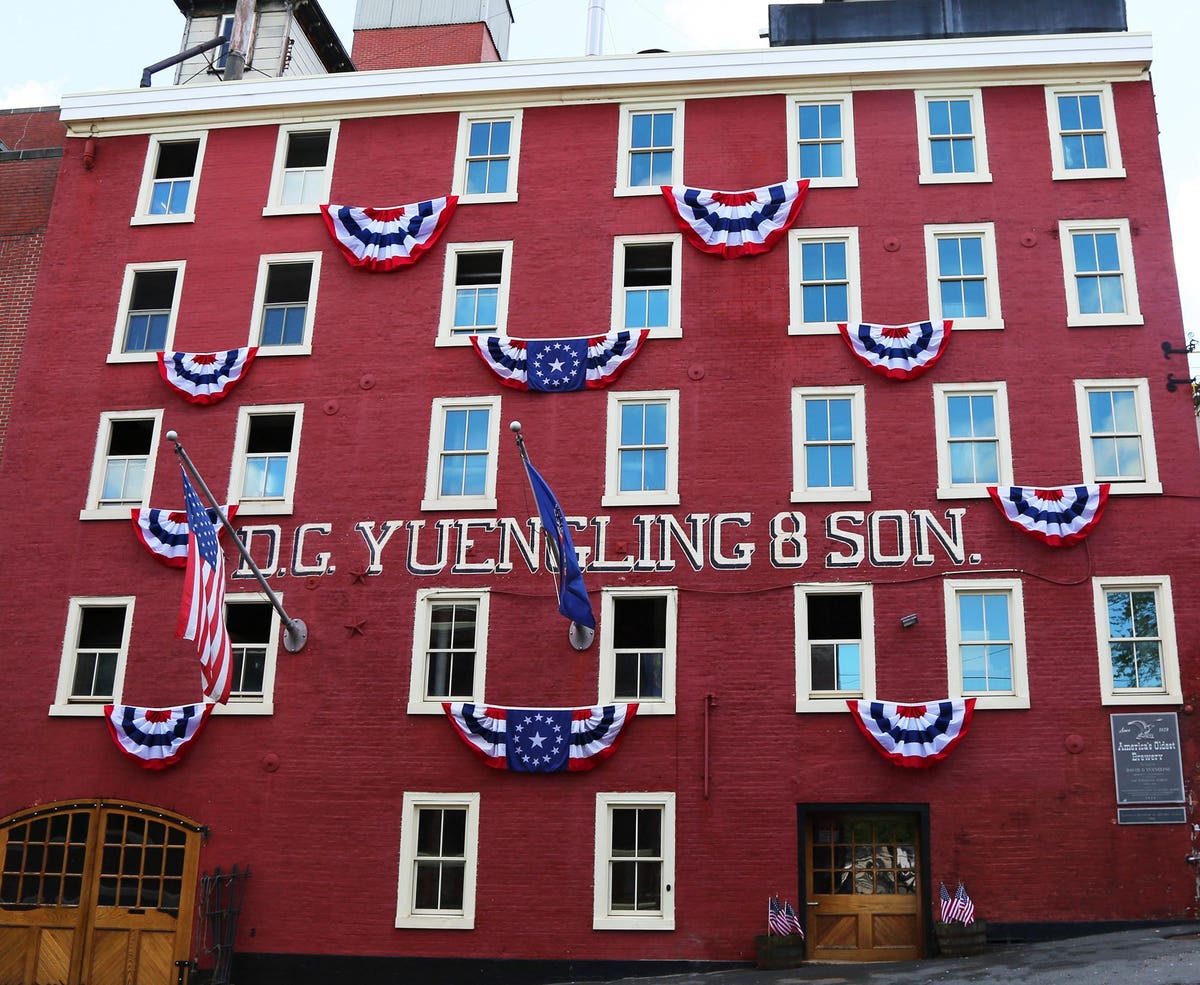 For the first time in more than 190 years, beers from D.G. Yuengling & Son will soon be available (legally) in the western half of the United States.

The iconic Pennsylvania brewery has formed a 50-50 joint venture with the country’s second-largest beer maker, Molson Coors Beverage Company, in a move that will eventually bring its beers to 25 additional states.

Announced Tuesday, the jointly-held entity — called The Yuengling Company — is aimed at expanding production and distribution of Yuengling offerings like Traditional Lager, Black & Tan and Flight to major beer markets like Texas and California.

In an interview, Yuengling vice president of operations and sixth generation family member Jennifer Yuengling stressed that the company would remain “fiercely independent, family-owned and operated,” and that the JV with Molson is designed to give thirsty consumers in the western half of the country an opportunity to purchase Yuengling products without having to “smuggle it across state lines.”

Her sister, Wendy Yuengling, who serves as the company’ chief administrative officer, added that wholesaler relationships in the 22 states where the brand is currently sold would not be affected.

“This does not change anything for our existing business, our existing breweries and our employees,” she said. “We are picking up a world-class partner to help us continue to grow and build our brands for the long term.”

For his part, Molson Coors CEO Gavin Hattersley said Yuengling beer would initially be produced at just one of his company’s breweries and that additional facilities would begin making product down the road. He did not specify which locations would be tasked with making Yuengling beers, however.

In addition to capturing 50% of the profits from the sale of Yuengling offerings across 25 states, the partnership enables Molson Coors to better utilize capacity at its breweries while simultaneously providing its wholesalers with a coveted brand that can win shelf placements and take meaningful market share.

“That is a big boon for a Molson Coors beer distributor in the Midwest who might not have as much share as an Anheuser-Busch wholesaler,” Schuhmacher said.

Hattersley wouldn’t comment on which western markets would be the first to receive Yuengling beer, however those decisions will be made jointly under the guidance of an evenly split six-person board of directors.

Yuengling family members and Molson Coors executives will make up the board, and new market entries will begin midway through 2021.

Tie-ups like this are not uncommon in the beer industry. Oregon-based Craft Brew Alliance (CBA
) — which makes the Kona, Widmer, and Redhook beers, among others — has for years accessed brewing capacity and distributor relationships as part of a commercial partnership with Anheuser-Busch InBev.

Under that arrangement, however, A-B owns a minority stake in CBA. The world’s largest beer company is currently in the process of acquiring the remaining portion of CBA that it doesn’t already own.

In the case of Yuengling and Molson Coors, it’s unclear if the two companies would ever look to merge.

When asked, Wendy Yuengling said remaining independent was “incredibly important” and that a future sale to Molson is not something that’s been discussed.

Schumacher, who said he’s heard rumors of a possible partnership between the two companies for several years, believes that Molson could eventually look to buy the Yuengling brand.

“I would be surprised if they didn’t have some sort of option — you know a right of first refusal sort of thing,” he said. “And the same goes for Yuengling. To have an option to get out of the partnership, if they are displeased with how it turns out.”

Tuesday’s announcement comes just four months after Molson Coors said it had agreed to sell its brewery in Irwindale, California to Pabst Brewing Company for $150 million. Pabst itself has a contract brewing agreement with Molson Coors that is set to expire in 2024.

Yuengling was ranked by trade group the Brewers Association as the largest craft beer producer in the U.S. in 2019 after it produced more than 2.6 million barrels of beer.

Through August 9, off-premise volume sales of Yuengling beer were up 3.1% year-to-date, according to market research firm IRI.