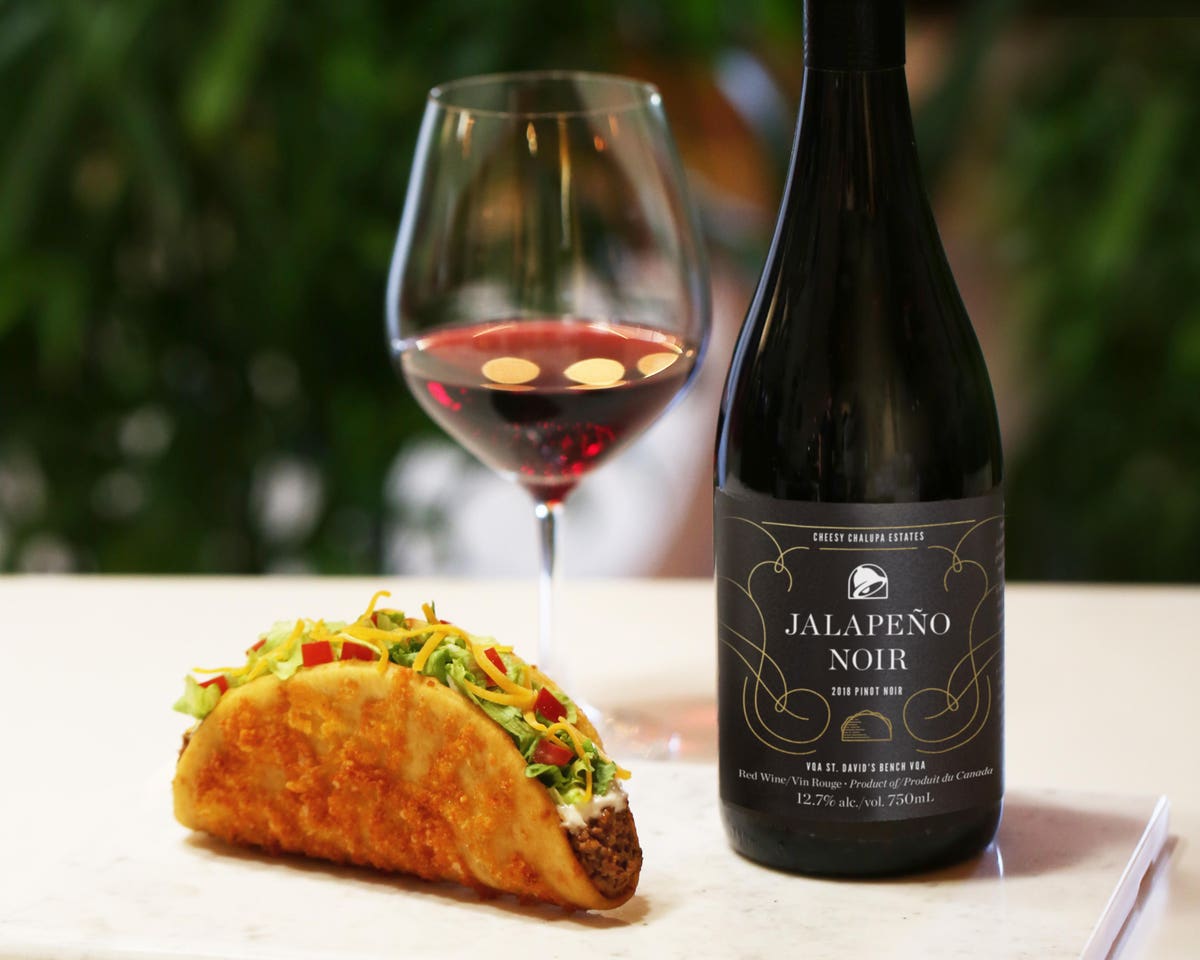 What to pair with your cheesy crunch wrap?

The existential drinking crisis for wine lovers is over. Taco Bell has announced it is debuting its own wine, dubbed Jalapeño Noir.

The Toasted Cheesy Chalupa just launched in Canada, and will be joining menus in the U.S. in November. No news on whether the wine will be hitting Taco Bells in the states.

The Jalapeño Noir is made locally at Queenston Mile Vineyard, a local Ontario vineyard. (Ontario has a thriving wine scene, with wineries in Niagara and Prince Edward County starting to receive international recognition.)

The wine will be available in some Taco Bell locations in Toronto and Hamilton, or via Taco Bell Canada’s website. Bottles cost $25 Canadian (roughly $20 USD).

“Wine and cheese are simply meant to be together, so launching a new wine to go with the craveable, cheddary Toasted Cheesy Chalupa made perfect sense,” said Kat Garcia, Taco Bell’s director of brand marketing in a statement. “At Taco Bell Canada, we love to raise our glass to big, bold ideas that elevate our menu items, and pairing our Toasted Cheesy Chalupa with this Jalapeño Noir is no exception.”

Late last year, Kellogg had a similar spirited notion and released a boxed wine-Cheez-it combo: One box of wine, one box of Cheez-it. The brand also recommended other pairings: Malbec and Zesty Cheddar Ranch Cheez-its, perhaps, or Rosé and White Cheddar. The move was designed to reinvigorate the almost 100-year-old brand.

Taco Bell’s news comes months after the company trimmed down its menu during the pandemic in an effort to streamline kitchen operations and boost store margins.

Consumers were disappointed that fan-favorite items (like potatoes) were dropped from the menu.

But Taco Bell higher-ups promised that the cutbacks were to make room for new innovations, like the Toasted Cheesy Chalupa and an at-home taco bar for Cinco de Mayo promotion.

The brand is also developing a learning lab, as Forbes.com’s Alicia Kelso reported earlier this year, where new ideas are tested in a restaurant setting.

Innovations like this have been key in Taco Bell’s success—over the last decade, the brand has continued to be one of the best-performing large chains. U.S. sales have increased 41% since 2013.

Taco Bell has dabbled in the booze sector before. The brand’s Cantina concept has a presence in over 30 urban markets in the country, with tapas-style menus and a menu of spiked drinks, wines and beers. (Frozen slushies dosed with alcohol are a particularly big hit.)

It’s been a successful endeavor. New locations of the Cantina (this time featuring a digital experience) are opening through the fall.