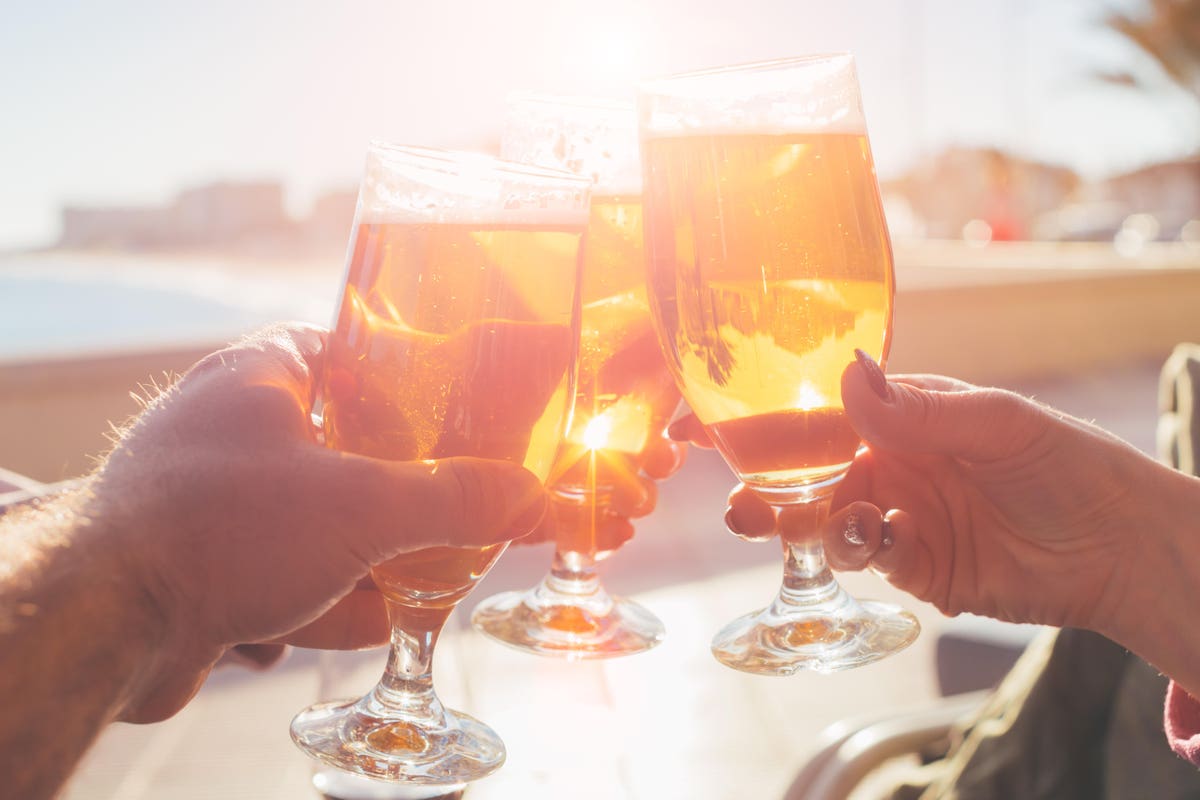 Lager beer is proving itself a fickle mistress.

We beer writers, myself very much included, have said these things, sometimes all at once. In August, I wrote this story that predicted COVID lockdowns would one time and for all provide ye olde pivot point for lagers to finally catch on among craft consumers in a fundamental way.

I wasn’t wrong, per se. But I may not be entirely right.

Data collected by the Drizly alcohol delivery company – with its 3,000 US retail partners and 2 million consumers — shows that lager actually lost major ground over Labor Day Weekend (LDW). The biggest declines were to pale and light lagers.

What did lager lose to? Seemingly, seltzer, of course, and IPA.

The world’s most consumed style has never quite caught on with the craft crowd, though the past few years have seen an increase in the appetite for craft lager, including low-cal versions. The craft brewers I followed up with for the aforementioned story said they couldn’t keep their lagers in stock as they began to reopen after shutdowns and in some cases were selling them faster than any other style.

The Drizly findings don’t negate that. But with lagers giving up more than one-fifth of their share of the company’s beer sales this past Labor Day holiday (32.6% share in 2019 vs. 25.9% in 2020), hard seltzer gaining 395% more sales than last year, and IPA growing 23% in beer share (12.4% share in 2019 vs. 17.7% in 2020), the numbers suggest lager is not going anywhere … ever. Yet it probably still faces a future of ups and downs as opposed to in the 20th century, especially in light of competition from the two strong sub-categories.

I’m of two minds when it comes to pinpointing the bigger threat. On one hand, Drizly makes a lot of sense when it explains, “Hard seltzer has established its position in the beer category as an alternative to lager, particularly light lagers, as another low-calorie option.”

On the other, straight numbers make IPA a much more likely culprit. Lager’s loss of share equals IPA’s gain, and shockingly, seltzer’s share of the beer market stayed constant at 20% from one year to the next. Its sales grew by triple digits, yes, but so did Drizly’s overall sales. Seltzer must have taken some large chunks out of other categories, with wine and ready-to-drink cocktails being logical places to look. (That said, RTD cocktails are performing smashingly.)

Plus, if you want to talk logic, I can’t imagine all or even most of the people who dropped easy-drinking, low-ABV lagers this year did so to pick up a generally bitter, higher-alcohol IPA, even if it was an approachable hazy.

I don’t have the data to break this down by brand but I posit that not only are drinkers crossing over more than ever between styles and categories as more options abound, I’m betting that in this dataset, a greater percentage of the craft lager segment gave way to IPA (I’m looking at you, milkshakes and juice bombs) and the macro lager drinker — no longer so loyal — is sipping on the seltzer side.

We did see Corona take Drizly’s number #1 beer-brand spot from Bud Light this past LDW, and Miller traded places with Coors for #3. That would have made massive news just the most recent of years ago. Granted, COVID has aggressively shaken up the supply chain and purchasing habits this summer so it is unimaginably hard to rely on old assumptions anymore.

Drizly Chief Marketing Officer Scott Braun’s take-home message from what the data may reveal about lager: “Though this summer seltzer was king and the big story, there is still clearly a large and growing market for a flavorful, hoppy experience.”

My take-home message is beer’s old expectation of loyalty no longer applies, no matter if it’s ales, lagers, seltzers, crafts or domestics. Before craft, typical American beer drinkers lived and died by the same brand. Craft came along and some of the population switched over, only to later find their kids demanding even more variety and snickering at anyone who dared to drink the same beer twice. The old-school macro drinkers kept digging in their heels but these days, their yellow brick road veers increasingly away from St. Louis, Milwaukee and Golden, Colorado, and toward the opposite side of our southern border.

Point is, we can’t blame lager for being a fickle mistress. Rather, it’s most of the beer drinkers of 21st century America – who some deride as ‘promiscuous’ — who make it that way.