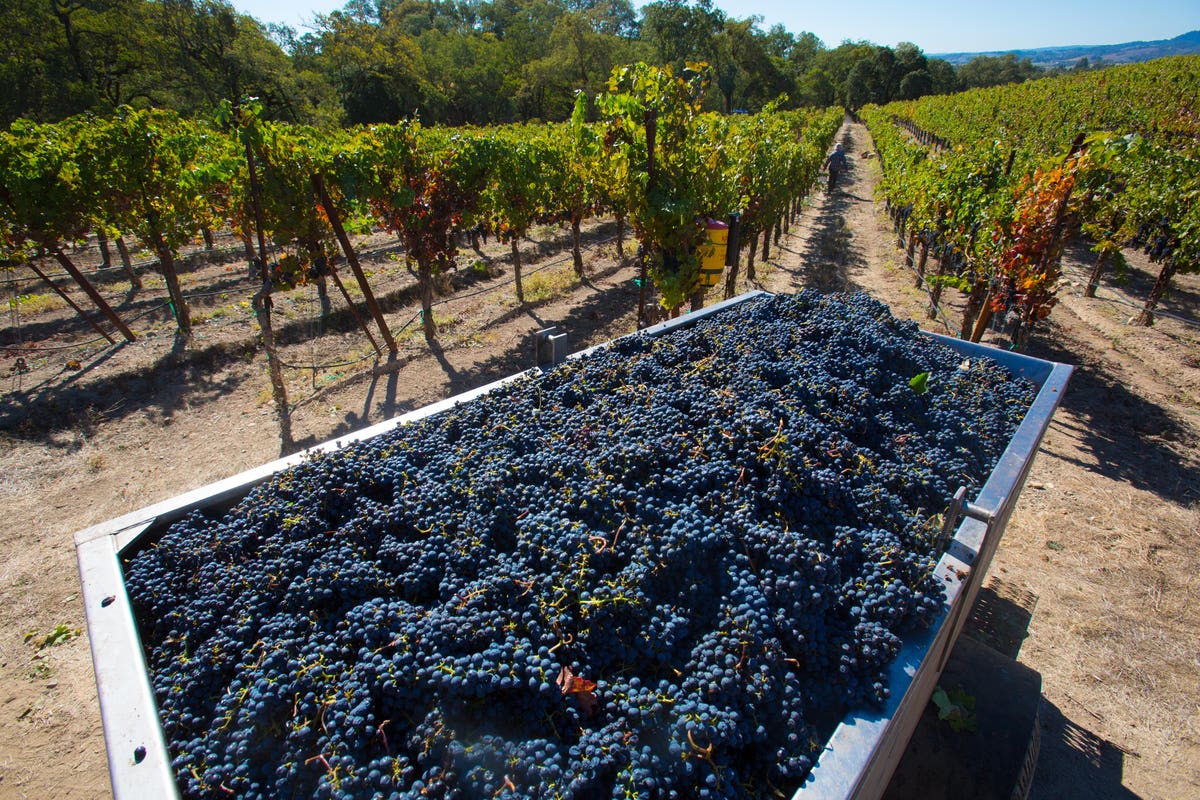 Climate change is disrupting the speed at which grapes grow and when they can be harvested. This makes the taste of cabernet sauvignon, for example, that much harder to attain. It might mean that in the U.S., cabernet sauvignon grapes might need to be replaced with another grape variety. Or it might make merlot unsuitable for Bordeaux and even allow the perfect glass of “champagne” to come from England.

This summer, the harvest started in Burgundy on 12 August, the earliest in six centuries, as reported by Bloomberg. In Champagne, the grapes were picked in mid-August, the earliest ever recorded. The Ministry of Agriculture attributed the cause to an unusually warm spring following an unusually mild winter. In the Loire valley, harvest started one month earlier than in 2019 and in Bordeaux, the white grapes were ready to be picked, 15 days ahead of last year.

The Local reported that, according to the Environment ministry, “on average harvests across France are taking place 18 days earlier than there were 40 years ago.”

Rivesaltes, the French village near the Spanish border which has 300 sunny days per year and produces fortified wine has been suffering under intense heat of 40 degrees Centigrade (104 Fahrenheit). They have had to pick the harvest at night because it is so hot.

The Rivesaltes vineyards have suffered from a lot of rain in the spring, mildew in the summer and the Tramontane sea breeze which usually blows through and dries the vines has not materialised, leading to a drought-like situation. The government believes that climate change is the cause.

Flavors are harder to attain

As the climate changes, harvests get earlier and earlier and grape varieties become incompatible with the soil.

The Los Angeles Times reported on how California is seeing less fog, how that increases the heat from the sun and how that increases how quickly the grapes mature. That means that “it’s harder to get the acid-sugar ratio, pH balance, color and flavor just right” meaning that the taste of the Cabernet Sauvignon is under threat.

This isn’t a small matter when the U.S. is the fourth-largest wine producer in the world (after Italy, France and Spain) and when 80% of all U.S. wine comes from California.

In France, the expected milder winters and hotter summers will likely lead to an easier ripening of fruit in Champagne and might even make the merlot grape an unsuitable fit for Bordeaux.

English soil has been producing increasingly sought-after sparkling wine (only wine which comes from Champagne can call itself champagne) and there might come a time when it may be possible to grow Spanish grapes in England.

Champagne houses are now buying up English vineyards–Taittinger produces wine in Kent and LVMH, the brand behind Moët & Chandon, were reported by The Telegraph to be looking for English vineyards to buy.

In every wine growing region, producers are having to think about changing varieties or moving to higher ground – the cabernet sauvignon grape, for instance, doesn’t like a lot of excessive heat and in Napa Valley, this grape is king. (With excessive heat, the grape produces too much sugar before it develops its flavor). It commands the highest prices and reputations and would be difficult to replace, in every sense.

Some smaller Californian wine producers are testing out other types of grape which can withstand the heat better in the region–grapes like aglianico, charbono, tempranillo, shiraz and touriga nacional–many of which are currently grown in Spain, Portugal, France and Italy.