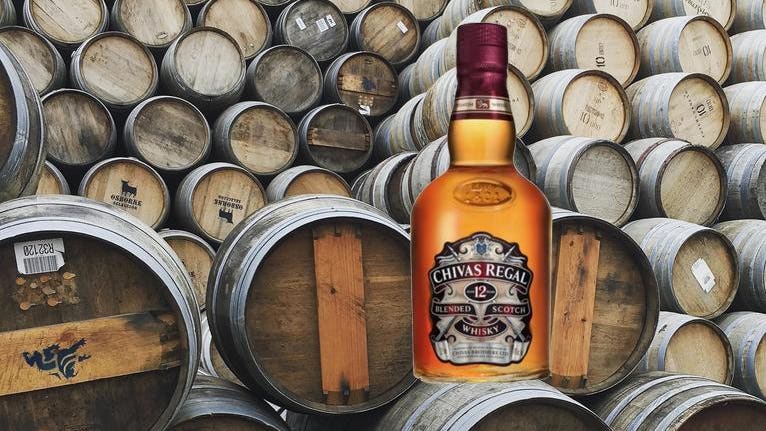 Where scotch is concerned, the 21st Century has been characterized by the surging popularity of single malt whisky. As recently as the 1980s, the subcategory was virtually unknown to most US drinkers. Now the liquid is closing in on annual sales here of a billion dollars. In 2019 we bought 9.6% more it than we did the year before— despite an ongoing tariff crisis with the EU/UK.

All this is precursor to the presumption that you’d spot at least one single malt on the list of the top-selling scotches. Not so fast. This is still a blended world, and the rest of us are just living in it. A lighter style of spirit, it stretches out the more robust notes of malt with easier-drinking grain whisky. The marriage proves enduringly endearing: despite all the recent inroads of single malt, blended scotch still accounts for an estimate 90% of Scotland’s global whisky exports.

And so on this list below, tabulated by the fine folks of IWSR Drinks Market Analysis, we see nothing but blend. Not that there’s anything wrong with that. The brands below are responsible for many a laudable liquid. When they’re done rolling their eyes, even the single malt fanatics out there will recognize some of these names as accomplished producers of their preferred style. Have a look and see.

Though unavailable in the US market, Lawsons is ubiquitous on liquor shelves across Europe. Everything about it is subdued; from its 40% ABV, to its gentle tasting notes of ever-so-slight vanilla and oak. The lowest impact is probably upon wallets, however. A bottle usually costs no more than $12 USD.

This $16 bottle is the entry-level scotch from William Grant and Sons. If you’re unfamiliar with the name, they’re the ones responsible for everything from The Balvenie to Hendrick’s Gin. Back in 1969, they even helped kickstart the commercialization of single malt when they started exporting The Glenfiddich. This is not that. But it does hold onto a pleasant array of cinnamon and caramel topping tones of dried grass.

Chivas Regal classes things up considerably for the blended category. Its flagship 12-year-age-statement sits pretty on the shelf, brandishing a metallic coat of arms across auburn-hued glass. For over two centuries the brand has remained a crowdpleaser for its moderately-light body, carrying citrus zest and pepper spice across the tongue. There’s even a distant rumination of smoke in the finish.

The pride of Dumbarton, Scotland is a surprisingly complex assortment of more than 50 separate malts tied together by 4 single grain whiskies. A smidge of salinity commonly defines the sipping experience. But there’s plenty of balance to appreciate here from a $20 bottle.

If you’re expecting a twist ending, you’ve come to the wrong list. Johnnie Walker’s entry-level Red Label has been the best-selling scotch for decades now. This will not be changing anytime soon. Despite an evolving cast of 30 malts and grains, it maintains a remarkably profile, one marked by honey and cereal grain before the faraway presence of peat smoke. This year the Diageo-owned brand celebrates its 200th anniversary with several limited edition offerings joining its permanent stable of 8 flagships.