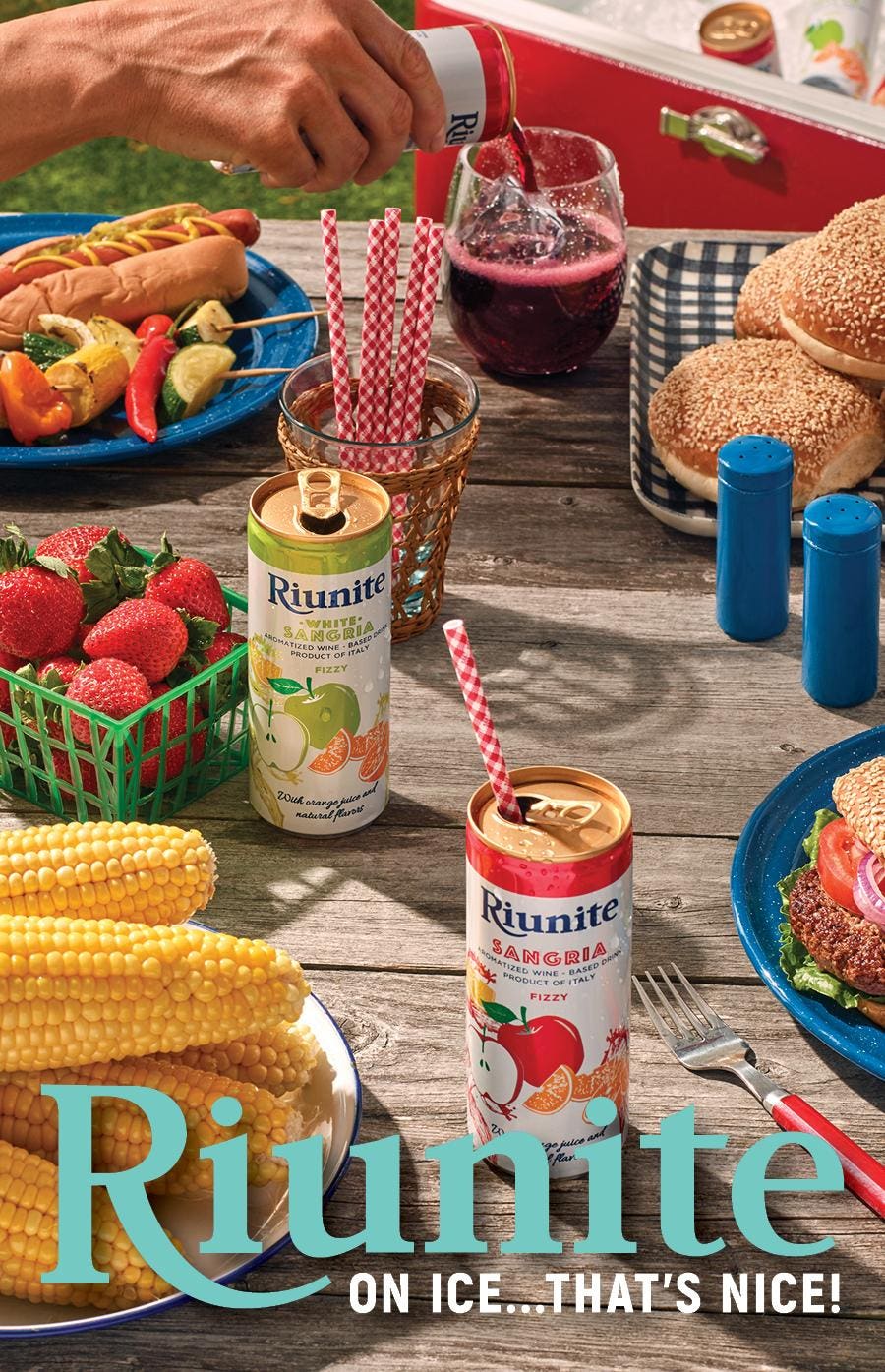 If you grew up in the 70s or 80s, you probably still remember the jingle for Riunite wine. Riunite on ice… that’s nice!

Though the tagline remains the same, this iconic Italian brand is reaching out to cultivate newer customers with a new, canned sangria.

“I would like to describe Riunite as an evergreen brand in the United States,” says Elena Lottici, export manager for Riunite in Italy. “It’s always had a very loyal consumer base, but we also want to reach new consumers, and our first project was a new sangria. Riunite’s always been nice because it’s always been a fresh brand.

Riunite boasts a new commercial, and the cans of both white and red sangria began showing up in stores in February, but then the pandemic happened so in person launches turned into Instagram stories and influencers. But this fall, Riunite is launching an “It’s In The Can” fall tour.

This tour, which will be in Massachusetts in September, Florida in October, and Texas in November, features a Riunite caravan that will travel around select markets in these states, giving away Riunite face masks and hand sanitizers outside of retail locations that sell the canned sangria. “If we can’t give you a can (or allow you a taste), maybe we can give you something else,” says Hilary Ruesch, marketing director.

“The world is changing and evolving, and Riunite has always tried to keep pace with what’s going on,” Lottici says. “Yes, Riunite is a historical brand, but we must evolved and change and add new products for a younger generation.”

“They also have a regular habit of mixing fruit juices and alcohol so we decided sangria would be the perfect way to debut Riunite in cans,” Lottici says.

The canned sangrias are available nationwide in the United States, but the brand is focusing its launch in areas where it is particularly strong. “A lot of these younger consumers were first exposed by their parents drinking Riunite,” Lottici says. “Sangria is perfect by itself, you can add ice, or you can add a slice of orange. They’re really perfect for every occasion.”

They’re also not yet available in Italy, but Italian consumers are clamoring for the canned sangria. “At the moment, we are not selling sangria in a can to our domestic market,” Lottici says.

But that doesn’t stop people from asking about this elusive product. “Everyone who comes to our office asks about the cans,” Lottici says. “The best gift I can make to friends is to bring them a four-pack of sangria cans. They go crazy about that. I had a friend just yesterday ask for it. He was like ‘This is the best gift I ever received.’”

Lottici says the company does have plans to eventually sell canned sangria within Italy, but the process has been delayed because of the pandemic. “But right now, you need to have a can guy,” she says.