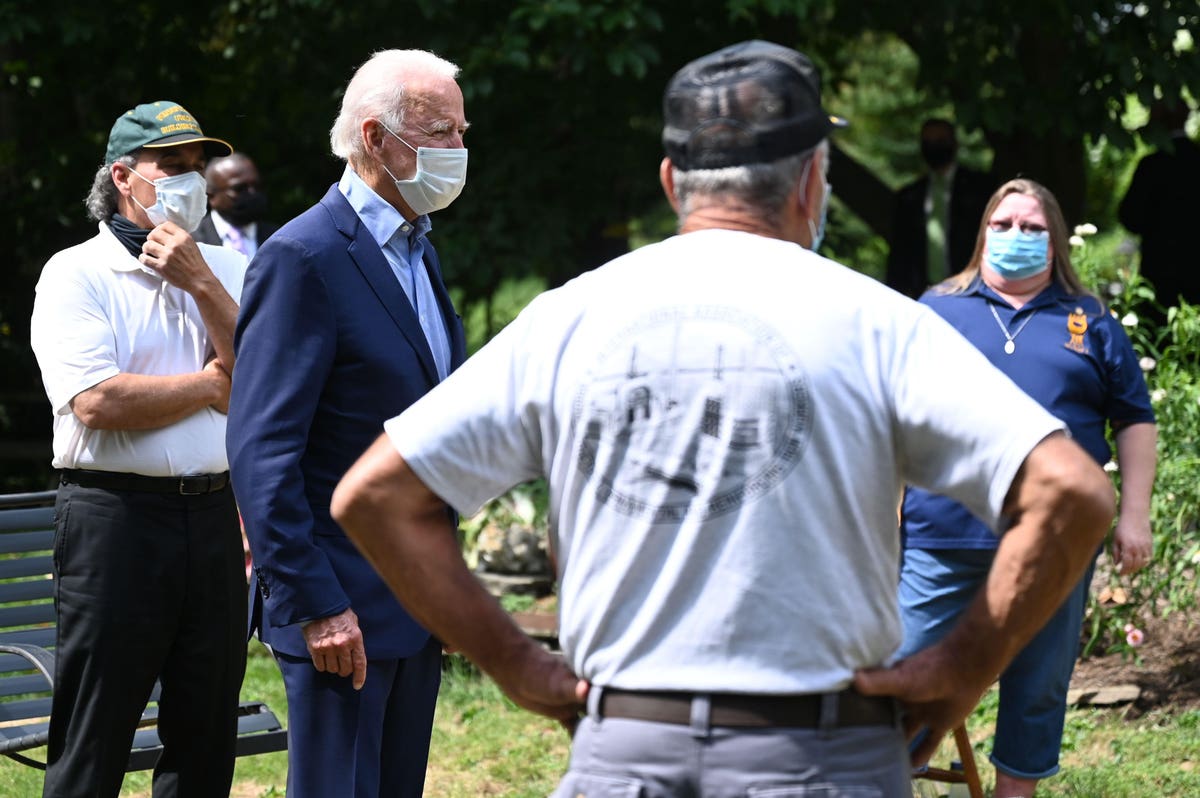 Jose Pina is a Foster Farms poultry plant worker in California still suffering from Covid-19, which he says he contracted at the plant and passed on to his wife. “It’s very difficult, and it truly feels that you’re like you’re dying. I want to make sure that everybody knows that it is important to keep their distance and to wear their masks,” he said.

Three hundred ninety-two workers have tested positive for Covid-19 at the Livingston, California plant, and eight workers have died. The plant is now partially shut down, but Romero says President Trump’s actions in encouraging meat processing plants to stay open exacerbated the problem.

“We believe the Trump administration threatened to order to keep the company open using federal powers,” said the UFW president.

Farm and food workers have never been well-protected under the law. While these policy failures did not begin with the Trump administration, Romero argued, “President Trump has made all of these [policies] worse, terrorizing our rural communities by saying that the people who feed us are somehow criminals.”

She feels Biden will do better to include farm workers in a federal testing strategy, and offered this endorsement: “we can elect Joe Biden President of the United States, who is going to prioritize everyone’s health and safety.”

According to the campaign’s website, Biden supports the Fairness for Farmworkers Act and Domestic Workers’ Bill of Rights to expand federal protections to agricultural workers.

UFCW President Perrone described the devastating impact the coronavirus has had on slaughterhouse and meat processing workers. In his own union, 115 UFCW members have died, and 165 are in the hospital. All together, 5,249 people have had a positive diagnosis, he said.

“When you think about those numbers, you say to yourself, where is our government?” he asked. “They weren’t taking care of the workers that put food on the table every day.”

Perrone also argued that the Trump administration wants to “roll back some of the labor laws that are protecting my members in the packing houses and food processing.” By reclassifying them as farm workers or agricultural workers, they would have fewer rights, he suggested.

Emmett Cannon, a meatpacking worker in Wisconsin, says that though the meat companies have been working with workers to put in temperature checks and sanitation stations, the plants are still crowded and he wants to see better protections.

Diana Hernandez is a college student and agricultural worker campaigning for Biden. Her parents are farm workers. “I’ve seen firsthand that farm workers are not being taken care of,” she said. “This November, for me, there’s so much at stake, including not only the future of my parents and our Latino community, but also the entire business of agriculture production in the U.S.”

Hernandez continued, “we have everything to lose in the election. We’ve been a target by not only the administration, but by also people in our communities who have supported their behavior for the past four years. And if we don’t vote, it will continue to be the same for the next four years.”

Perrone praised Biden for calling for a national mask mandate though recent remarks from Harris and Biden walked back that position and called their policy a national “standard” instead.

Perrone also praised Harris for her work in co-authoring a letter to food industry companies to demand hazard pay for workers. The calls to action are clear, he said, “if you just listen to these three workers…the only problem is nobody in our administration is listening.”