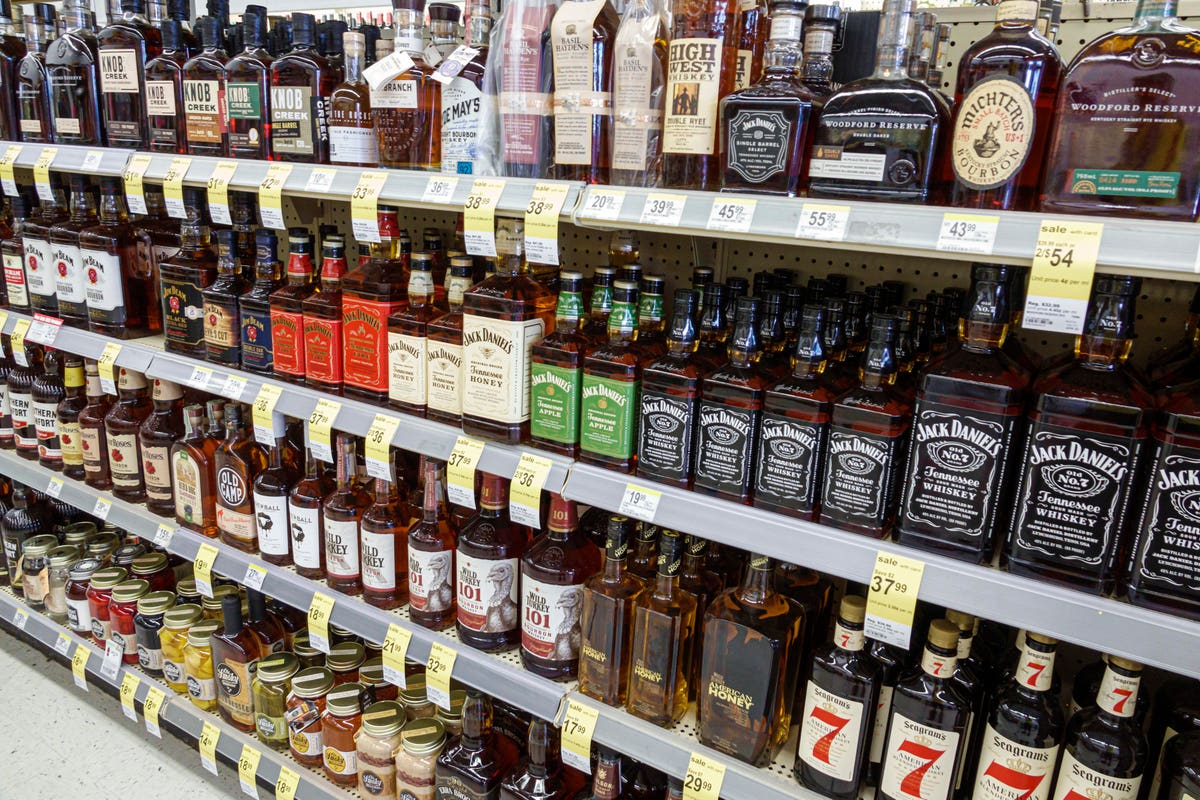 Let’s talk about the term, ‘American whiskey,’ shall we? While many drinkers across the globe might read the phrase as synonymous with bourbon, this is not even close to the case. According to the Alcohol and Tobacco Tax and Trade Bureau (TTB) there are no less than 35 distinct styles that can be labeled as such here in the US. They range from increasingly popular variants like Straight Rye to more esoteric offerings such as Light Whiskey.

And, as we’ve noted before, the most popular example of whiskey made in the States isn’t even technically a bourbon—it’s a Tennessee whiskey. While the federal government views the latter as mere subset of the former, Tennessee state law makes explicit note of the distinction between the two.

Most importantly, the people who collect data on the spirits sector agree with Tennessee legislators; IWSR drinks market analysis counts no Tennessee whiskies among its list for top-selling bourbons. Just as you wouldn’t find any American blended whiskey among that list. That’s because this particular style only has to hold a minimum of 20% straight whiskey. The remaining 80% can be neutral grain spirit, leading some to disparage the subcategory as ‘whiskey-flavored vodka’.

We’re not here to cast dispersions, merely to shed light on the subject. Drink whatever you enjoy most, and forget the rest. But in the event that you are curious about what the rest are drinking, the list below would be the one to watch. It shows the 5 best-selling brands of American whiskey in 2019. Low and behold, only 3 of these products are bonafide bourbons—as printed on their respective labels. Let’s have a look and see what makes these particular offerings so perennially beloved.

This one might surprise a lot of the whiskey purists out there. For one, many people assume that the brand is actually Canadian whisky—as it was once in the earlier parts of the 20th Century. Today it is owned by Diageo and the most they will reveal about the smooth and light American blend is that it consists of 25% straight whiskey and 75% neutral grain spirit.

Far and away the world’s most popular wheated bourbon, Maker’s Mark is instantly recognizable in its squatty, red wax-dipped bottle. Inside is a crowd-pleasing 90-proof liquid renowned for its beautiful balance of sweet and spice. Always an exceptional bargain at under $25 per 750ml.

Another insane deal in the world of whiskey is ‘Black Label’ from Evan Williams. Likely a victim of its own success, many snobbish sippers refuse to consider just how much character is contained in this $14 bottle. This is a mistake.

We’ve already talked about the 80-proof ‘White Label’ when it emerged at the top of our list for world’s top-selling bourbons. And there’s good reason for its continued success. Usually selling for under $15, you still get a whiskey that ages for no less than four years, consistently delivering a hearty dose of char and swirls of barrel spice.

The undisputed king of American whiskey sells 1/3rd more than its closest competitor each year. Is it the charcoal filtration that the distillate undergoes prior to barreling? Is it the house yeast, responsible for its instantly recognizable banana tonalities? Maybe it’s just the iconic black label which effortlessly embodies ‘cool’. Having Frank Sinatra as a fan certainly didn’t hurt. Whatever you chalk it up to, ‘Jack’ reigns supreme and it is under no imminent threat of surrendering the crown.