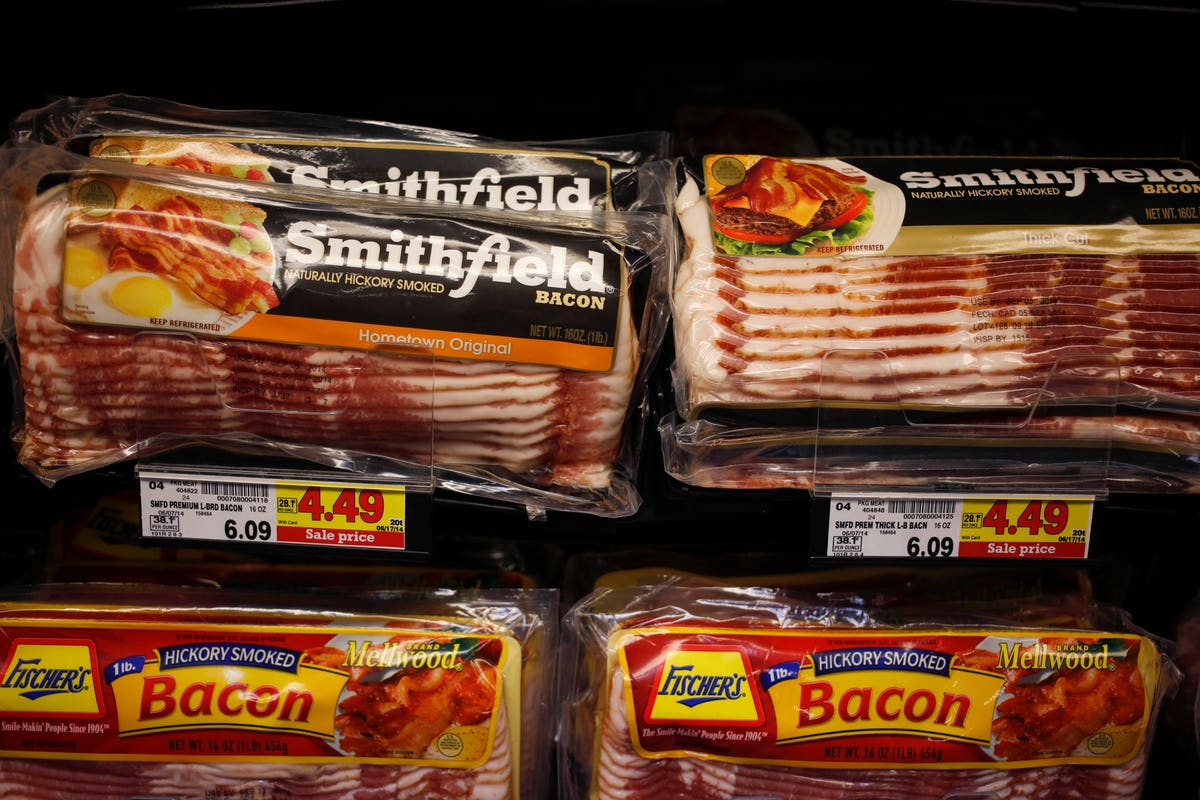 Smithfield, the country’s top pork producer, aims to be the first carbon-negative meatpacker in the U.S. with the goal of removing more carbon emissions from the atmosphere than it produces annually by 2030, it announced Thursday.

“The future of agriculture lies in minimizing our environmental footprint,” says Kenneth Sullivan, who has been CEO since 2015. “Because of our size and scale, we have an obligation to lead.”

Now the fourth-largest meatpacker in the country, Smithfield’s commitment could be industry-changing. Agriculture is the fourth-largest contributor to greenhouse gases overall in the U.S., accounting for 10% of all annual emissions. Livestock production, particularly cattle, generates roughly half of that.

Smithfield says it will achieve this goal across its 40 plants in the U.S., including some of the country’s biggest, without purchasing carbon credits to offset emissions. Carbon reduction will come from changing hog diets to reduce methane, applying no-till farming practices to its company-owned farms to restore soil health, as well as expanding renewable energy projects and streamlining its distribution routes. It will look to “aggressively reduce” consumption of energy for refrigeration, lighting and equipment.

“Big agriculture sometimes gets criticized for its size and scope but there are some big benefits, including the capital we can bring to bear,” says Sullivan, citing more than $500 million spent on renewable projects in two decades. “We’ve put our money where our mouth is. If you start to add up the dollars, it’s clear that we’re a leader in sustainability.”

Smithfield today has annual sales of more than $15 billion. It was sold in 2013 to China-based WH Group purchased Smithfield for $4.7 billion. Including debt, the deal valued the firm at $7.1 billion, which at the time was the largest acquisition of a U.S. company by a Chinese business. Wan Long, who at age 80 is chairman and CEO of WH Group, is the firm’s largest individual shareholder with a roughly 16% stake. Forbes estimates his net worth at $1.9 billion.

The company’s carbon-negative time frame is “quite ambitious,” says Richard Waite, senior research associate of the World Resources Institute, a think tank focused on natural resources. “I see a lot of carbon neutral by 2050 commitments right now – but what are they going to do in 2021? If it’s by 2030 – then they really have to do a bunch of work right now.”

For decades, corporations have attempted to earn goodwill through sustainability efforts that often amount to buying controversial carbon credit offsets or investing minimally in other low-impact programs.

Smithfield has been working to reduce its carbon emissions since the 1990s when it created its own biogas program that uses anaerobic digesters to break down hog manure on farms. The company claims this method of capturing methane and transforming it into renewable natural gas removes at least 25 times more greenhouse gas emissions from the atmosphere than are released.

But it took a lot to work out – and Sullivan recalls a moment early on in his career at Smithfield that put him on this sustainability journey: when he had to write-off more than $40 million for a failed renewable gas project in 2004. He recalls, “I had to look at these assets and say, this is not going to work. It’s gratifying to now be in the role I am and set goals and allocate capital and actually see them succeeding.”

Smithfield says it has been building towards carbon-negativity since announcing in 2016 that it would reduce its greenhouse gas emissions 25% across its entire supply chain – which at the time spurred competitors including Tyson and Cargill to announce their own goals. Last year, Smithfield also announced the 2025 goal of reducing solid waste sent to landfills by 75%.

“The dialogue around climate change has been elevated in everyone’s minds,” Sullivan says.