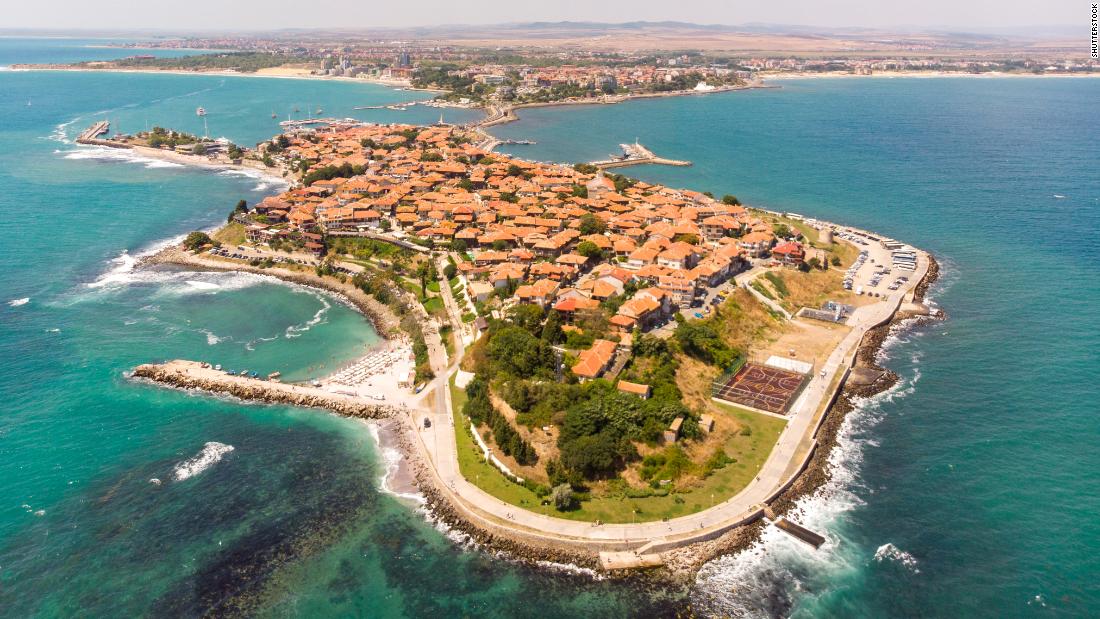 Travel
Share on Facebook
Share on Twitter
Share on Pinterest
Share on LinkedIn
CNN Travel’s series often carry sponsorship originating from the countries and regions we profile. However, CNN retains full editorial control over all of its reports. Read the policy.
(CNN) — For more than a century, Bulgaria has had little trouble enticing people to its beach resorts scattered along the Black Sea coast. City-breakers head to its main cities — including Sofia, the capital, and Plovdiv, the 2019 European Capital of Culture — for an enjoyable blend of culture and hearty Bulgarian gastronomy.
Rila National Park — the country’s largest — has a well-trodden path to its glacial lakes and colorful monastery. And Bulgaria’s ski resorts of Bansko, Borovets and Pamporovo have long ago found fans of affordable vacations.

But there’s so much more to discover in Bulgaria, including the natural wonders of its Black Sea coast, towering mountain ranges and fascinating historic cities.

Due to the global pandemic, entry restrictions are in place in Bulgaria until at least August 31. Citizens of the European Union are currently allowed to visit, as well as other approved countries, but not the United States. Restaurants, bars and entertainment venues are open and operating with restrictions on capacity and social distancing.

Thanks to its airport, Burgas is commonly used as a jumping-off point for the nearby Black Sea resorts of Sozopol and Sunny Beach. But the coastal city has a few sights of its own that will appeal to nature lovers and birdwatchers, namely the half-moon of three lakes curving around it.

At the vast saltwater Lake Atanasovsko, pink waters lap the southeastern side, the vivid color created naturally by microscopic shrimp in the water. People covered in mud are a common sight — the lake’s rich nutrients have turned the place into a large open-air mud bath and spa.

Lake Burgas to the south is home to the Vaya Ecopark, whose trails get you close to the region’s hundreds of bird species. And at Lake Mandrensko, visitors can rent a kayak for a gentle ride across the waters before popping into the ruins of the ancient Roman city of Deultum in Debelt, just beyond the western shore.

In Burgas itself, wilderness has been tamed in the form of the neatly designed landscapes of the coastal Sea Gardens.

The mud beneath the pink waters of Lake Atanasovko is believed to have healing properties.

The wild majestic mountains of Pirin National Park have been on the UNESCO World Heritage list since 1983, and easily rival the rugged landscapes of the bigger Rila National Park to the north.

Sprawling across 403 square kilometers (155 square miles) in southwest Bulgaria, the park’s peaks soar up to 2,914 meters (9,560 feet) at Vihren, the second-highest in the country.

Hikers will be drawn to Pirin’s segment of the E4 European long-distance footpath that starts in Spain and eventually finishes in Cyprus — although there are 19 other marked trails that don’t require quite that level of commitment.

Some of the most popular trails start from the city of Bansko and lead conveniently to rustic mountain huts, hostels and campsites.

Anyone who’s skied in Bansko will have already been introduced to Pirin’s mountains. But they’re unlikely to have come across the park’s 118 glacial lakes, whose sparkling waters shimmer throughout the mountain range.

The biggest and deepest is Popovo Lake, which also happens to be one of the most beautiful. Its waters easily tempt visitors to dive in, but even at the height of summer they’ll need to be prepared for a 16 C (60 F) shock.

Rising steeply from the banks of the winding Yantra River, the narrow cobbled streets and stacked houses of Veliko Tarnovo look like something out of a medieval fairy tale.

Indeed, it was the capital of the Second Bulgarian Empire which existed between the end of Byzantine rule in 1185 until the Ottoman invasion of 1396. Centuries later, in 1879, it was where Bulgaria’s first constitution was signed.

Wedged into its hilly old town are attractive examples of the architecture that sprang up during Bulgaria’s National Revival of the late 18th and 19th centuries.

There’s more than a hint of the Ottoman style of protruding upper floors, mingling with intricately carved wooden balconies and deep-red tiled rooftops. The old market street, Samovodska Charshia, is one of the town’s prettiest and most atmospheric streets, with its collection of food shops and boutiques.

For a crash course in the history of the National Revival, it’s possible to visit the museum in the 1858 Hadji Nikoli Inn — which, handily, includes a restaurant, a wine bar (just the spot to sample Bulgarian wines), a coffee shop and a summer garden.

Lording it over the town is one of Bulgaria’s great emblems, the hilltop Tsarevets Fortress. Rebuilt and wrecked numerous times since about the fifth century, this forbidding fortress was partially restored during the communist era, and its renovated tower is worth the climb for superb views of the town.

In the evenings, sound-and-light shows make the night sky glow. They can be viewed for free in Tsar Asen I Square outside the main gate, or tickets can be bought to watch inside from the panoramic viewing terrace.

The fairytale town of Veliko Tarnovo.

Nessebar is hardly a secret to tourists in Bulgaria. During July and August, visitors from nearby Sunny Beach flock to this tiny ancient town that sits at the end of a narrow isthmus.

It’s a different story for the other 10 months of the year. That’s the best time to wander the cobbled streets and take in centuries of history and discover the fascinating legacies from ancient Greece and the Byzantine and Ottoman empires.

Seemingly wherever one walks in this UNESCO-listed town there’s a Byzantine church in picturesque states of ruin. One, the 14th-century Church of Christ Pantocrator, now houses a museum of antique maps. Meanwhile, the Church of St Stephen contains dazzling 16th-century frescoes and icons.

To delve further into Nessebar’s story, there’s the Archaeological Museum, which, despite being built in the 1990s, has been designed sympathetically in honey-colored stone.

Artifacts going back to ancient Greek and Thracian times can be found here. Visitors will also discover that back in 5th century BCE, Nessebar was on the money — it was one of the first cultures in the world to use coins as currency rather than goods.