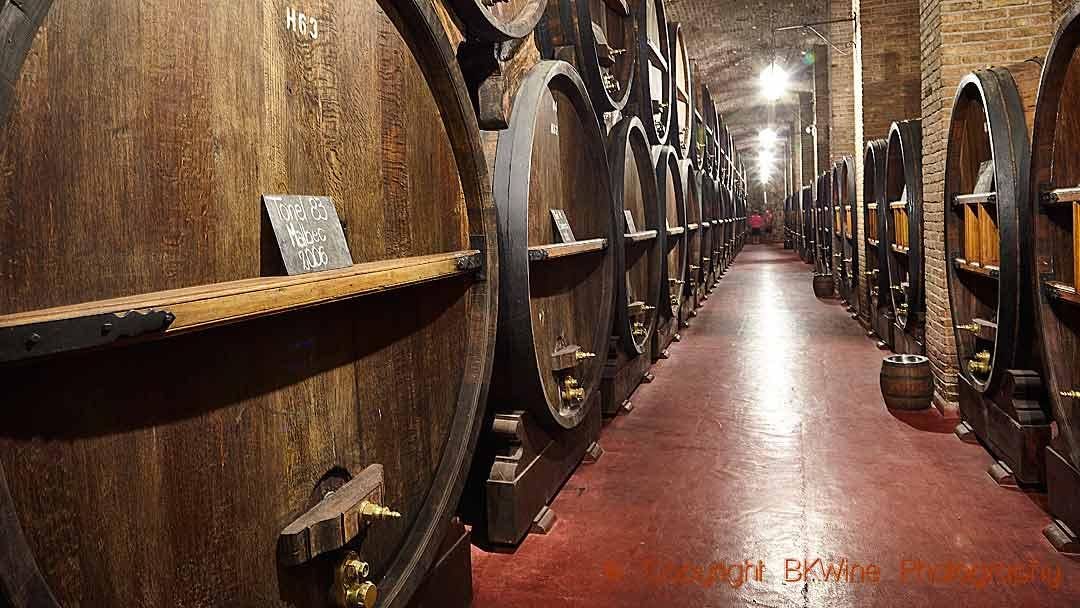 Mendoza in Argentina is a marvellous wine region, and not only for Malbec. But there is no doubt about it; Malbec is the superstar here. You could spend a long time drinking nothing but Mendoza Malbec and still find new taste sensations.

Malbec can be powerful and intense, packed with dark fruit. But also elegant. The styles differ depending on the producer and where the grapes are grown. There is today an enormous will to experiment, to try new ways of fermenting and ageing the wines, and new places to plant vineyards. All this in search of freshness and complexity.

Ten years ago, I visited Mendoza for the first time. At the famous Bodega Norton, I tasted a Malbec 1974 together with their legendary winemaker Jorge Riccitelli. It was a beautiful wine. Jorge was very pleased with it as well. After 35 years it is still lively”, he said. “A good quality Malbec ages gracefully.”

Maybe not everyone believes so, and there are many inexpensive Malbec wines on the market, meant to be drunk as soon as they reach the bottle. But it is true. You don’t have to be in a hurry to drink your Malbec. The fruit makes it immediately pleasant. But other aromas develop after a few years, and the grape can retain a youthful freshness for quite some time.

This freshness is one of the things that the producers are looking for when they go searching for high altitude vineyards in for instance Uco Valley, a one-and-a-half-hour drive from Mendoza city. Uco Valley became fashionable some ten years ago.

However, everybody doesn’t feel the need to hurry down to Uco Valley in search of excellence. Hubert Weber is the winemaker at Bodega y Cavas de Weinert in Lujan de Cuyo. For him, there is no doubt about it: “Lujan de Cuyo has the best terroir for Malbec”, he says.

Watch Bodega Weinert winemaker and manager Hubert Weber explain about his winemaking and about the bodega on this video:

Lujan de Cuyo is the heart of Mendoza. Many of the most famous Mendoza bodegas are situated here. It is close to Mendoza City. You drive south, and the vineyards start before you are even out of the city.

I met Hubert and the owner, Iduna Weinert, at Bodega Weinert earlier this year, in January, when travelling was still possible.

“My father bought this estate in 1974”, says Iduna. She shows us the pompous red brick building that is the winery, built in 1890 in an Italian influenced colonial style. Iduna has been here since 2017. Hubert has been here for 24 years and knows Lujan de Cuyo inside out. He comes from Switzerland and I think he likes it here in Mendoza.

Bodega Weinert doesn’t own any vineyards. Instead, they work with many small grape growers. However, since 2020 they are renting a plot of old Malbec vines, planted in 1910. “We saved it from the urban planners who wanted the land for houses”, says Hubert.

Hubert knows with Swiss precision exactly what he is looking for when he buys grapes. The first requirement is that they have to come from Lujan de Cuyo. Second, they have to be ungrafted. “There is nothing better than ungrafted vines,” he says, “they have more grape typicity.”

Watch the Bodega Weinert winemaker Hubert Weber talk about the taste and character of some of his wines in this video:

Finding ungrafted vines is not evident as Mendoza is not totally free from the wine louse (phylloxera) so many growers prefer to graft on American root-stocks to be on the safe side.

His third requirement is that he wants old vines, a minimum of 60 years old. This is, in his opinion, especially important for Malbec. Some of the grapes he buys are from 100-year-old vines. “Old vines have deep roots and with Malbec, the older the plot, the smaller the grape.” And more concentration in the wine.

His fourth requirement is no hail netting on Malbec. Hail netting is very common in Mendoza as the region sometimes suffers very violent hail storms. Hubert says that the nets push the leaves together and this reduces the sunlight on the berries. They get less tannin and polyphenols. “It is OK for young wines, but not for our style”. Also, with nets, he says that the grapes will be more sensitive to fungus.

The red brick winery houses a superb wine cellar. After a warm fermentation, at 82-86 °F (which Hubert says is old fashioned but he says he gets more complex aromas at that temperature), the red wine is moved to big oak casks for ageing.

Watch Hubert Weber explain how to open a really old bottle of wine (1977) without damaging the cork on the video:

The oldest wine right now in the vats is from 2004. But Bodega Weinert doesn’t sell all wines as soon as they leave the casks. Some of them will spend time in the bottle so that lucky wine lovers without a wine cellar can buy ready-to-drink wines that are 10, 15 years old and more.

The bodega releases around 400,000 bottles on the market every year, some of them very old vintages.

I remember Jorge Riccitelli’s words when Iduna and Hubert open a Bodega Weinert 1994; a Malbec blended with Cabernet Sauvignon and Merlot. It is unbelievably crisp for such an old wine, with complex, ripe plum aromas but also a lovely fresh fruit. A superb wine.