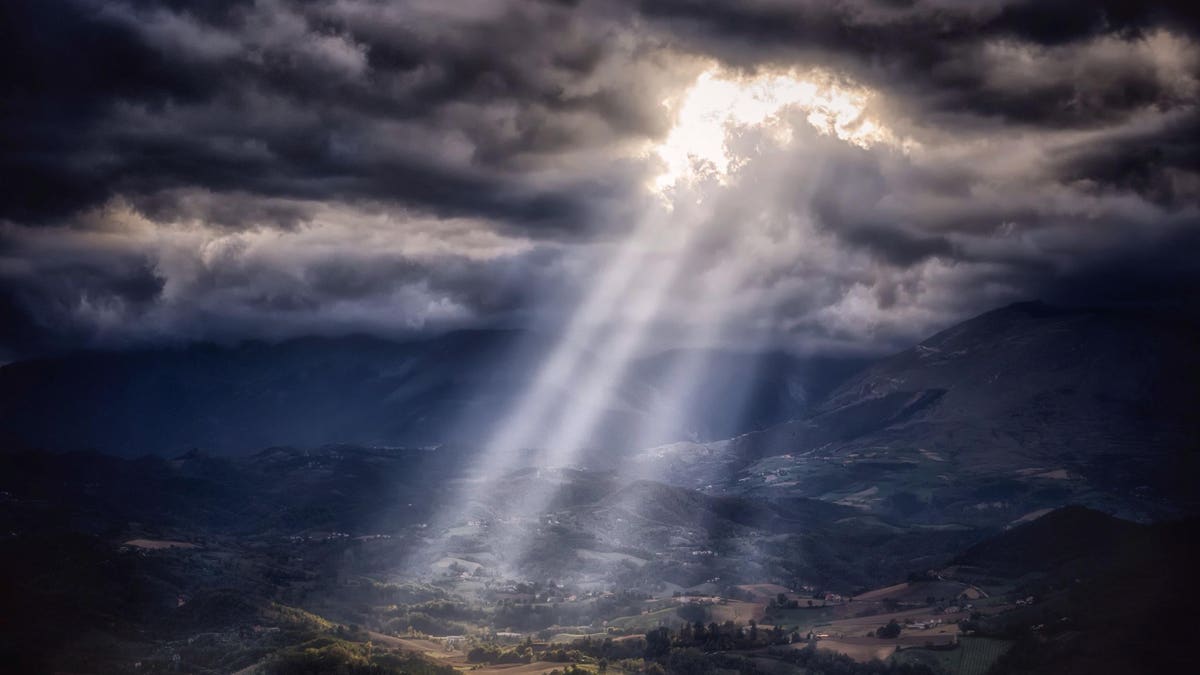 When Cyril Chappellet sat by his father’s bedside as he lay there dying, he and his siblings wanted to promise one last thing to their father – to finally receive 100 points for their Pritchard Hill Estate Vineyard Cabernet Sauvignon. They had gotten close with a “99.5” but that isn’t 100. After Cyril’s father had spent almost 50 years devoting his life to Pritchard Hill, helping to encourage high-altitude “mountain grown” Cabernet, it seemed to his children that he didn’t fully receive the full recognition that he deserved creating some of the most long lived Napa Valley wines, rivaling some of the Bordeaux greats.

Cyril’s father was none other than Donn Chappellet who had been a serious wine collector going back to his college days and although he co-founded Interstate United Corporation, a coffee-vending distributorship in the mid-1950s, he soon left the rat race to pursue his passion for wine. In 1967, at the age of 34, Donn, with his wife Molly and their five kids, said goodbye to their home in Beverly Hills to make a new life purchasing 320 acres of land on Pritchard Hill in Napa Valley; they would make fine wine from Cabernet Sauvignon that was planted at high-altitude, something that was unheard of in California back in the 1960s, and it is still an unorthodox idea as only 3% of the wine grapes grown in California are from altitudes above 1,000 feet and some of the Pritchard Hill vineyards are as high as 2,000.

Cyril Chappellet, chairman and family owner of Chappellet winery and vineyards, recounted his family’s story and expressed that although it was his father’s dream, it was his mother who fell in love with the property; “the hill,” as Cyril calls Pritchard Hill, reminded his mother of the one that Julie Andrews sang on in The Sound of Music and the Chappellets were like the von Trapp family starting a new adventure. Cyril and his mother both still live on the property today and his mother Molly has been a fierce protector of the land as Chappellet has been sustainable since the 1980s and they are currently certified organic, starting the process back in 2012 with only 16% (104 acres) of their current 640 acre property being under vine as the rest is uncultivated.

For decades, Chappellet’s Pritchard Hill has been revered by insiders and their devoted followers and their 1969 vintage is considered to be one of the great wines of Napa Valley. Famous wine critics such as James Laube of Wine Spectator said it could have easily passed for “a timeless Latour” and Robert Parker of The Wine Advocate once wrote, “Old timers have long known that one of the most compelling, riveting, world-class Cabernet Sauvignons ever made in California was Chappellet’s 1969.” In an interview back in 2014, the first winemaker of Chappellet, Philip Togni, stated that “God smiled, and we had a miracle” in regards to the 1969 vintage and the ‘69 did eventually receive 100 points several decades after its creation, as its beautiful longevity astonished wine professionals, but 100 points had never been given to a newly released bottling while Donn was alive.

Back in November of 2019, seemingly a lifetime ago as it was such a different world pre-Covid, Robert Parker Wine Advocate, formerly The Wine Advocate, held a vertical of Chappellet’s Pritchard Hill at their New York City Matter of Taste event. The vertical was led by Robert Parker Wine Advocate’s editor in chief, Lisa Perrotti-Brown, Chappellet’s current winemaker Phillip Corallo-Titus and Cyril Chappellet. The vertical went as far back as 1975 and that wine certainly displayed the incredible aging potential of their Pritchard Hill Cabernet Sauvignon wines as it was still incredibly vibrant.

Phillip spoke about the distinctive qualities that come from Pritchard Hill – of course the high elevations create plenty of acidity in the wines but the vineyards are above the fog line so they receive more sunshine hours, resulting in getting proper ripeness as well. The well-drained volcanic soils of “the hill” factor into producing small, concentrated grapes with skins that are thick and one of the things that Phillip said he has been working on, his tenure began in 1990, was to better integrate the tannins of the wine from the beginning of its life while still keeping plenty of structure that made these wines stunning in their old age. He is not only achieving that better integration by employing various practices in the vineyards and cellar, depending on the vintage, but he has also been blending small amounts of Malbec, which adds a bit of a plush quality to the body of the wine, and Petit Verdot, which is a grape that does really well when there is a large amount of sunlight hours and adds ripe, big shouldered tannins to the blend as well as an interesting spice.

While tasting the wines, Cyril spoke passionately about his father being very hands on in the vineyards from the beginning by driving tractors and helping to manage the vines and he passed that passion onto his kids with Cyril sharing that he helped harvest the grapes for the 1975 Pritchard Hill Cabernet Sauvignon while he was in high school. Cyril also spoke about his father being a humble man that always gave credit to others such as André Tchelistcheff, one America’s most influential post-Prohibition winemakers, as André gave Donn and Molly Chappellet the advice to search for hillside vineyards when they were first starting as well as Donn proudly talking about the extraordinary winemakers that worked for them. Cyril follows in his father’s footsteps by speaking about the extremely talented winemakers of the past such as Philip Togni and Cathy Corison, both going on to start their own wineries, and he certainly is very proud of the vital contributions that their current winemaker, Phillip Corallo-Titus, gives to their wines; Philip actually worked under Cathy Corison at Chappellet for four years in addition to him becoming the winemaker who took her place 30 years ago – adding up to 34 years at Chappellet.

The vertical of Pritchard Hill ended with the 2016 vintage and Cyril shared some profound events that took place during that year: the Chicago Cubs won the World Series for the first time since 1908, the United Kingdom voted in the Brexit referendum to leave the European Union, Michael Phelps became the most decorated Olympian of all time… and Donn Chappellet died on May 22nd at the age 84. While tasting the 2016, Cyril vividly remembered the promise he made to his father to receive a solid 100 points on the first release of a vintage of Pritchard Hill. Well God must have smiled again as the 2016 ended up being an outstanding vintage for them with Lisa Perrotti-Brown of Robert Parker Wine Advocate giving it 100 points.

But Chappellet still strives to be better, to find a more complete expression of Pritchard Hill; for example, they have been using less sulfur dioxide starting with their 2012 vintage, which eventually received 100 points when it was re-tasted and re-scored a second time at the Wine Advocate. But even though there has been a lot to celebrate in recent years, there is no shortage of challenges these days that not only involve the coronavirus but also the fires raging in Napa Valley again. But thankfully, for now, Chappellet announced via Twitter a couple of days ago that their family and employees were safe on Pritchard Hill and the Hennessey fire has not affected any structures or vineyards. And maybe this time it is not just God looking down smiling on them but Donn Chappellet still helping to guide his family and neighbors from beyond to protect the people and place that he held to be the most precious in the world.

1975: 83% Cabernet Sauvignon and 17% Merlot. A strong mineral note on the nose with crumbly rock and wet stones that had still fresh blackberry fruit with hints of tobacco that was vibrant with fine tannins.

2012: 76% Cabernet Sauvignon, 14% Malbec and 10% Petit Verdot. Lots of concentrated rich fruit with blueberry pie that had notes of licorice and upheaved earth and a mineral note that lingered on the long finish.

2016: 90% Cabernet Sauvignon, 5% Petit Verdot and 5% Malbec. Lisa Perrotti-Brown spoke about the 2016 vintage being great in terms of “consistency and quality” and that she loved the “brightness” of the fruit. She continued by stating that during 2016 “the great vineyards of Napa Valley shine like beacons and this [Chappellet’s Pritchard Hill] was one of them.” This wine did have a remarkable balance between lots of layers of pristine fruit and an intense energy that was lifted by a floral note – a wine that was accessible and delicious with silky tannins and lush fruit yet was ethereal in its aromatic charm and bright acidity.

2017 Chappellet Merlot, Napa Valley, California: 76% Merlot, 11% Cabernet Sauvignon, 6% Malbec, 5% Cabernet Franc and 2% Petit Verdot. A mixture of decadence and intrigue on the nose with mocha coffee and grilled plums that had a mouth-filling flavor of red currant preserves yet it still had a fresh finish with hints of cloves.

2017 Chappellet “Signature” Cabernet Sauvignon, Napa Valley, California: 82% Cabernet Sauvignon, 10% Petit Verdot and 8% Malbec. A real generosity of fruit with plush cassis that had layers of complexity that included cigar box, nutmeg and smoldering earth that was accentuated by the tannins that seemed to be like handwoven lace and a long, flavorful finish that still had plenty of voluptuous fruit with plenty of fine structure lifting it up.

2017 Chappellet Cabernet Franc, Napa Valley, California: 75% Cabernet Franc, 12% Cabernet Sauvignon, 10% Malbec and 3% Petit Verdot. Freshly fallen autumn leaves with graphite and sage that intermixed with flavors of black cherries, raspberries and toasted spice with a slight grip on the tannins that formed a firm frame for the wine that help to focus an enchanting lavender aroma on the focused finish. Chappellet has been making a Cabernet Franc varietal bottling for over 25 years despite it only recently gaining popularity in Napa Valley.

Also, Chappellet is known for their Chenin Blanc which at one time was a variety that was torn out of vineyards in Napa for the more popular Chardonnay but it has been quite a favorite among their customers as its high acidity and exotic fruit makes it a wine that sells out fast and it is a favorite of Molly Chappellet.