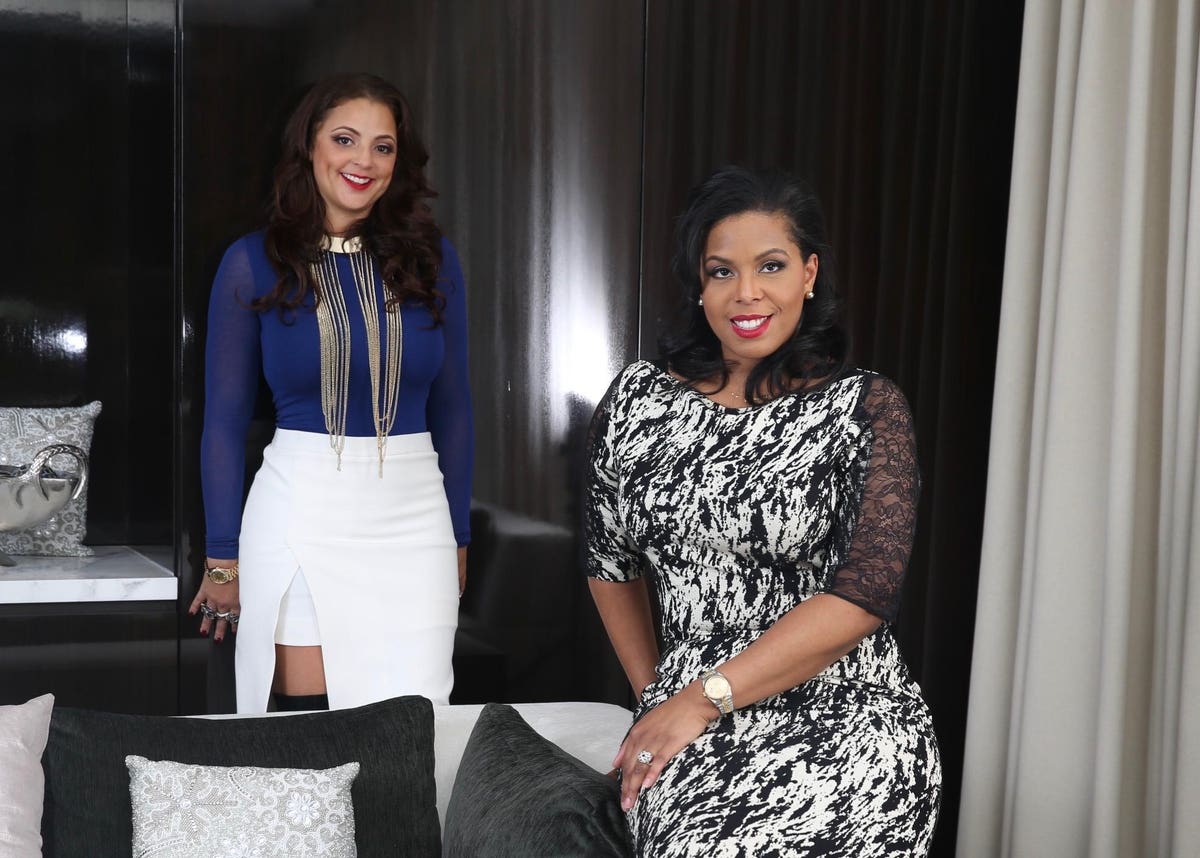 This week marks the 100th anniversary of the 19th Amendment—the pivotal legislation that gave women the right to vote. But the challenges didn’t stop there for 1920s women: many were also simultaneously challenging the ban on selling, producing and distributing alcohol.

Saint Liberty Whiskey, now part-owned by two Black women, is highlighting the female bootleggers who broke barriers during the Prohibition era. Dia Simms and Erin Harris are the modern day trailblazers keeping this spirit alive. Both have had successful careers working at Sean “Diddy” Combs’ Combs Enterprises—Simms is the former president, and Harris is the senior vice president—and played an active role in elevating Combs’ wine and spirits brands, such as CÎROC Ultra-Premium Vodka. The two are now partial owners of Saint Liberty Whiskey and are the founders of spirits advisory and investment company, Hands.

Hands and Saint Liberty Whiskey are working together to highlight the history of the Prohibition era that paved the way for women in the wine and spirits industry today by paying homage to bootleggers including Bertie “Birdie” Brown, a Black homesteader from Montana who was known for her moonshine. Saint Liberty’s Bertie’s Bear Gulch Bourbon whiskey will be proofed and bottled in the state where she resided, using the same Rocky Mountain water that she would have used 100 years ago.

For(bes) The Culture, Forbes’ recently launched hub for Black and brown professionals, spoke to Harris and Simms about their efforts to recognize and celebrate the accomplishments of wine and spirits groundbreakers like Bertie Brown.

For(bes) The Culture: How has female entrepreneurship evolved, especially for women of color?

Erin Harris: No matter what industry we’re in, we approach it with entrepreneurial spirit. We treat the business like it’s our business. Some of the women over the last 15 years who I’ve been inspired by are Jacquie Lee, who was at Diageo during the time of the deal with Dwayne ‘The Rock’ Johnson and Sean Combs. She created a path for executives to evolve their marketing spirits to hone in on the possibility of a major deal like that.

Also, the McBride sisters, who are super assertive. They own vineyards and a wine portfolio in California. They didn’t know anything about wine when they first started, but they ended up launching something of their own.

Additional examples include Fawn Weaver, CEO of Uncle Nearest and Ingrid Best, who is the new Combs wines and spirits global marketing vice president. All of these women, whether they work for a corporation, or for a business—or if they own their own business—are approaching it in a very innovative way.

Dia Simms: Women and millennials are the customers in the spirits industry really driving the resurgence and the fast growth of whiskey in the last six years in terms of the fastest growth population. You can’t have an honest, respectful conversation with the customers who are not reflected in your leadership.

It’s incredibly important for women to be part of the conversation at every level. They are not only the ones purchasing at the liquor store, they need to also be at the board level and throughout the entire supply chain.

For(bes) The Culture: What inspired Hands to partner with Saint Liberty Whiskey?

Simms: If you look at the history of America, frankly, it’s replete with untold stories. It’s a disservice to all Americans to hear filtered, selected excerpts from our history and it drives a false narrative that leads to women and people of color being disproportionately left out. There are stories of these women, Bertie, in particular. It was downright dangerous to be a Black woman bootlegger. She took all those risks and became well known, not for only providing what they used to call the best moonshine in the country, out of Montana, but also for her hospitality.

The one interesting point about Erin and I and Hands goes back to when we both worked for a guy named Mark Barnes in Washington, D.C. Then we came together to work to build Cîroc [and learned the] importance of hospitality, of taking care of your customers, of remembering the details, of providing a full sensory experience. Bertie “Birdie” Brown was famous for that. When people went to her place, they felt truly welcomed. Even though she was getting harassed by the law, she was able to forge on.

Harris: It’s a great thing to have that type of hospitality and that level of attention to detail, especially when you’re talking about your consumer, because a lot of the spirits industry is based off of shipments. How Dia and I have navigated through the spirits industry is by focusing on the consumer pull through and depletion. We know, just from our time with Mark Barnes and our time with Sean Combs, as well, that the better you treat your customer and the more you know them, the more you get that repeat business.

For(bes) The Culture: What similarities do you share with women bootleggers of the 1920s through the development of Hands?

Harris: Just like these 1920 bootleggers who have these untold stories, there are many women and Black women, specifically, who haven’t had these stories told about them as well.

For(bes) The Culture: How are women making shifts and transitioning into the forefront of this industry?

Simms: We’re knee deep in the research now. It appears that there actually were more women bootleggers during this time period than men. One reason was because the law, at that time, would not search women, so they had more freedom during prohibition.

The women who are successful in the spirits industry often, frankly, aren’t at the same level from a compensation standpoint. They’re largely unheard of, so many brands only celebrate the story of men. Part of what Hands is set up to do is to be part of that change.

For(bes) The Culture: How are you making waves for other women in the wine and spirits industry?

Harris: I’ve learned so much from the tutelage and mentorship of Dia. We’ve taken it on our shoulders to go out there and educate women and make sure that they know they have a space here in the spirits industry to not just work for companies, but to hone their entrepreneurial spirit and be owners and have equity in some of these brands. Many times as women, we shy away from our right to sit at the table and to also be compensated at the same level, to be listened to when we have great ideas around innovation and development. We consult with various women and inform them of the opportunities in the spirits industry.

Simms: The spirits industry is a $29 billion dollar industry. We’re advocating for our fair share. This is not about any special exception. This is just about the fact that women [representing] less than 5% of CEOs is just egregious and there’s no reason for it.

The conversation has been edited and condensed for clarity.