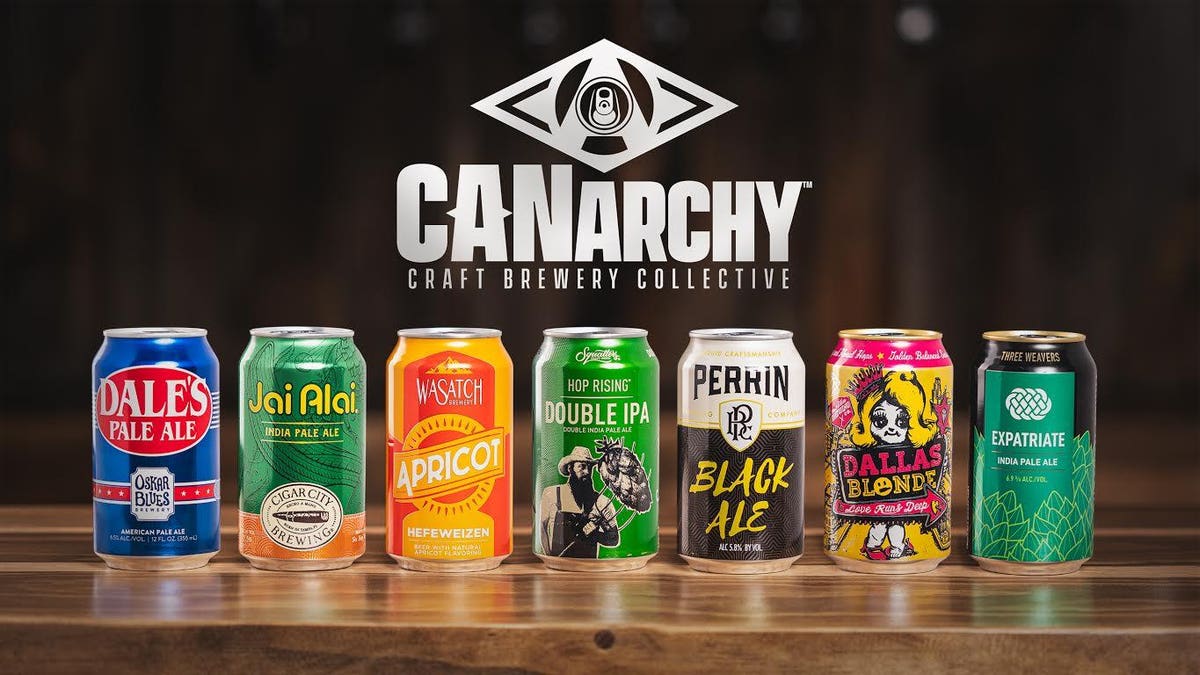 CANarchy Craft Brewery Collective president Matt Fraser had sat in front of the same white wall for so many Zoom calls that a colleague got sick of the backdrop and sent him a three-dimensional decal so scenic even Bob Ross might do a double take.

“I feel like I haven’t left this seat since the middle of March,” he said, referring to his daily video chats with team members, craft brewers and wholesalers dispersed throughout the country.

CANarchy — a private equity-backed rollup that owns the Oskar Blues, Cigar City, Perrin, Wasatch, Squatters, Deep Ellum and Three Weavers breweries – has felt the sting of the coronavirus pandemic like many others in the beer sector.

However, its response has enabled the company to continue growing overall production volume in the high single digits, despite the loss of significant on-premise and taproom business.

“We have local brewers, regional brewers, and national brewers,” Fraser said. “Some are 50% draft, and some are more heavily weighted toward the off-premise. We also have 15 brewpubs and eight manufacturing locations across the U.S., so COVID hit us pretty hard.”

CANarchy’s diversified portfolio of brands, coupled with its raw materials buying power, has given the company a chance to weather the storm better than many other craft beer producers.

Nevertheless, the company still lost 40% of its revenue virtually overnight when the pandemic first began in March. That forced Fraser and other leaders to sharpen their pencils and get creative if they wanted to grow as planned in 2020.

“We were very proactive,” he said. “Our motto was to survive and thrive. We didn’t know if this was going to last one week, one month, or one year, so we quickly implemented a bunch of changes.”

That included quickly taking beer that was bound for kegs and packaging it into cans for off-premise retail sales. It also meant shifting production schedules, closely monitoring aluminum can inventory, placing certain items on allocation, and tightly managing the amount of beer located inside distributor warehouses to ensure that core items didn’t end up out of stock.

“We’re looking at things on an individual basis, and comparing brands to brands, and making production decisions based on what we have on hand and what we have allocated,” Fraser explained.

For instance, if six-packs of Cigar City Jai Alai IPA are ever running low, but there are plenty of 12-packs out in the market, CANarchy will quickly adjust its packaging plans to make sure distributors get stocked with fresh sixers that are moving faster.

“It’s required us to look forward more than look backward,” CANarchy chief commercial officer Chris Russell added. “It seems like an obvious statement, but a lot of times you’re looking at where you’ve been from a rate-of-sale standpoint, and I think it’s become more important to figure out what things could look like 30 days out and project. And we’re getting much more accurate at doing that.”

But in order for CANarchy to dial-in its forecasting and continue growing during the COVID-19 pandemic, Fraser and Russell have had to spend hours poring over spreadsheets and conferencing with the executive leadership team every day.

The upside of working remotely, however, is that CAnarchy has become more efficient. Fraser and Russell no longer have to jump on airplanes, book hotel rooms and go out to expensive dinners when catching up with wholesalers. Instead, they can video conference with multiple distribution partners, across three different time zones, without ever getting up from their chairs or spending a dime on accommodations.

“This has made us a better company, there’s no question about it,” Fraser said. “Historically, you’re picking and choosing who gets to visit and where you’re going to go. Now you can have four people cover a meeting and you’re getting more accomplished.”

The downside of staying home, however, is that Fraser feels more detached from the marketplace because he’s less able observe consumer buying habits in person at a bar or a grocery store, ultimately stifling the innovation process.

“That’s going to come back eventually, but in the meantime, we’re making sure we use data as much as possible to catch trends early and stay ahead,” he said.

According to Russell, Wild Basin accounts for 90% of the company’s seltzer volume, but the other offerings give the company a better chance to maintain shelf space and connect with consumers in specific markets.

“Innovation on the seltzer side has been important for us and will continue to be a major focus,” Russell said.

According to CANarchy, portfolio-wide off-premise sales were up more than 33% through the first six months of the year. The company is also the seventh largest hard seltzer supplier in the country, with sales of Wild Basin’s mixed pack growing more than 500% on the year.