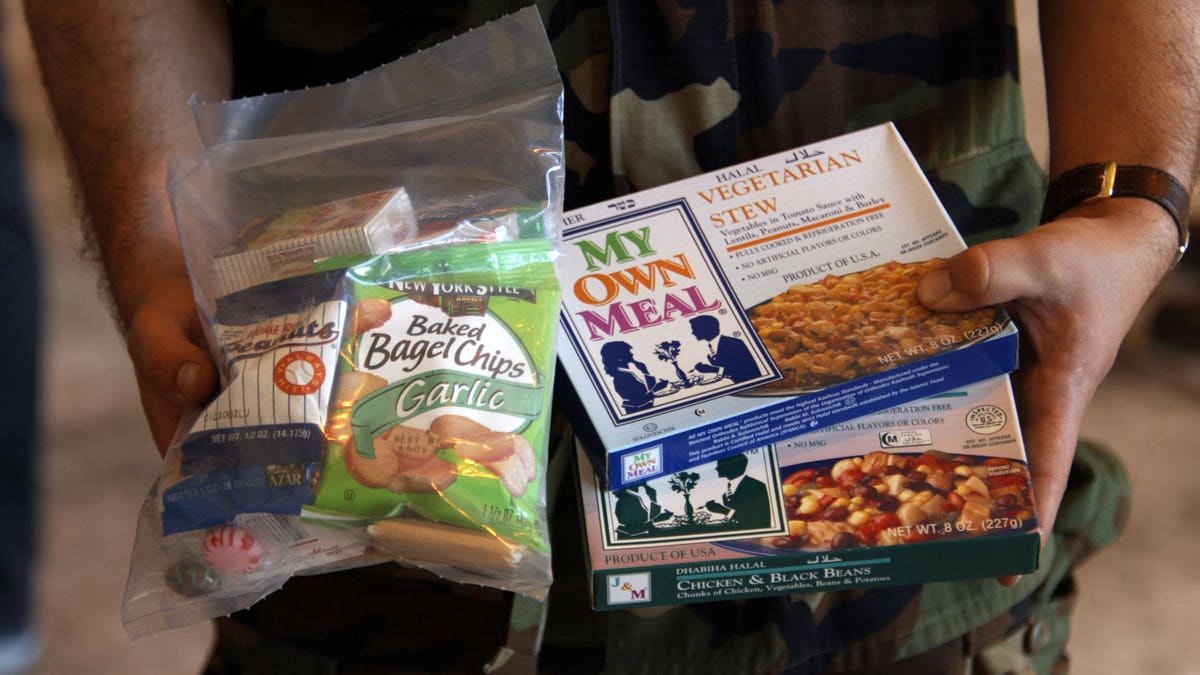 Civil rights lawyers sent a letter to a Miami, Florida, detention facility run by Immigration and Customs Enforcement claiming that its Muslim detainees are being fed pork, a food prohibited by Islam, and have been given expired meals that meet their dietary restrictions, but reportedly made them ill—and the facility’s chaplain allegedly dismissed their concerns, saying “it is what it is.”

“ICE officers at Krome have repeatedly served pork or pork-based products to Muslim detainees, contrary to the detainees’ sincerely held religious belief that they are forbidden from consuming pork,” lawyers representing civil rights organization Muslim Advocates and Americans for Immigrant Justice write in the letter.

The letter also claims that for over two years Muslim detainees were given rotten halal meals—meaning they fit their religious dietary restrictions—that made them sick.

The letter alleges that when detainees asked the facility’s chaplain for help in getting their religious dietary needs met, the chaplain told them “it is what it is.”

The lawyers also provided a photocopy of halal meal food labels that show the meals expired in August 2017, and were allegedly served to detainees in December 2017, two months after the expiration date.

This isn’t the first time ICE has been accused of giving Muslims pork in their meals; in 2019, a Pakistani-born man with a valid U.S. work permit was reportedly given nothing but pork sandwiches for six straight days.

ICE and representatives of the Krome facility—including the chaplain—did not respond to requests for comment by Forbes.

“In the face of the Krome staff’s indifference and inaction, Muslim detainees are left with three choices during this pandemic: eat meals that contain pork, eat meals that are spoiled, or eat nothing at all,” the letter states. “Consequently, Muslim detainees have been forced to choose between their sincere religious beliefs and their health. Many have suffered illness, like stomach pains, vomiting, and diarrhea, as a result.”

1,000. That’s how many detainees Krome can hold, according to a 2019 Southern Poverty Law Center report on South Florida’s ICE facilities, and typically has 500 to 600 detainees at any one time.

In 2019, the American Civil Liberties Union wrote about the different ways in which the religious rights of ICE detainees are violated. Sikhs, Hindus, Christians have also reported religious violations such as having religious texts like the Quran or the Bible confiscated, or being forced to pray next to dirty toilets. The ACLU also says ICE routinely denies immigrants access to religious diets, like halal meals for Muslims. Under Islamic law, pork, alcohol, carnivorous animals like wolves, birds of prey, such as vultures and amphibians, like frogs, are the foods prohibited, according to Religion News Service. Meat and poultry are only considered halal if the animals are conscious when slaughtered, and bleed out before they die.

The Trump administration in July sanctioned multiple high-ranking officials in China’s Communist Party for human rights abuses against Uighur Muslims, a minority population there. Mistreatment of the Uighurs by China included forcing them to consume pork during China’s lunar new year celebrations, which take place annually in February. The phrase “it is what it is” was recently made omnipresent by President Trump in response to 170,000 deaths to date in the U.S. coronavirus pandemic.