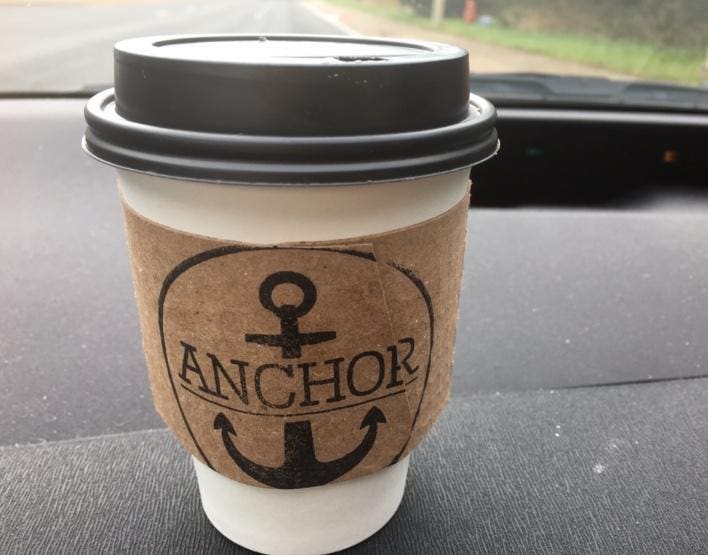 At this time last year, Kyle Bondy and his coffee bar partners were about to take a big gamble.

Anchor Coffee House, which had shops in two neighborhoods of Windsor, Ontario, across the river from Detroit, was about to open a third, in the sprawling Devonshire Mall on the outskirts of town.

As I wrote last year, the mall location was part of a then-growing trend. Office buildings, supermarkets and malls all were eager to attract local coffee names, hoping their customers would follow.

Things were buzzing along for Anchor Coffee until March, when the Canadian and Ontario governments suddenly imposed severe restrictions meant to fight the spread of the coronavirus.

Bondy got 12 hours notice that he would have to temporarily shut down all three shops. And, while his two original stores are back open, he told social media media followers on Friday that the mall store was closing permanently.

“It is with a heavy heart that we announce the closure of our Devonshire Mall location,” he wrote on Instagram.

“This year has thrown everything into a whirlwind in a way that none of us could have planned for. After spending countless hours of design, planning and construction; this hasn’t been an easy decision. It has been our biggest build out to date, and one we are so proud of.”

He went on, “We choose to remain thankful for this awesome opportunity to bring locally focused quality to a segment of the industry usually more focused on quantity.”

Bondy’s first inkling that coronavirus was about to mean massive changes came during the second week of March. He received a notice from the local health department, warning of the dangers that the virus posed.

As he was absorbing the information, government actions quickly followed.

First, Canadian Prime Minister Justin Trudeau announced that the border with the U.S. would be closed to all but essential travelers, such as health care workers and truck drivers.

It still has not re-opened. The closure was recently extended to Sept. 21, and many experts think it could remain closed for the rest of 2020.

Then, in mid-March, Ontario officials ordered that all restaurants, food outlets and bars had to close, unless they could offer carry out and delivery. Anyone who violated the order could be cited and fined. Meanwhile, Windsor officials ordered shopping malls temporarily closed.

“It went from, ‘this virus’ to ‘you’ll be cited with a fine’ in two days,” Bondy recalls.

Unable to operate at the mall, that left Anchor Coffee with its two original stores in Walkerville, a neighborhood known for small shops, restaurants and art galleries, and the other on Huron Church Road in a small office park not far from the Ambassador Bridge.

I was introduced to Anchor by my friend Heidi Jacobs, an author who won this year’s Stephen Leacock Memorial Medal for Humour for her novel, Molly Of The Mall.

In 2017, I named Anchor’s cortado as one of the best things I ate and drank that year.

Bondy was understandably shell-shocked. “After eight years of not laying anyone off, I laid everyone off,” he said. He says he thought, “Am I going to lose all this based on circumstances beyond my control?”

A quick response — and some soul searching

Quickly, the three partners — Kyle, his wife Rachel and their friend Ryan Larocque — sat down with their store managers to brainstorm changes that might keep them afloat.

Rachel Bondy, who had originally come up with the coffee bar concept, suggested that they put their catering experience into action.

Instead of individual menu items, they would sell family sized salads, plus liters of soup and baked goods by the dozen.

The partners decided to offer free delivery throughout Essex County for orders above $50, figuring some small town residents might welcome access to their menu. They adopted a new point of sale system that made Web ordering easy.

“Everyone is doing it now, but we did it two days into the pandemic,” Bondy says.

Still, he wasn’t sure that customers would respond. “The average person comes in to get a scone or a sandwich and they’re spending maybe $7 or $8,” he says.

But within a week, they had received several hundred orders. “It just exploded. We were doing as many orders as we could in a day. We were booked a week and longer in advance,” he says.

That demand lasted for about three months, easing somewhat when Anchor Coffee was able to re-open for foot traffic in June.

“It’s one benefit of being smaller and a bit more nimble. It wasn’t easy, don’t get me wrong, we still could have lost everything,” he says.

Beyond keeping them afloat, the partners got the chance to discuss whether Anchor Coffee was the business they wanted it to be.

The trio collectively discovered that they were spending 90 percent of their time on management activities that they didn’t enjoy.

Through Skype conversations with his employees, Bondy also learned that some staff members were unhappy with the direction the shops had taken.

“In some, weird twisted way, we’re kind of glad this happen,” Bondy says. The growth of the business “got us into this sticky place where we didn’t want to be.”

For his part, the pandemic made him realized how much he had enjoyed ordinary conversations with his patrons, and jumping in to fix the espresso machine when required.

“It was a good reset to say, ‘okay, I don’t care whether I’m the bottom person or the president of the company, I want to be on the floor more.’”

Now, rather than simply managing an enterprise, Bondy is behind a counter five days a week.

Some customers have expressed sympathy that he is performing tasks normally done by his staff, but Bondy says, “It doesn’t feel like a demotion. I’m back doing what I love.”

On reflection, Bondy doubts his business or any other establishment could have been prepared for the suddenness with which the COVID-19 shutdown hit.

“For a year like this, you can have all the money in the bank, you can have every standard operating procedure, and then you’re told you’re no longer able to operate your business the way you did the last eight years, and even the last 100 years,” he says.

The experience “revealed the cracks in the foundation,” he says of his coffee company. “We learned more in the last six months than we did in the past eight to 10 years.”